London: The voice of Stephen Hawking was beamed into space with a message of peace and hope on Friday as the British physicist, who gained international acclaim for his work on black holes, was laid to rest during a service at London's Westminster Abbey.

The wheelchair-bound scientist, who died in March aged 76 after a lifetime spent probing the origins of the universe, suffered from motor neurone disease which forced him to use an electronic voice synthesiser.

His ashes were interred between major British scientific figures Isaac Newton and Charles Darwin at the abbey, a 1000-year-old location made famous worldwide for generations of royal coronations, weddings and funerals.

Members of the public from over 100 countries, selected by a ballot, joined friends and family for the service which included a reading from actor Benedict Cumberbatch, who played Hawking in a 2004 BBC film. 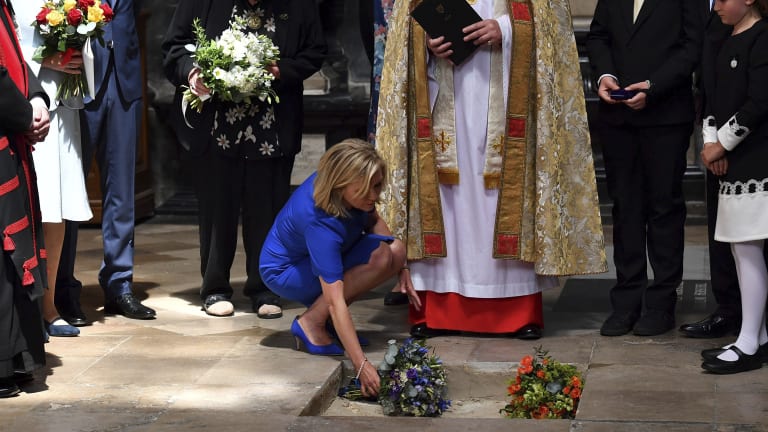 Lucy Hawking lays flowers as the ashes of her father, Professor Stephen Hawking, are laid to rest among Britain’s greatest scientists in Westminster Abbey.

The physicist's voice set to a piece by Greek electronic music composer Vangelis, who created the soundtrack for the 1981 film Chariots of Fire, was sent from the European Space Agency's Cebreros station in Spain.

The sound was beamed towards the nearest black hole, 1A 0620-00, which lives in a binary system with a fairly ordinary orange dwarf star, his daughter Lucy Hawking said in a statement.

"It is a message of peace and hope, about unity and the need for us to live together in harmony on this planet," she said. 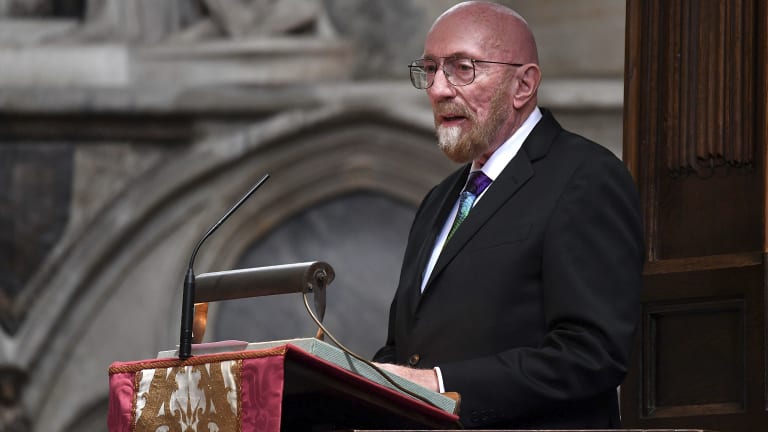 "This is a beautiful and symbolic gesture that creates a link between our father's presence on this planet, his wish to go into space and his explorations of the universe in his mind."

Hawking will rest between Newton, who formulated the law of universal gravitation and laid the foundations of modern mathematics and Darwin, whose theory of evolution was one of the most far-reaching scientific breakthroughs of all time.

Interment inside Westminster Abbey is a rarely bestowed honour. The most recent burials of scientists there were those of Ernest Rutherford, a pioneer of nuclear physics, in 1937, and of Joseph John Thomson, who discovered electrons, in 1940.

Around 25,000 people applied to attend the Service of Thanksgiving, according to the Hawking family.