A wheelchair used by physicist Stephen Hawking has sold at auction for almost £300,000 pounds while a copy of his doctoral thesis fetched almost £585,000 pounds auctioneer Christie’s said Thursday.

The motorized chair, used by Hawking after he was paralyzed with motor neuron disease, raised £296,750 in a Christie’s online auction. It had been expected to fetch up to £15,000.

Proceeds from the chair’s sale will go to two charities, the Stephen Hawking Foundation and the Motor Neurone Disease Association. 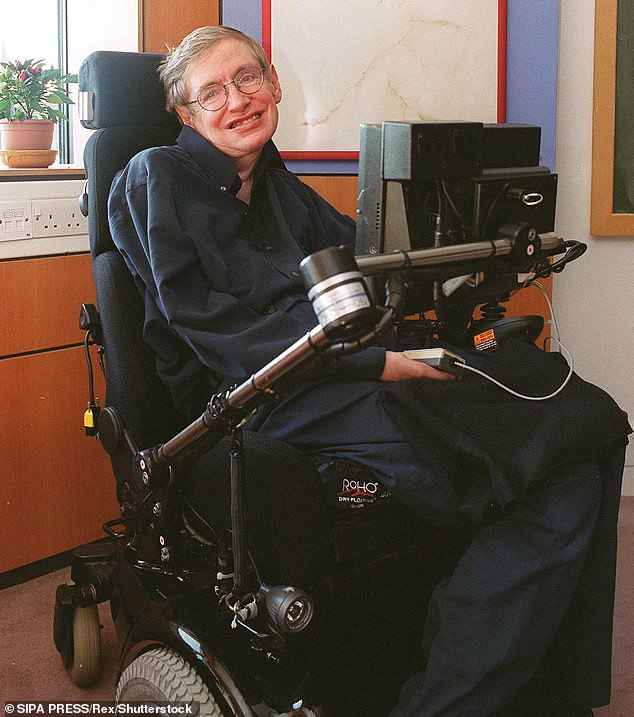 The motorized chair, used by Hawking after he was paralyzed with motor neuron disease, raised £296,750 in a Christie’s online auction

Diagnosed with motor neuron disease at 22 and given just a few years to live, Hawking instead died in March at 76.

He expanded scientific thinking about black holes and the origins of the universe and attained celebrity status, writing best-selling books and guest starring on ‘The Simpsons.’ 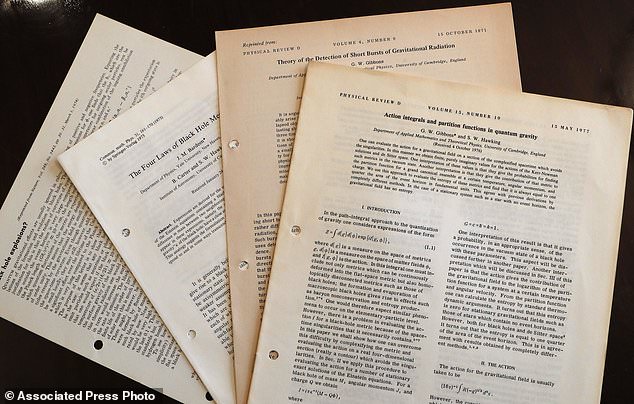 A script from one of his appearances on the animated TV show sold for £6,250 in the sale of 22 Hawking items, while a collection of his medals and awards raised £296,750 pounds.

Hawking’s daughter Lucy said the sale gave ‘admirers of his work the chance to acquire a memento of our father’s extraordinary life in the shape of a small selection of evocative and fascinating items.’

Hawking’s children hope to preserve his scientific archive for the nation. Christie’s is handling the negotiations to hand it over to British authorities in lieu of inheritance tax.