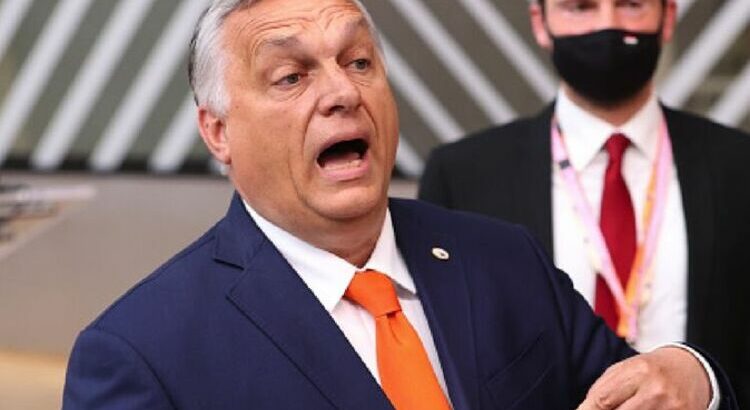 Foreign Affairs minister Peter Szijjarto said it was time Ukraine “stop insulting us” as he made the announcement. He said on April 6: “It is time for the Ukrainian leaders to stop insulting Hungary and to take note of the will of the Hungarian people. “We have been clear from the very beginning about the war in the neighbouring country: we condemn military aggression, we stand by Ukraine’s sovereignty, we have admitted hundreds of thousands of refugees who are running for their lives.

Szijjarto said that the government is not willing to risk the peace and security of the Hungarian people.

It comes as Hungarian Prime Minister Viktor Orban said he was prepared to meet a Russian request to pay rubles for its gas, breaking ranks with the rest of the bloc and highlighting the continent’s reliance on imports that have held it back from a tougher response on the Kremlin.

In response, Ukraine said on Thursday, April 7, that Hungary’s position was an “unfriendly” stance that was destroying the unity of the European Union over Russia’s invasion.

“It is never too late to get on the right side of history.”

Hungary received the first shipment of nuclear fuel for its Paks nuclear plant from Russia by air on Wednesday, after the war in Ukraine made shipping by rail impossible, Mr Szijjarto said on Thursday.

“Fuel (for the Paks plant) has always come from Russia by rail via Ukraine, unfortunately … this is no longer possible so we had to find an alternative way for shipping,” Szijjarto said in a Facebook video from Brussels.

He said the fuel shipment had arrived via the airspace of Belarus, Poland and Slovakia to Hungary with all three countries’ approval, as nuclear energy is not subject to any European Union sanctions.

DON’T MISS:
SNP election win the ‘End of Scotland’ [INSIGHT]
‘We voted for Brexit, we got BRINO!’ Leavers rally against PM [REACTION]
‘Are you kidding me?!’ Ukrainian MP erupts at Sky News’ Mark Austin [VIDEO]

Hungary wants to expand its Russian-built 2-gigawatt Paks nuclear power plant with two Russian-made VVER reactors, each with a capacity of 1.2 gigawatts.

The project, awarded in 2014 without a tender to nuclear giant Rosatom has been often cited as a sign of warm ties between Orban and Russian President Vladimir Putin. The project has suffered delays.

Orban, who was re-elected for a fourth consecutive term in elections on Sunday, told a news conference on Wednesday that Budapest wanted to strengthen its Western alliances, as Hungary’s future was in the EU and firmly within NATO.