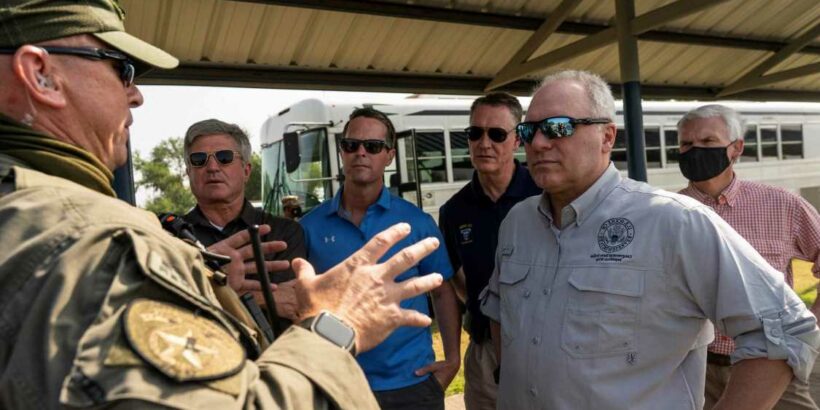 Rachel Campos-Duffy on the cost of Biden’s border crisis

It’s past 11 p.m. as our Fox crew begins the ride-along. Even at this hour, the air is hot and humid. The dirt roads are uneven, framed by dense brush and trees.

Huddled together, the family keeps their heads down, avoiding eye contact. The father appears exhausted.

“There’s a group of migrants here. There seems to be some distress,” Cabrera reports over his radio as he slows his truck to a stop.

It was a bigger group than first thought. Families with children slowly emerge from the darkness. About 10 others step out of bushes or climb over fences, heading toward us. They seem relieved we mean them no harm.

Two women smile and bend down to pray.

“Is the United States this way?” a 17-year-old boy from Honduras asks me, pointing down the road. He doesn’t realize he’s already crossed the border.

He’s been traveling for one month, by train and bus, and also on foot. His mother lives in North Carolina, he says.

“I just want to see my mom,” he says, wiping away tears.

They’re all migrants, but they’re also strangers who’ve banded together for safety. Among them is a girl found alone along the way. She appears about 9 years old. Her family is in Michigan.

The first man to be spotted, the father, grabs my elbow. He’s sweating and coughing.

Cabrera takes his temperature and directs the group to continue down the road toward the Customs and Border Protection (CBP) processing center. The man’s oxygen levels are dangerously low, requiring immediate medical help. Cabrera tells him to climb into the bed of the truck.

“I’ll come right back for you,” he says to our group.

Minutes pass in darkness as we wait for the truck to return. Later, as the drive resumes, we pass more migrants — one group after another.

Our final destination is the Rio Grande River, the real U.S.-Mexico border. At the end of the road we link up with the rest of the tour.

Dozens of vehicles line the dirt path carrying members of Congress from around the country. The delegation is led by Republican House Minority Whip Steve Scalise. 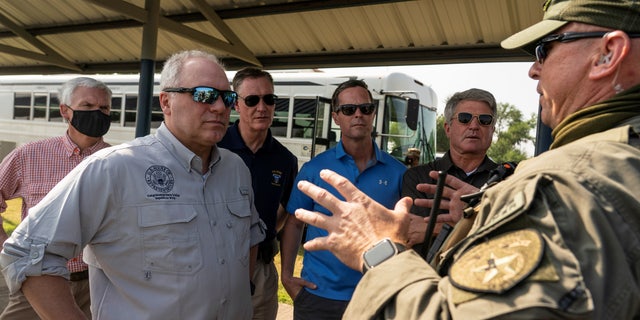 A Republican delegation, including U.S. House Minority Whip Steve Scalise (R-LA), talk to a member of State Troopers before touring a section of the U.S.-Mexico border in Mission, Texas, U.S., April 9, 2021. REUTERS/Go Nakamura

“Keep your feet moving because of the red ants and other bugs,” someone warns the representatives stepping out of trucks and SUVs.

Flashlights illuminate pairs of pants scattered in the dirt. Migrants, we’re told, often strip wet clothes after swimming or capsizing in the river.

“Hundreds of people cross right here,” one border agent explains, pointing to a small inlet. He hands me a pair of night vision goggles to see the other side of the Rio Grande. The river, at parts, is only the length of a football field.

In March alone, more than 172,000 migrants crossed the border according to the CBP. About 19,000 of them were unaccompanied children. 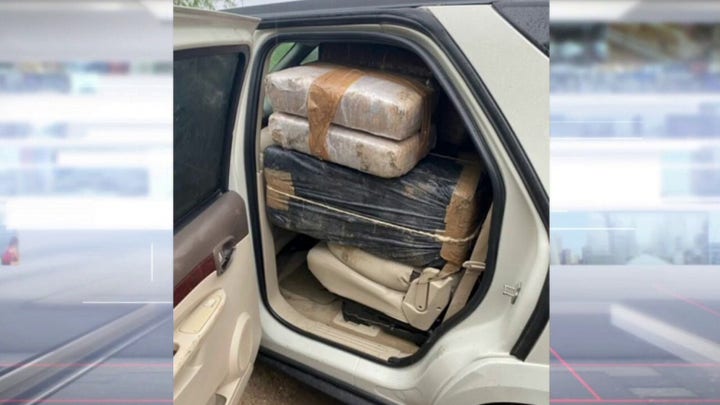 Cabrera has worked the border for 20 years. This is the busiest he’s ever seen it, he says.

According to the Department of Health and Human Services (HHS), only 11% of migrants are unaccompanied minors. Still, that number translates to more than 20,000 children in U.S. facilities.

“We found a young boy that had died of heat exhaustion. He was 8 years old,” Cabrera says. “The worst thing we could ever do is become numb to something like that because that’s not normal. But it’s becoming all too common to us now, that we see kids in situations like that.”

President Biden has vowed to take a more humanitarian approach to the border than the previous administration. Recent estimates indicate this translates to roughly $60 million per week to care for these children.

Still, according to HHS, 80% of unaccompanied minor cases have one family member in the US. And in 40% of cases, that member is a parent or guardian.

Despite finishing their dangerous trip, the journey for these migrants is far from over.

Children and families will get placed in holding facilities while CBP will return single adults back across the border. More than 1 million people are expected to cross this year alone. While their destinations and migration stories may differ, their unwavering hope for a new start in the U.S. remains.