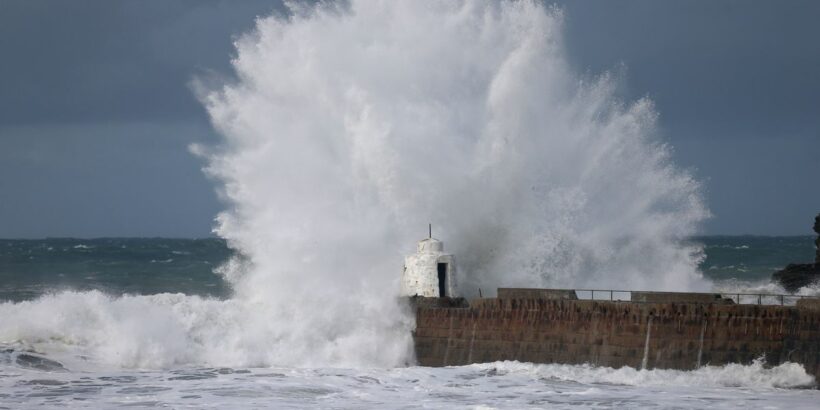 The first named summer storm of 2021 is due to batter Britain on Thursday night with the Met Office urging people to "be prepared".

Storm Evert is likely to hit parts of south west England with winds of up to 75mph with experts saying the newly named storm will bring "unseasonably strong winds and heavy rain".

Amber and yellow weather warnings are in place for parts of the south of England and Wales, with warnings of possible damage to infrastructure and travel disruption.

Forecasters announced Evert as the name for the storm as they advised the public to be "weather aware". They predicted some coastal and hilly areas will see wind gusts of between 45mph and 55mph, rising to 65-75mph gusts across Cornwall.

The naming of Storm Evert comes on the day the Government announced that more than £860 million is to be invested in flood prevention schemes across the UK over the next year.

It is the fourth named summer storm, following in the footsteps of Francis and Ellen in 2020 and Hector in 2018.

The Met Office said the strong winds are likely to cause "some damage to buildings, such as tiles blown from roofs, while "some fallen trees and damage to temporary outdoor structures is probable".

Brits have also been warned of flying debris as well as large waves that could cause injuries or "danger to life" with the scorching heatwave of earlier in July a distant memory.

Sky News weather presenter Nazaneen Ghaffar said: "Storm Evert will then move eastwards into tonight and as it engulfs more of the south and west of the UK, winds will strengthen further. "Severe gales are likely for parts of the Cornish coastline, as well as the Isles of Scilly where the Met Office have issued an amber 'be prepared' wind warning. There will also be strong to gale force winds likely across many southern and south-western coasts of England and Wales.

"Tomorrow (Friday) will still be very windy for many southern and western parts of the UK, and there will be spells of rain or showers, locally heavy, moving eastwards over most of England and Wales.

"Eventually storm Evert will clear away to the east, allowing for calmer conditions later in the day as winds will ease from the west."