But what else is expected and which areas are the most affected? Here's the latest. 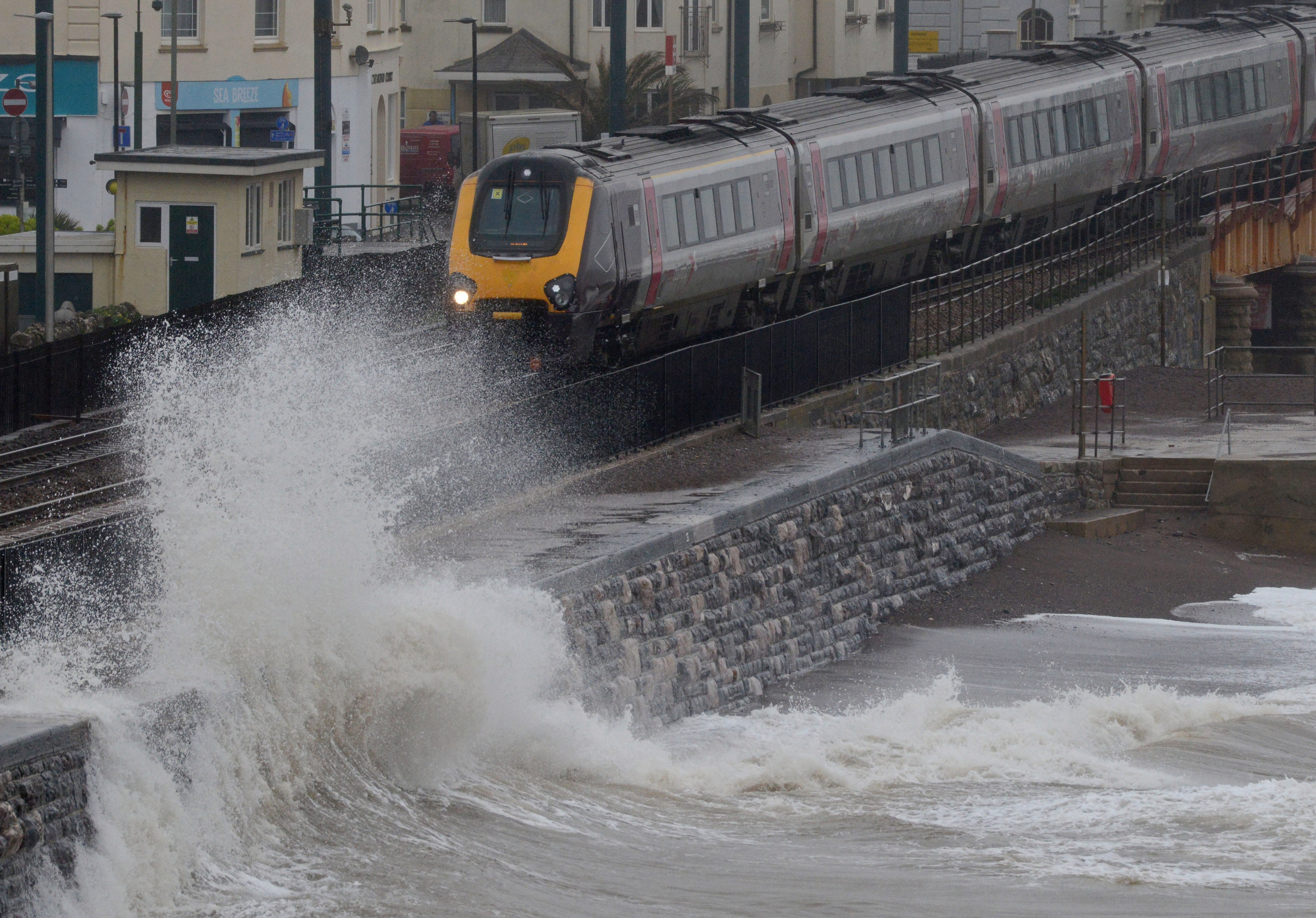 What's the latest on the storm?

Four inches of snow is forecast to blanket the UK as Storm Gareth batters Britain with 90mph winds today.

It is feared winds of around 50mph could put temporary structures in danger of being blown over.

She added: “We expect structural damage to buildings, trees blown down, large waves on coasts and possible power cuts. People should be aware of warnings.

The build up to Storm Gareth is already causing problems with some coastal train services suspended, roads blocked by fallen trees or flooding and around 200,000 homes in Wigan have lost power.

She added: “We expect structural damage to buildings, trees blown down, large waves on coasts and possible power cuts. People should be aware of warnings.

“Gusts of 70-80mph and possibly 90mph over higher ground are forecast – highest in western Scotland.

“But very windy conditions will also affect the rest of the country – with 55-60mph gusts inland in the north and 35-50 mph in the south, peaking on Tuesday night and Wednesday morning.”

Which areas are worst affected?

The Met Office says there is a "danger to life" with 'severe' weather warnings for rain and wind for nearly all of UK – and snow forecast in England, Scotland, Wales and Northern Ireland.

The second day of the Cheltenham Festival is under threat with the racecourse due to carry out a morning inspection on Wednesday.

John Hammond, chief meteorologist for Weathertrending told The Sun Online: “Cold air is sweeping in from the northwest today and will be with us through Wednesday too.

“The Western Highlands will bear the brunt, with up to 5-10cm on the higher mountains – mostly above road level – for a time today.

“Highest roads and settlements in Scotland, Northern Ireland and northern England may see some temporary accumulations of up to 5cm today.

“Snowdonia may see brief accumulations of 2-5cm, but this is most likely above main road level.” 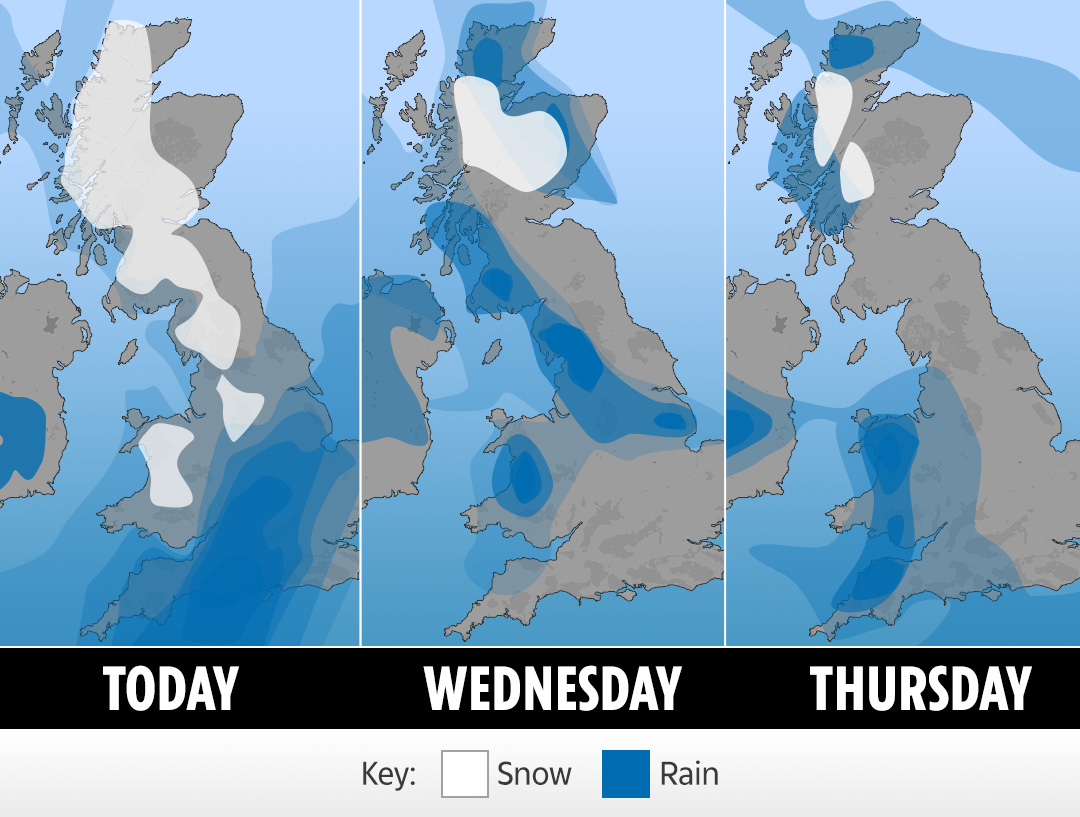 London City Airport is already warning passengers to expect “delays and cancellations” to some flights.

In the West Country the storm has already caused power blackouts and fallen trees blocking roads.

The main trainline through Dawlish, Devon, has been closed.

Highways England said officers were dealing with severe flooding on the northbound entry slip road to Charnock Richard services off the M6 in Lancashire, while a lane was closed on the M6 southbound near junction 33, at Hampson Green in Lancashire, because of a flood.

The Environment Agency said staff had been working through the night in Cumbria and Lancashire to monitor rain and river levels. 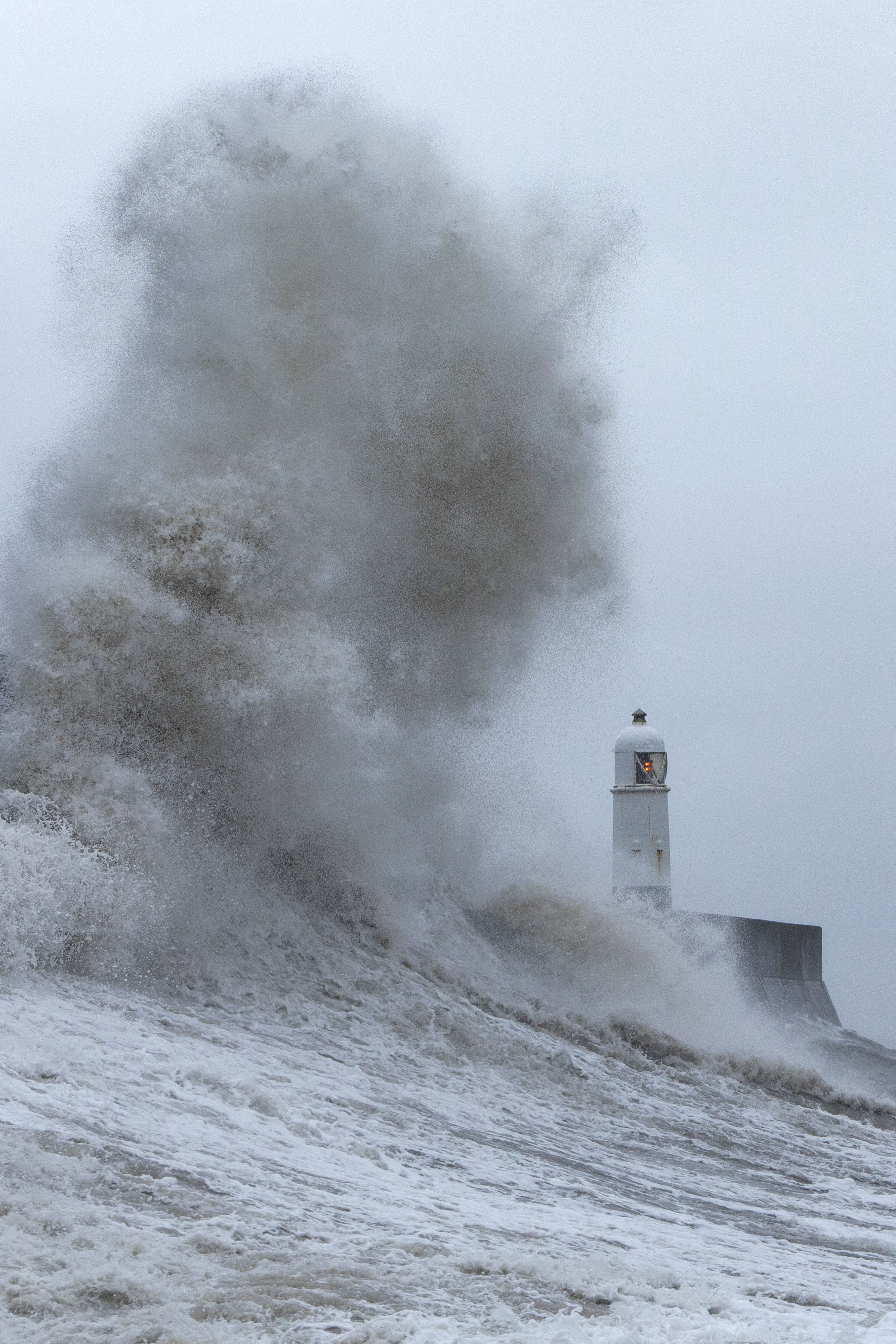 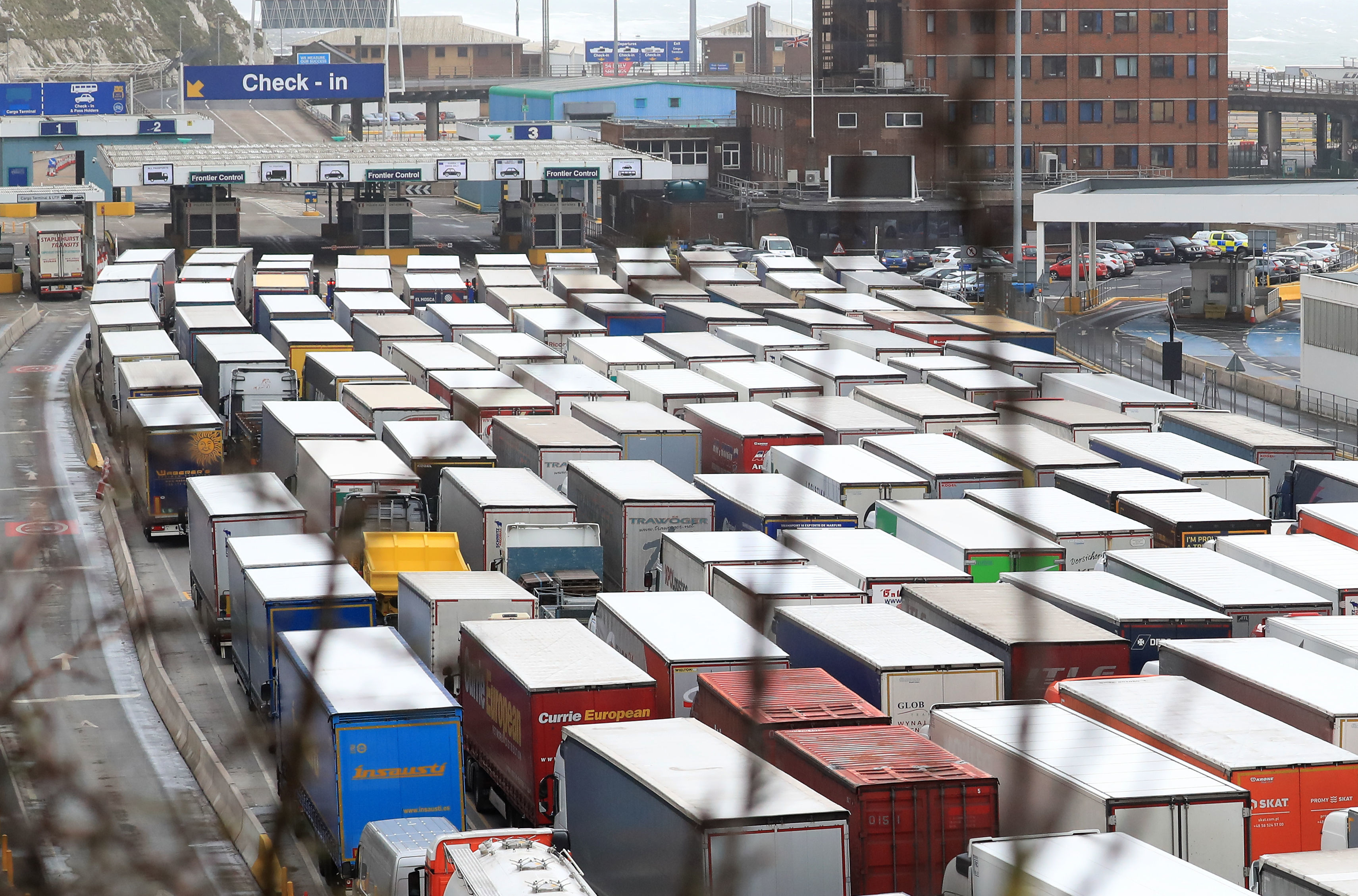 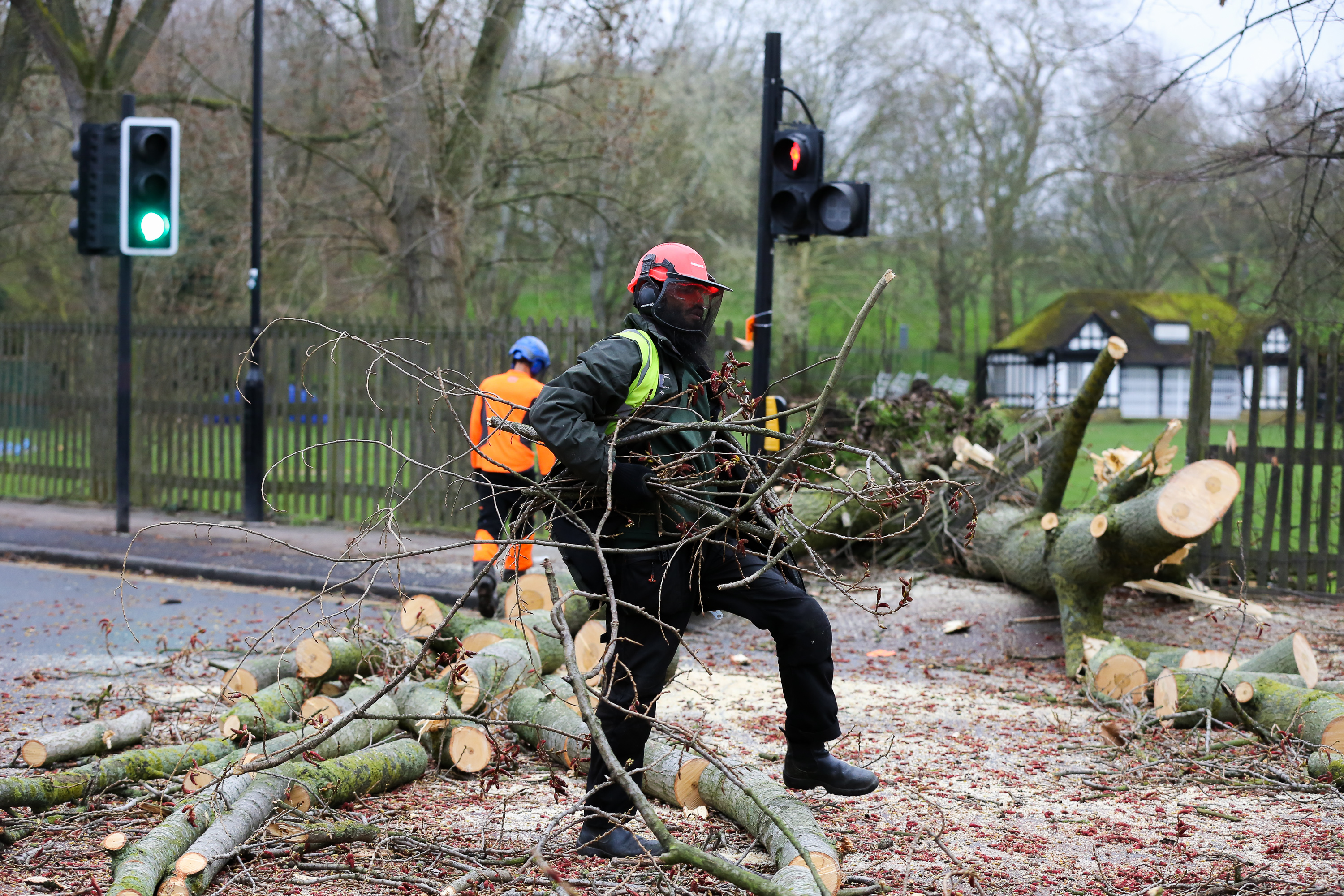 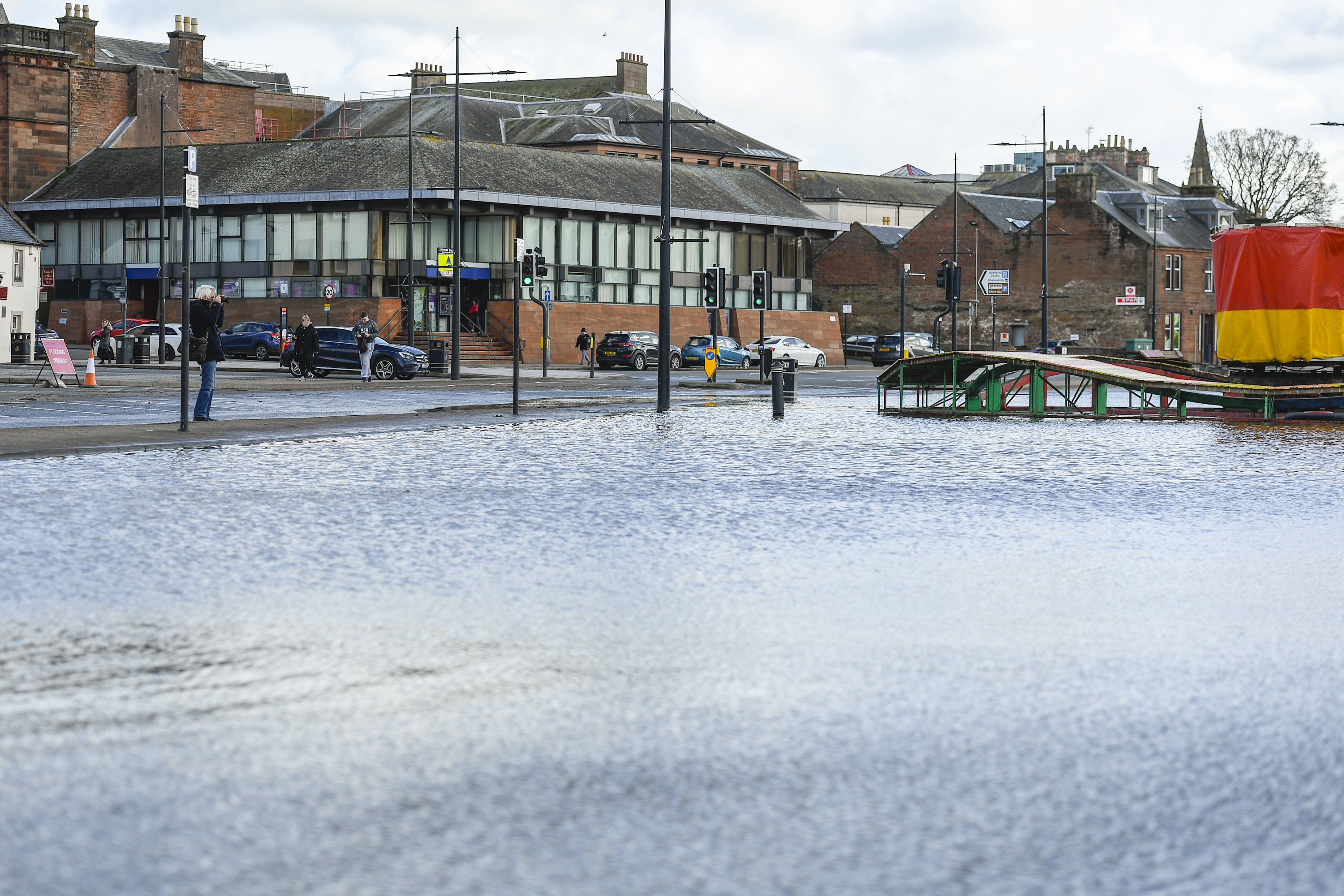