The weather service said the tornadoes had estimated peak winds of 157 kilometres per hour and 177 km/h. 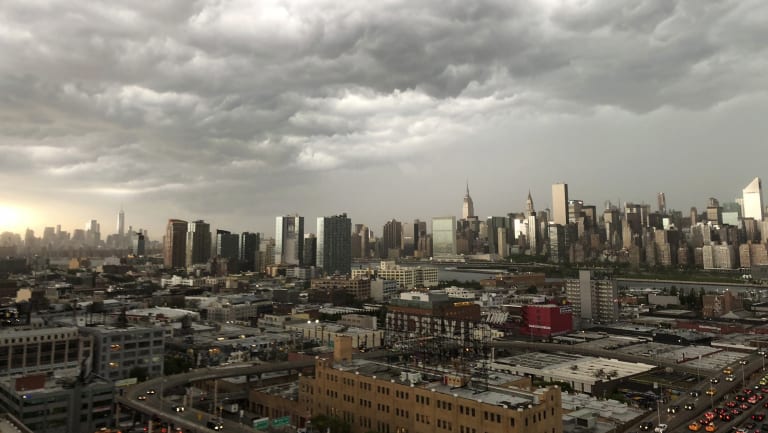 The storms downed scores of trees and power lines. More than 120,000 homes and businesses lost electricity in Connecticut and 157,000 in New York. 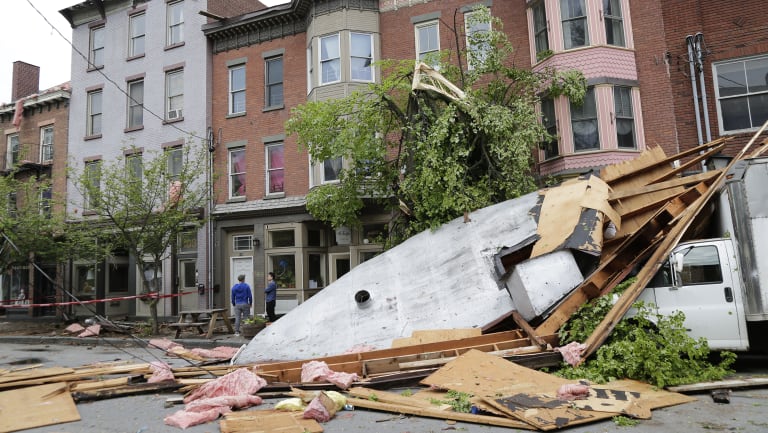 Men stand near buildings damaged by a storm in Newburgh, New York on Wednesday.

National Weather Service officials were trying to confirm whether other tornadoes touched down. Four people have been killed by trees struck by the storm.