‘How ya like me now?!’ Daniels tweeted on Tuesday night, hours after Cohen pleaded guilty in a New York court to eight criminal counts including tax evasion, bank fraud and campaign finance violations.

Daniel’s attorney, Michael Avenatti, said that the guilty plea would bolster her civil suit against Cohen – and claimed that he would now be able to force Trump to give a sworn deposition in the suit.

‘The developments of today will permit us to have the stay lifted in the civil case & should also permit us to proceed with an expedited deposition of Trump under oath about what he knew, when he knew it, and what he did about it. We will disclose it all to the public,’ Avenatti wrote in a tweet. 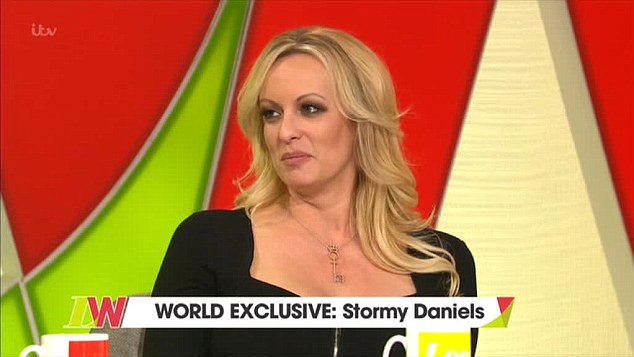 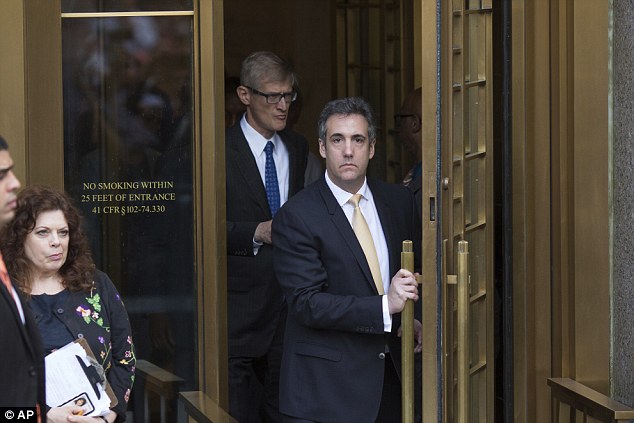 Cohen is seen leaving court in Manhattan after pleading guilty to eight criminal counts on Tuesday. Daniels’ attorney says the pleas will allow him to depose President Trump

Avenatti added: ‘We. Are. Coming. We are going to end this dumpster fire of a presidency one way or another.’

It is unclear whether Cohen’s court testimony would in fact convince a judge to attempt to compel Trump to give a sworn deposition.

Sitting presidents are normally exempt from court processes. But Bill Clinton, while in office, did give a deposition in a sexual harassment civil suit, and his sworn statements about Monica Lewinsky led to his impeachment on perjury and obstruction charges.

Cohen testified that Trump directed him to commit a crime by arranging payments ahead of the 2016 presidential election to silence Daniels and another woman who claimed to have had affairs with Trump.

Cohen did not name Trump in court, but his lawyer, Lanny Davis, said afterward he was referring to the president.

‘Today he (Cohen) stood up and testified under oath that Donald Trump directed him to commit a crime by making payments to two women for the principal purpose of influencing an election,’ Davis said in a statement after Cohen’s plea.

‘If those payments were a crime for Michael Cohen, then why wouldn’t they be a crime for Donald Trump?’ he said. 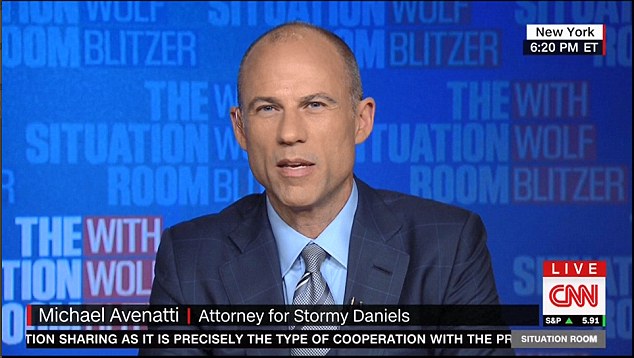 The two payments were intended to silence two women who claimed to have had affairs with Trump and were made prior to the 2016 presidential election. One was for $130,000 given to Daniels, whose real name is Stephanie Clifford. The other for $150,000 related to former Playboy model Karen McDougal.

Trump has denied having affairs with the women. His lawyer Rudy Giuliani has said the payments were made to spare Trump and his family embarrassment and were unrelated to the campaign.

Cohen made the payments from his own money, and then was reportedly reimbursed by Trump. Prosecutors said that the payments constituted an illegal campaign contribution by Cohen.

Cohen said in court he arranged to make payments ‘for (the) principal purpose of influencing (the) election’.

His voice shaky as he answered questions from a federal judge, Cohen said one payment was ‘in coordination and at the direction of a candidate for federal office,’ and the other was made ‘under direction of the same candidate.’

‘He worked to pay money to silence two women who had information that he believed would be detrimental to the 2016 campaign and to the candidate,’ said Robert Khuzami, a prosecutor for the Manhattan U.S. Attorney’s Office.

Khuzami told reporters Cohen sought reimbursement for the money by submitting ‘sham’ invoices for legal services to the candidate´s company.

Cohen’s plea deal includes a possible sentence of up to five years and three months in prison, Judge William Pauley III said during the hearing.

Cohen is currently free on $500,000 bail and is due back in court for sentencing on December 12.