EXCLUSIVE PHOTOS: Stormy’s lawyer Michael Avenatti is pictured FILMING with the Mooch in his Manhattan restaurant after both denied plans to co-chair a cable news show together

Despite their denials, it appears Stormy Daniel’s lawyer Michael Avenatti and former White House communications director Anthony ‘The Mooch’ Scaramucci could be coming to the small screen.

The pair were seen filming at Scaramucci’s Manhattan restaurant just days after both said they would not star in a cable news show together.

A TV executive reportedly pitched the idea of a political show starring the two outspoken spokesmen, but Avenatti told the New York Times he has ‘no interest in television right now,’ and Scaramucci told Fox and Friends he ‘liked people with a full head of hair’. 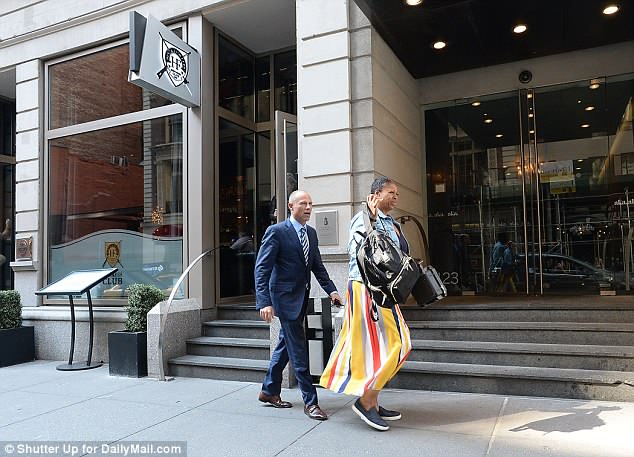 Michael Avenatti was seen leaving the Hunt and Fish club on Friday evening, as a film crew caught every moment

Former White House communications director and Trump loyalist Anthony Scaramucci was not too far behind, also leaving under the watchful gaze of the camera 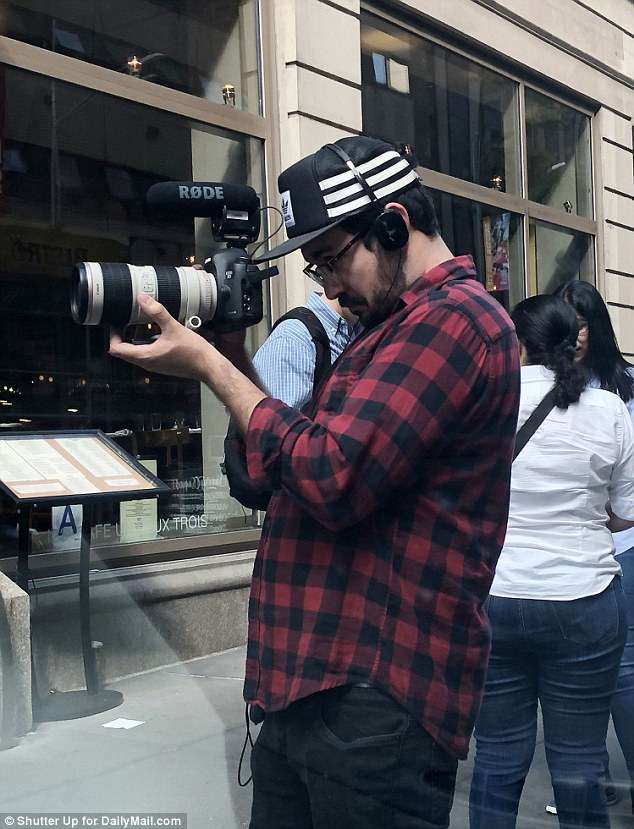 A small reality TV crew were seen filming Avenatti and Scaramucci coming out of The Mooch’s famous Hunt and Fish Club in Manhattan on Friday evening.

An onlooker told DailyMail.com the film crew were seen coming outside first, and filmed two people walking out separately.

Afterwards, Avenatti was directed to leave with one of the other women the crew were filming.

The outspoken lawyer was clearly aware of the plan to film as he was seen speaking with one woman from the filming team and a cameraman soon after.

Scaramucci was the last to leave the high-end restaurant, which he opened with partners Nelson Braff and Eytan Sugarman in January 2015.

Two cable news companies, CNN and MSNBC, were pitched a show with Avenatti and Scaramucci in recent weeks. 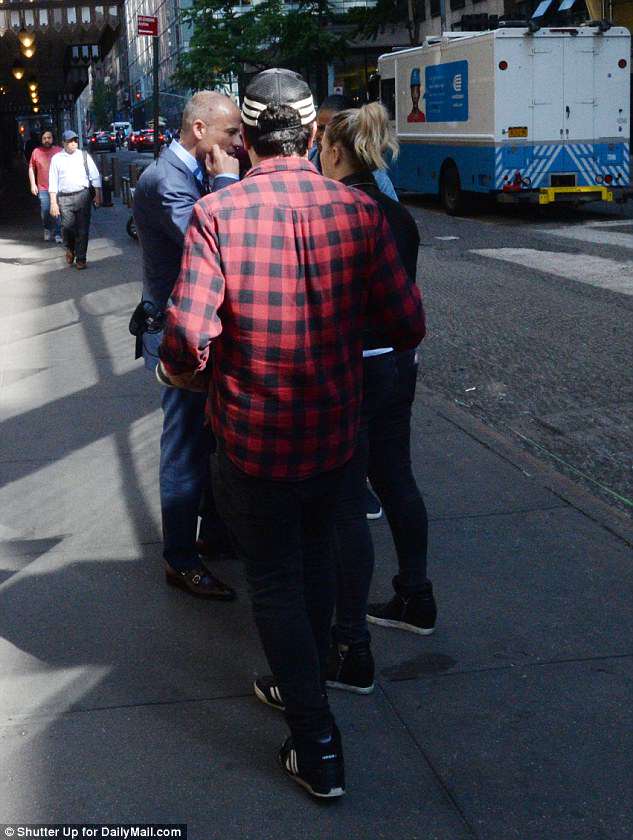 After he performed his walk, Avenatti was seen speaking with a woman on the production team and the cameraman

A man who appeared to be with the group was also seen walking out of Hunt and Fish, as a woman wearing headphones and a radio stood outside keeping watch of the production 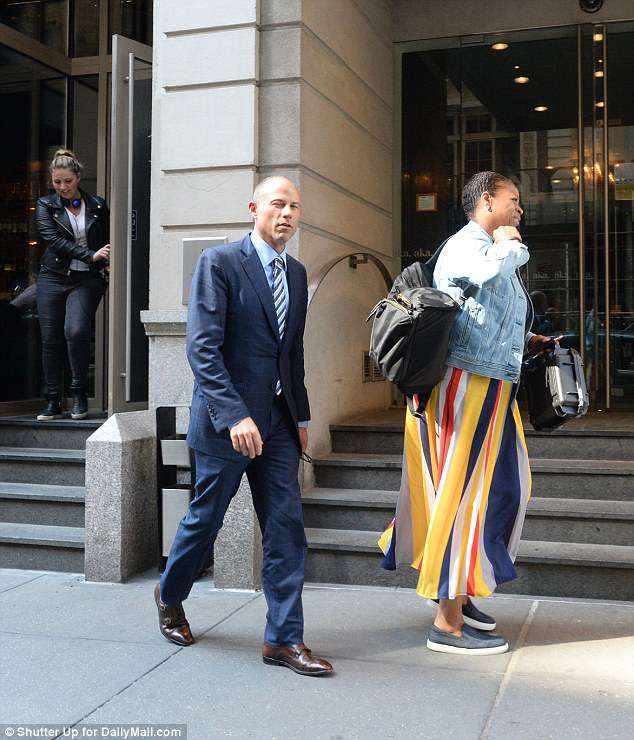 The two men, now staple features of cable news, would be pit against each other in the proposed show.

Avenatti has made a name for himself in the media for constantly embarrassing President Donald Trump as he continues to fight for client Stephanie Clifford, also known as Stormy Daniels.

Daniels is suing Trump to get out of a non-disclosure agreement relating to an affair she had with him in 2006.

A defamation lawsuit was also filed in April, alleging the President tried to tarnish her reputation and credibility by dismissing her claim a man threatened her in 2011, when she was ready to go public about her alleged affair with Trump.

Meanwhile Scaramucci has remained a devout follower of the President, despite handing in his resignation just 10 days after starting work at the White House.

DailyMail.com has contacted both Avenatti and Scaramucci for comment. 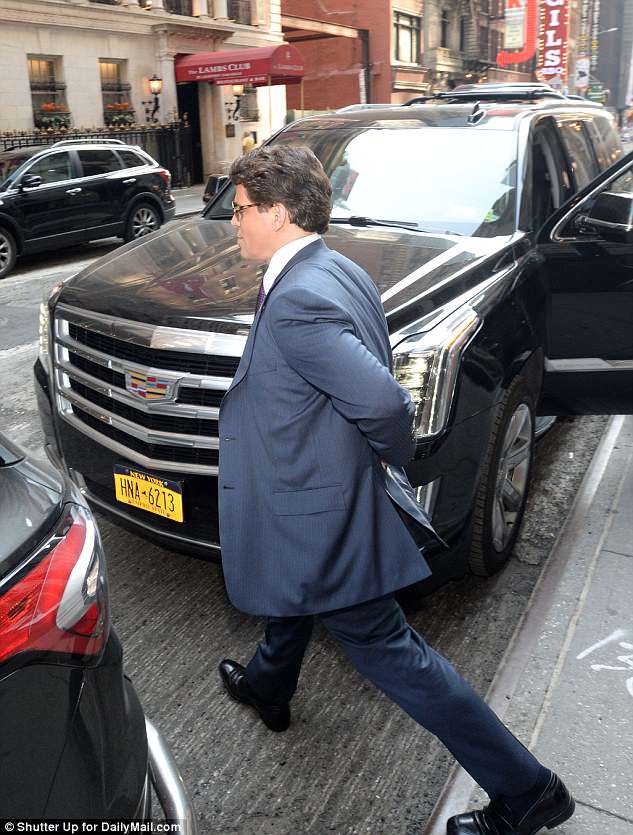 Scaramucci was the last to leave the restaurant on Friday evening. He earlier denied he was making a television show with Avenatti 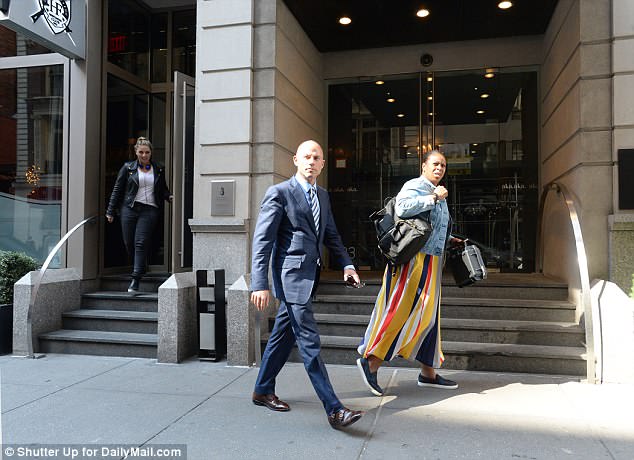