Stranger Things star Noah Schnapp is finally saying the quiet part about the show’s blockbuster fourth season out loud — and fans couldn’t be happier. In a new interview with Variety, the 17-year-old actor confirmed that his alter ego, Will Byers, yearns to be more than friends with his childhood pal Mike Wheeler (Finn Wolfhard). “Now it’s 100% clear that he is gay and he does love Mike,” Schnapp remarks, adding that Stranger Things creators Matt and Ross Duffer have gradually made that clear over the show’s run. “It was a slow arc. I think it is done so beautifully, because it’s so easy to make a character just like all of a sudden be gay.”

Will’s true feelings were strongly implied throughout the season, coming to the fore in a pivotal scene from the penultimate episode, where he consoles his friend after Mike opens up about his fears over losing his girlfriend, Eleven (Millie Bobby Brown).

“These past few months, she’s been so lost without you,” Will says, clearly talking about himself. “She’s so different from other people, and when you’re different sometimes you feel like a mistake. But you make her feel like she’s not a mistake at all … and that gives her the courage to fight on … So yeah, El needs you Mike: and she always will.”

Fans took that sequence as confirmation of Will’s sexuality, although Schnapp initially held off on providing a definitive answer. “I feel like they never really address it or blatantly say how Will is,” the actor said in another Variety interview from May. “I think that’s the beauty of it, that it’s just up to the audience’s interpretation, if it’s Will kind of just refusing to grow up and growing up slower than his friends, or if he is really gay.” 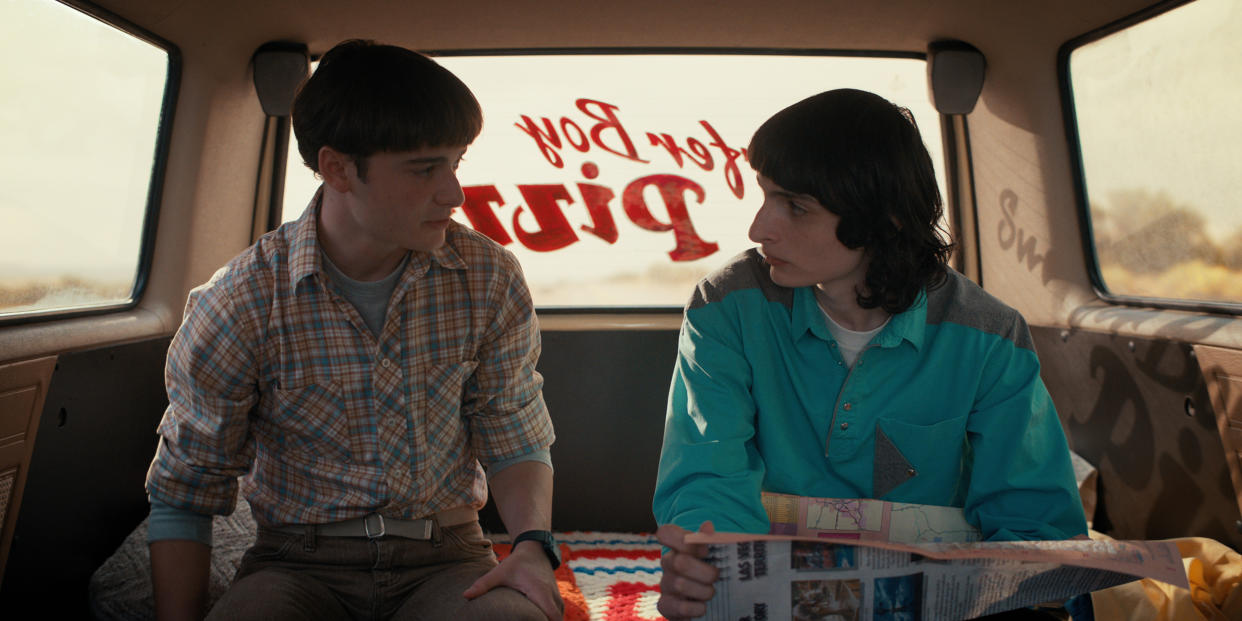 But with the fifth and final season on the horizon, Schnapp isn’t keeping Will’s identity a secret anymore. “Years ago in Season 1, I didn’t know where the Duffers wanted to go with this character,” he says in his latest Variety interview. “So I was kind of figuring it out along with the audience. But now that I’ve spoken to them and seen the show, I know what they want to do with it.”

Schnapp also reveals that another key moment in Will’s journey — his emotional conversation with his older brother, Jonathan (Charlie Heaton), in the Season 4 finale — was made up on the fly. “It was only until after I did the scene of me in the van, where they saw me crying and the protectiveness that you see with Jonathan looking in the rearview mirror. They were like, we need a scene with that. So they wrote it as we were filming.”

“It’s also very important for people to see that Will is not alone,” Schnapp continues. “Because all we ever see of him is struggling and feeling depressed and that he can’t be himself. Jonathan is talking to him in code — it’s just the perfect way to tell someone like Will that he cares about him and he accepts him no matter what. I think it was really wholesome.”

On Twitter, fans are both thrilled that Will is finally living his truth, and bemused that it’s somehow a surprise.

Noah has confirmed, in an interview with Variety, that Will is gay.

I think we all knew will is gay and in love with Mike after last season before he confirmed it. #StrangerThings

But I love Will. How the character is written, I find it very cute. in S1 everyone was being cute because they were kids, but Will and Dustin are the only ones that even growing up kept that innocence. I really like Will and I love his gay awakening #StrangerThings

will being gay is the best thing that happened in stranger things https://t.co/zdEWmtO6ej

I have seen so many people be surprised to hear Will from Stranger Things is gay and I’m like ???? I know sometimes media likes to queerbait and people are rightfully sus but this has been subtext from season one and literal text from season 2??😂😭