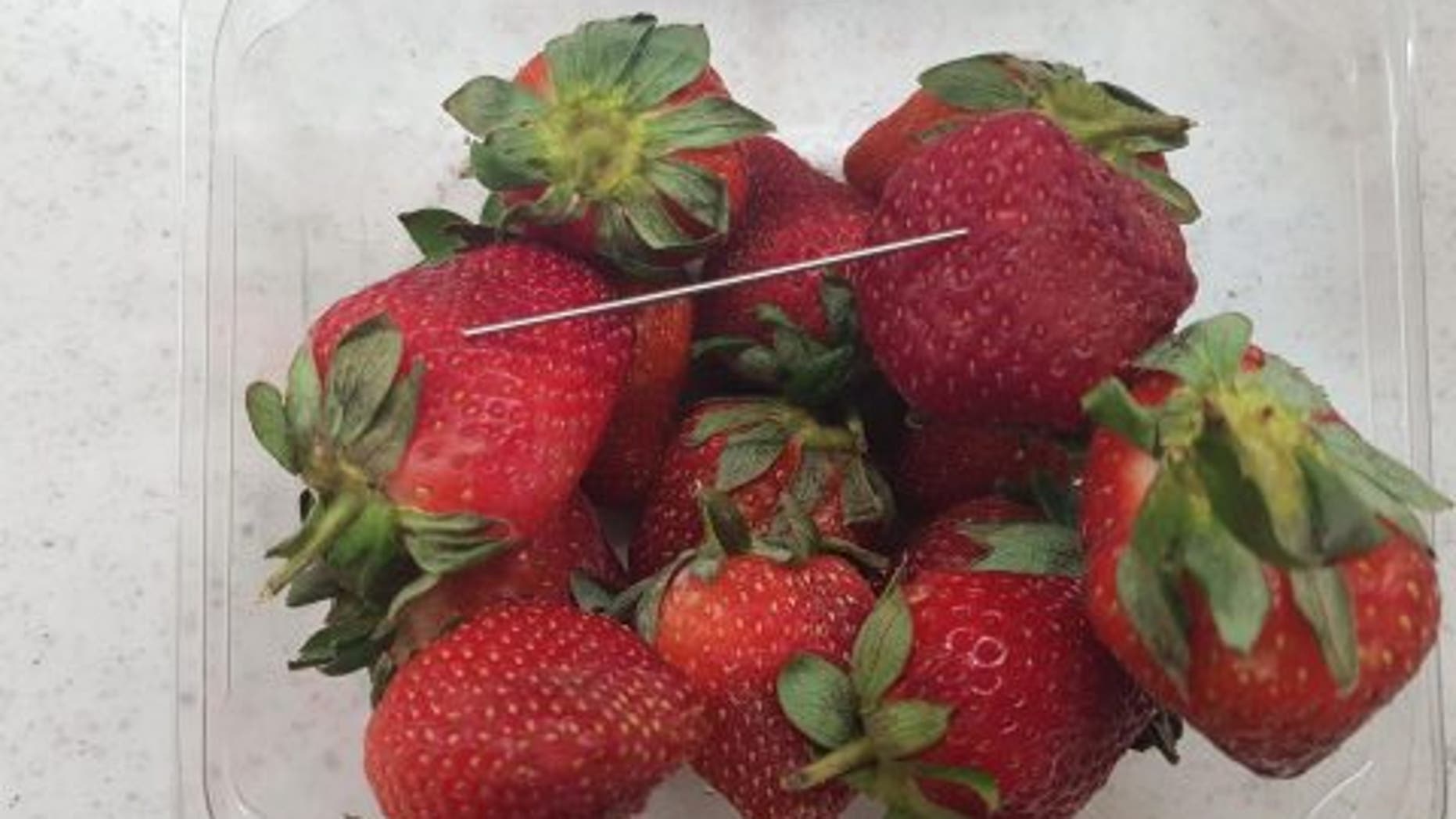 A 50-year-old woman was arrested in connection with strawberries contaminated with sewing needles.
(Queensland Police)

An Australian woman was arrested over the weekend after a two-month investigation into needles hidden in strawberries that sparked contamination fears in the region.

The 50-year-old woman was charged Sunday with seven counts of contaminating goods, Queensland police said. The charges stem from one of the first cases of sewing needles found in strawberries by the fruit company Berry Licious.

“The Queensland Police Service has arrested a 50-year-old woman following a complex investigation into the alleged contamination of strawberries in Queensland in September,” police said in a statement. “After the discovery of punnets of strawberries contaminated with needles, Queensland authorities notified the public of the safety risk on September 12.”

Residents in Australia were urged to cut up their strawberries after several consumers reported finding sewing needles in the fruit. A man, Hoani Hearne, was hospitalized in September after swallowing half a needle hidden in a strawberry.

"I bit into it, felt it break, my knee-jerk reaction was to swallow, and what was left over was half of a sewing needle," Hearne told Australian Broadcasting Corporation (ABC).

More than 100 cases of contaminated strawberries were reported in Australia, as well as one incident in New Zealand, ABC reported.

The incidents, which affected several fruit suppliers in the country, sparked fears among consumers and a drop in strawberry prices, Reuters reported. Queensland police also offered a $70,000 reward in September for information leading to an arrest.