South Australia's police chief admits the state's harsh lockdown, which prevents residents from exercising outside or walking their dogs, may be difficult for the public to stomach if no new coronavirus cases emerge on Friday.

"Yeah, this is a dilemma for us," Police Commissioner Grant Stevens told ABC News Breakfast on Friday morning. 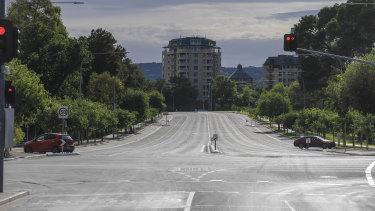 "Maybe it's an easier sell if we had this continuing increase of cases, but that's exactly the opposite to what we want."

But Mr Stevens said he was convinced the approach was warranted and said Adelaide's streets remained empty on Friday morning.

"It's a great sign that people are taking this seriously and they're doing their best to comply," he said.

Mr Stevens said police had issued a small number of fines to people breaching lockdown rules, including two people at the beach and seven at a party in Adelaide's CBD last night. 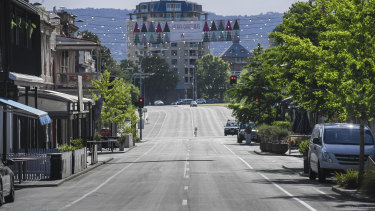 Clinical epidemiologist Nancy Baxter from the Melbourne School of Population and Global Health
said the severity of the South Australian lockdown needed to be judged in the context that the state was operating with no restrictions before the outbreak.

"In Melbourne, so we're still opening up there, but they're fully opened, they haven't had a case of community transmission for seven months so they're very open," she told ABC News Breakfast.

South Australian Premier Steven Marshall initially described the virus as a "particularly sneaky … highly contagious strain". On Thursday, he went further: "The elements of this are quite frightening. It's quite different than anything we've seen before."

But virus experts have questioned those claims.

Professor Mark Stoove from the Burnet Insitute also said it was too early to conclusively say the strain circulating in Adelaide was unique.

"There has been some evidence of mutation in research overseas, but the virus is mutating very slowly, which is a good thing for future vaccine effectiveness and efficacy," he told Seven's Sunrise on Friday morning.

"But I think it is too early to suggest what is happening in Adelaide, the dynamics of the transmission and the asymptomatic nature has anything to do with any radical mutation."

Victoria closed its brother with South Australia from midnight on Thursday for 48 hours, with a more nuanced permit system to be introduced from 11.59pm on Friday.

Western Australia, Queensland and Tasmania have closed their borders to South Australians. NSW is still welcoming visitors from South Australia and on Monday will reopen its Victorian border as well.