Art student, 22, who disappeared 42 years ago was ‘probably tied to a tree’ and ‘possibly sexually assaulted’ before her murder, inquest hears

An art student who disappeared more than 40 years ago was ‘probably’ tied to a tree and ‘possibly’ sexually assaulted before she was murdered, an inquest has heard.

But a retired detective sergeant claimed potentially vital evidence into the suspected murder of Jessie Earl, 22, was ‘destroyed’ by police, the inquest was told.

A 1989 inquest into Ms Earl’s death recorded an open verdict, and it was only in 2000 that Sussex Police concluded that Ms Earl was murdered. No-one has been arrested.

A second inquest, which had been ordered by the High Court in December, opened today at Eastbourne Town Hall, East Sussex. 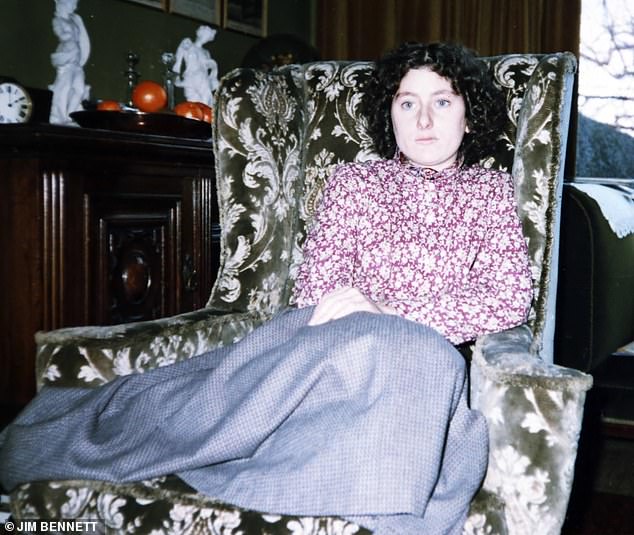 Jessie Earl, 22, disappeared near Beachy Head, East Sussex, back in 1980 without a trace

Ms Earl’s body was found in undergrowth at Beachy Head near Eastbourne, East Sussex, in 1989, nine years after she vanished from her nearby bedsit.

The only item of clothing found with her bones was her bra, which the inquest heard was tied in a knot and could have been used as a ‘restraint, gag, weapon or ligature’.

Retired Sussex Police detective sergeant Anne Capon told the inquest: ‘We had a view that she had been restrained in some way by her bra, and because it was found near a tree we believed she could have been tied to a tree.’ 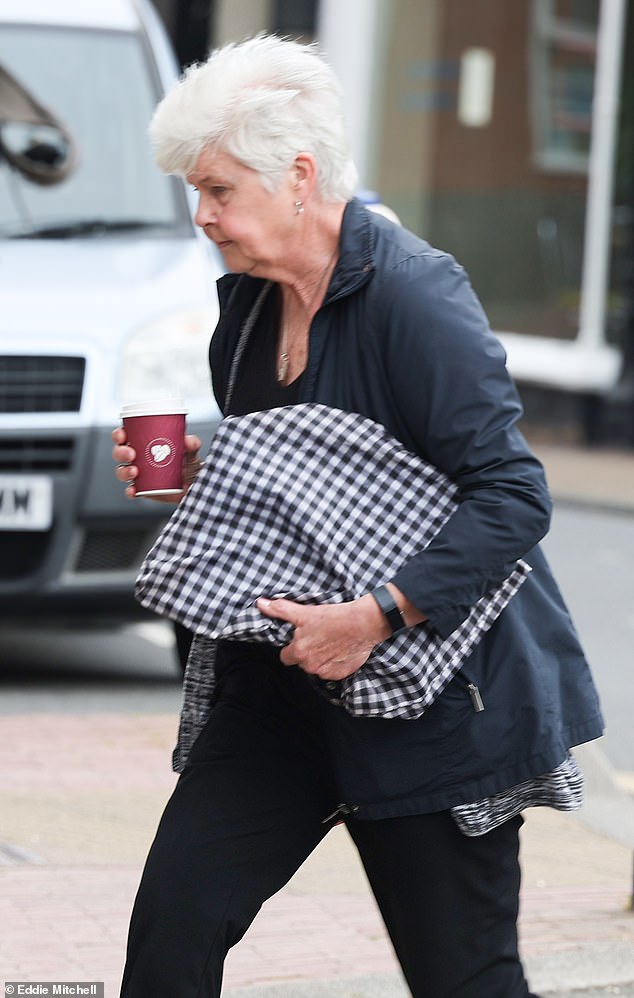 Ms Capon told the coroner she believed Ms Earl had ‘probably’ been tied to a tree, perhaps using her bra, and said there was ‘possibly’ a sexual element involved.

However, it is impossible to be certain of the alleged sexual assault due to the length of time that had elapsed before she was found, Ms Capon told the inquest.

Ms Capon said Ms Earl’s bones were ‘scattered’ but a ‘number of bones were closer to the tree’ and the bra, the only item of clothing recovered, was ‘found very close to the base of the tree’.

Ms Capon, who has been involved with the case in its various stages over the decades, said this bra was ‘disposed of’ by police.

She was involved in the initial 1981 investigation and was seconded to the inquiry after Miss Earl’s body was found in 1989. She also worked on a 2000 investigation, Operation Silk, that ultimately concluded Ms Earl had been murdered.

Ms Capon told the fresh inquest that she still believed what she had told the first 1989 inquest: ‘My opinion was she has been murdered.’

She said this was due to the ‘circumstances’, such as ‘the way the bra was tied’ and ‘the fact that she was in such dense undergrowth’.

She said she ‘just couldn’t see how Jessie could have got into dense bushes like that, and there were various other things that made me think she had been murdered’, such as the fact it was ‘off her normal walking route’. 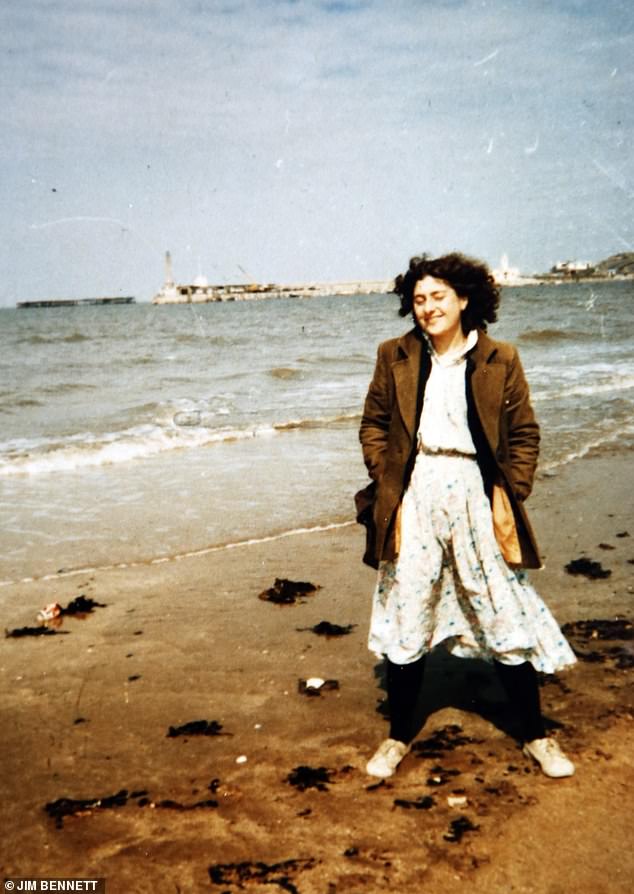 After the investigation into Ms Earl’s death was reopened in 2000, Ms Capon said she learned that some evidence, such as the bra, had been ‘destroyed some time previously’

After the investigation into Ms Earl’s death was reopened in 2000, Ms Capon said she learned that some evidence, such as the bra, had been ‘destroyed some time previously’.

She told the inquest that this was like part of Sussex Police’s ‘disposal policy’ where items are ‘disposed of after a certain period of time’.

She said: ‘I think it was one of those cases where, because it wasn’t regarded as a murder in 1989, I don’t think anybody made a point of stressing that these exhibits must be retained for ever more.’

Ms Capon said ‘terrific advances’ in forensic testing since the body was found means there is ‘every chance’ police could have found DNA evidence on the bra, which she believes the suspected killer would have touched. 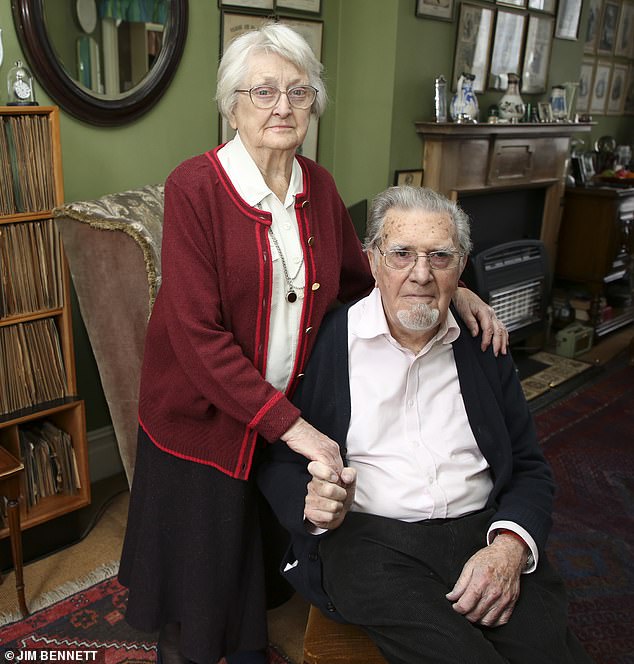 A second inquest into Jessie’s death, which had been ordered by the High Court in December, opened today at Eastbourne Town Hall, East Sussex. Pictured, Jessie’s parents John and Val

She later added: ‘At the very least a note should have been left, a very prominent note, with those exhibits, saying these should never be disposed of.’

She said the ‘majority’ of people working on the inquiry shared her view that Ms Earl was likely to have been murdered.

But she claimed the senior investigating officer ‘insisted’ they did not air such views, the inquest heard.

She added: ‘He made a policy decision it wasn’t going to be crimed as a murder.

‘I can recall some time after the inquiry had started being told in no uncertain terms we were not to refer to it as a murder or not to talk about it as a murder.’

The inquest continues on Wednesday.