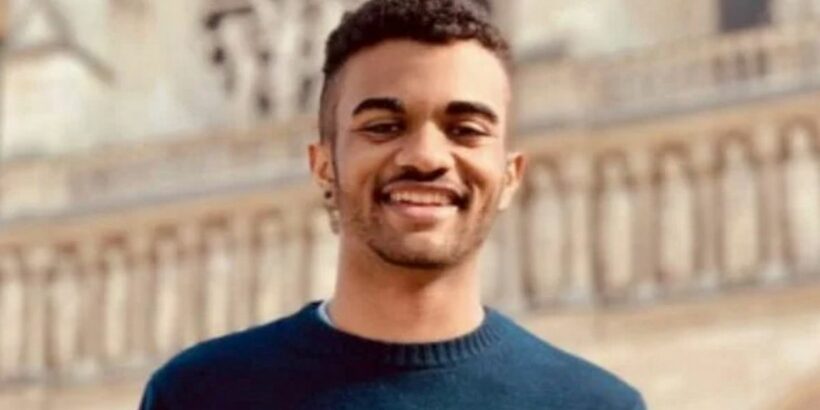 A student posing as an Irish 'lord' admits to pranking the world's press as he sympathised with Meghan Markle.

Alexander Jackson Maier, 22, from New Rochelle in New York State, has apologised for pretending to be the 'Marquess of Annaville' in an epic hoax.

Off the back of Prince Harry and Meghan's racism claims during their bombshell Oprah Winfrey interview, the joker weighed in as someone who could relate.

In doing so Jackson Maier tricked major newspapers, including The Independent, into publishing that he was an Irish peer and a "black British member of the aristocracy".

An article quoting the American has been deleted and he has confessed to having no aristocratic ties and invented the title, The Mirror reports.

Referring to Harry and Meghan's allegations of racism within the monarchy during their bombshell Oprah Winfrey interview, he said: "As a member of that same aristocracy, I'm telling you that I unequivocally believe that they are telling the truth.

"When a white peer either inherits or is brought in, never do you hear major questions. Whether it is recorded in Debrett's or happens with little fanfare, white people entering the aristocracy are welcomed with open arms and no interrogation.

"That hasn't been my experience. A 'show me your papers' attitude has become part of my daily existence."

The Independent was forced to issue a clarification and take the column down after it emerged that the title Maier had created for himself didn't even exist.

The student also managed to convince US newspaper St Lucia of his story and wrote an article for them about British colonialism.

He claimed he had just become Lord Alexander, the 11th Marquess of Annaville and that the part of his family carrying "the hereditary right" hailed from Northern Ireland.

After the two articles were published, peerage experts and social media users began to question whether he was telling the truth.

High society bible Debrett's has now confirmed that there is no record of a 'Marquess of Annaville' in its 250-year history.

"There has never been a creation of the Marquess of Annaville, and we have not included such a title in our 250-year history. If this title does exist, then it's the best kept secret in the history of peerage recording," Wendy Bosberry-Scott, from Debrett's, told The Telegraph.

In May The Independent published a correction about Maier's article, reading: "On 12 March 2021 we published an article headlined: 'I'm a black British member of the aristocracy. I love the royal family — but I know what Meghan said was true,' written by Alexander Maier-Dlamini in which he was described as the 'Marquess of Annaville – the last of the Irish peerages.

"This was incorrect, there is no Marquess of Annaville in the Irish peerage. The Independent has been unable to verify what titles (if any) Alexander Maier-Dlamini holds."

Maier has since "apologised greatly" for his lies and admitted that he should not have made up the title, reports The Telegraph.

He told the newspaper: "There is no title in the peerage related to me whatsoever.

"I do apologise greatly to those institutions involved with a mechanism like this, many of which I'm obviously not familiar with."