Millions of dollars in student loan debt could have been cancelled already had the student loan machinery worked properly, according to a government watchdog.

A new report by the Government Accountability Office (GAO) looked into income-driven repayment (IDR) plans and found that as of June 1, 2021, around 7,700 student loans were due to be forgiven under existing rules — but the Education Department (ED) had only approved 157 loans to actually be discharged.

"Until Education takes steps to address such errors, some borrowers may not receive the IDR forgiveness they are entitled," the report stated. "This risk will increase as Education data show loans potentially eligible for IDR forgiveness will climb to about 1.5 million loans by 2030."

IDR plans allow student loan borrowers to drop their monthly payments to as low as $0 if their income dips below a certain threshold. If they complete 10, 20, or 25 years of payments, depending on their plan, they qualify to have the rest of their debt written off by the federal government.

“Today’s GAO report confirms serious problems with the management of Income-Driven Repayment plans, which were intended to serve as a safety net for low-income student borrowers and provide them with a clear path to loan forgiveness,” House Education and Labor Committee Chairman Bobby Scott (D-VA) said in a statement on Wednesday.

In a letter within the report, Federal Student Aid Chief Operating Officer Rich Cordray acknowledged several recommendations by the GAO and stated that he's “committed” to improving the experience for student borrowers by adopting new measures.

IDRs were an Obama-era initiative

The GAO report highlighted how the IDR initiative — implemented by the Obama administration to tackle rising student loan debt — has largely failed.

About $500 billion in outstanding federal Direct Loans are being repaid by borrowers through IDR, according to the GAO.

The GAO report highlighted how a lack of data hindered accurate payment counts and led to confusion over cancellation of debt.

Another 7,700 loans that were in repayment — around 11% of the loans analyzed — could be "potentially eligible" for IDR forgiveness, but the government's repayment data did not provide enough information on why these loans had not been forgiven back in September 2020. ED approved cancellation for 157 loans under IDR as of June 1, 2021.

A recent NPR investigation detailed systematic mismanagement of the payment count, including how paperwork often went missing when loans transferred from one servicer to another over the years.

The GAO stressed that the problem needed an urgent fix.

"Until Education takes steps to address such errors, some borrowers may not receive the IDR forgiveness they are entitled," the report stated, adding: "This risk will increase as Education data show loans potentially eligible for IDR forgiveness will climb to about 1.5 million loans by 2030." 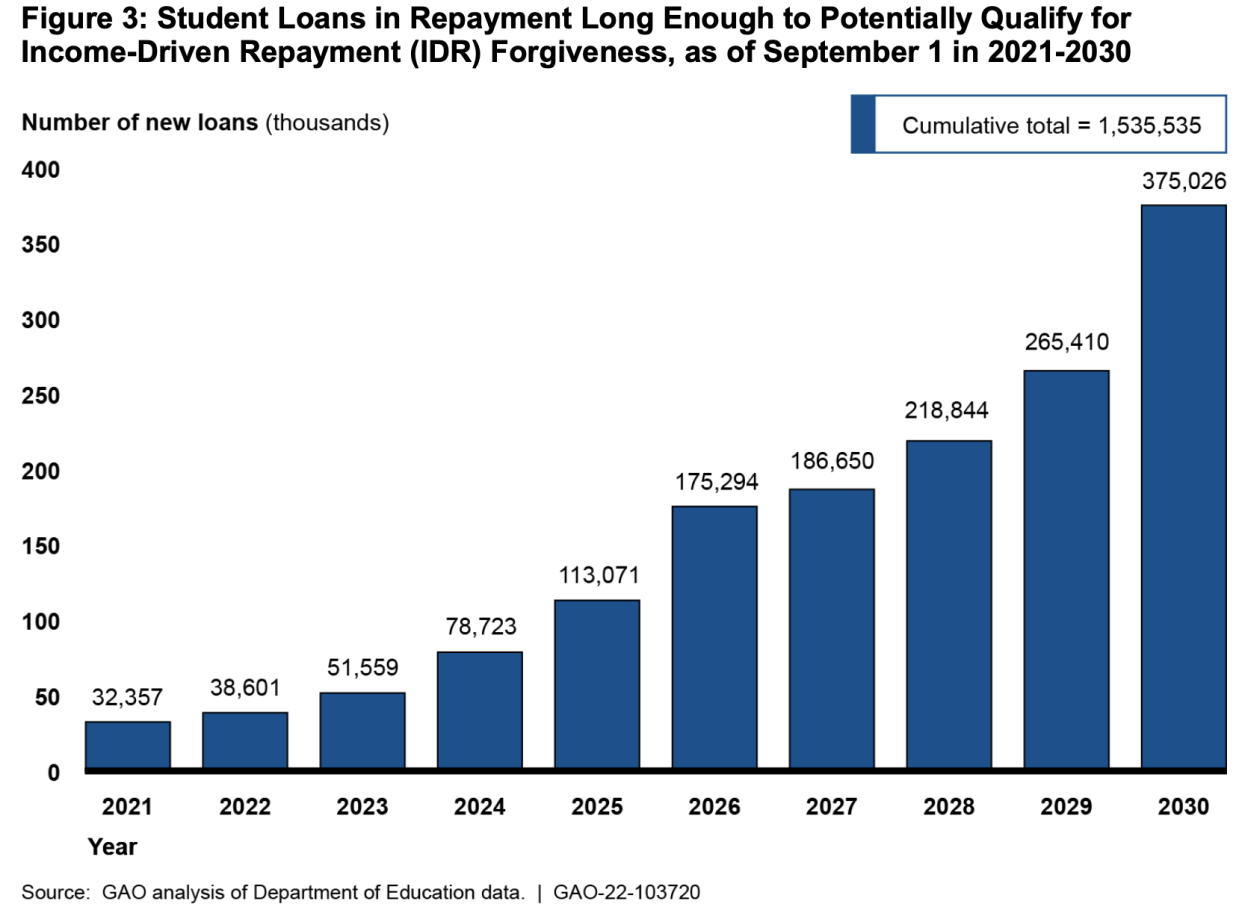 The Biden administration has recently taken steps to address the massive IDR debacle, bringing borrowers on 10- and 20-year forgiveness plans closer to the end goal in two ways.

Together, the news is expected to cancel the student debt of 40,000 borrowers who are under the Public Service Loan Forgiveness (PSLF) program while 3.6 million more will move closer towards forgiveness.

Lawmakers lauded ED's recent moves to address the broken IDR system, noting that they will likely help many who may be struggling with their student debt.

Rep. Scott stated that he was "pleased that the Biden-Harris Administration announced steps to fix the problem and help students receive the loan forgiveness to which they are entitled." 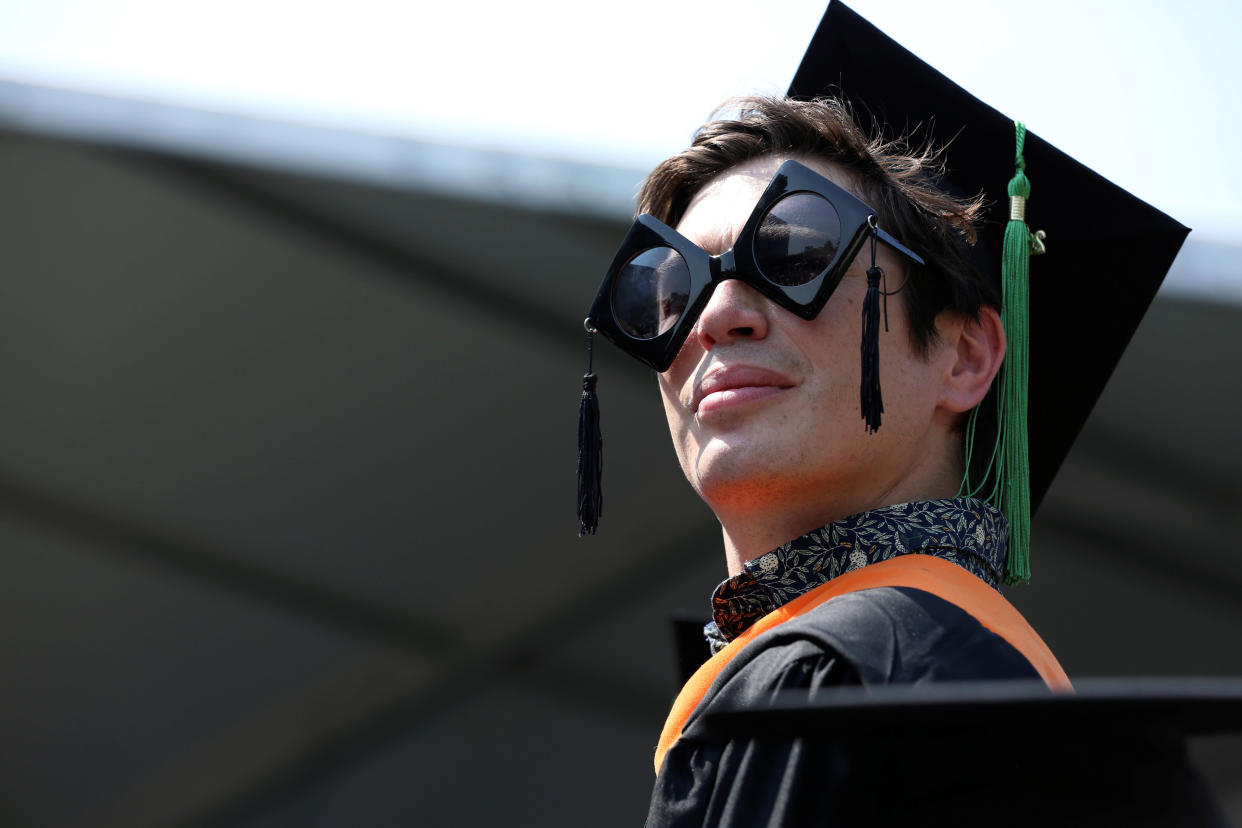 “The failure of the ED to take responsibility for it and its servicers failures is inexcusable," Persis Yu of the Student Borrower Protection Center said in a statement. "For eight years, borrowers have been robbed of time that should count towards debt cancellation and ED did nothing to help them."

Yu said that ED's move to reform IDR "is a good first step to remedy some of the problems identified in the GAO report, but it does not go far enough." She called for ED to also count time spent in default as on-time monthly payments made towards the 20- or 25-year forgiveness plan.

Aarthi is a reporter for Yahoo Finance. She can be reached at [email protected] Follow her on Twitter @aarthiswami.