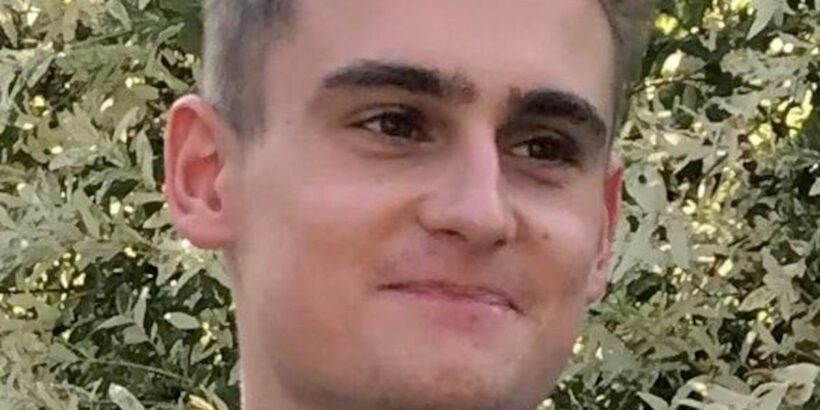 A French medical student not used to drinking was struck dead by a truck on a motorway after stopping to take a selfie on the road.

Simon Guermonprez, 20, stopped on the road near his parents' house after he reportedly came back from a student initiation party.

The young man was found dead on the A27 autoroute in the French community of Chereng on 9th July, 2021, after being left home by an Uber when the initiation party ended.

According to local media, the student was attending an initiation evening that involved being encouraged to drink lots of alcohol, at the Citadel in the city of Lille.

Afterwards, the second year medic took the metro with a friend who got off one stop before him.

Simon then got to the Triolo station in the community of Villeneuve-d'Ascq where he called an Uber that left him at his parents' house before opting against joining his family.

Instead, he decided to head towards a nearby highway bridge located about 500 metres away from the house to take a selfie.

Police believe while there he dropped his mobile on the asphalt and rushed to get it.

When the drunk student was rushing to get his phone, he failed to notice the huge truck heading towards him and was not fast enough to escape on time, being killed instantly.

An investigation by police later confirmed the circumstances which initially had been linked with a possible suicide.

Shocked by the investigation results, Simon's father Daniel Guermonprez pointed out that his son had never enjoyed alcohol before and suspected that the boy must have been pressured into drinking.

It was not revealed what his blood alcohol level was but he was reported as very drunk at the time.

The dad claimed that his son "did not like it [alcohol] and did not know what it was like to be drunk".

Motivated by the tragic turn of events, the father wants to turn his son's death into a campaign against alcohol consumption at initiation evenings.

Daniel wrote on his Facebook profile on 14th July: "Simon, you left because of human stupidity and [I] hope that these organizers can now understand and admit that we must immediately remove these alcoholic traditions during these parties, which make no sense in 2021."

He added that 'stupid rituals' like drinking alcohol from a syringe can 'wreak havoc,' and hoped that the organisers of the party would not 'shirk their responsibilities'.

Paying homage to his son, he added: "You were a studious child with a thirst to always learn, you were hardworking, discreet, humble, devoted, you were happy, you loved life!

Simon's parents discussed with deputies and wrote a letter to Minister of Higher Education Frederique Vidal where they demanded to meet student representatives and higher education institutions to reassess the current measures currently in order to avoid tragedies of such kind.

No response from the minister has been given so far.