A student who paid hundreds of pounds for an iPhone box filled with concrete wants to stop others falling victim to the scam.

Newcastle University student Omar thought he had found a bargain when he discovered a new iPhone X for sale online priced at £650.

Little did he realise that he was about to become the victim of a fraudster who used concrete putty to make the empty box feel heavier.

Using the boot sale app Shpock, Omar arranged for the phone to be brought to his accommodation in central Newcastle on April 3 by a man called ‘Jamie A’.

Omar handed over the £650 in cash and ‘Jamie A’ wrote out a receipt with an address in Sunderland. 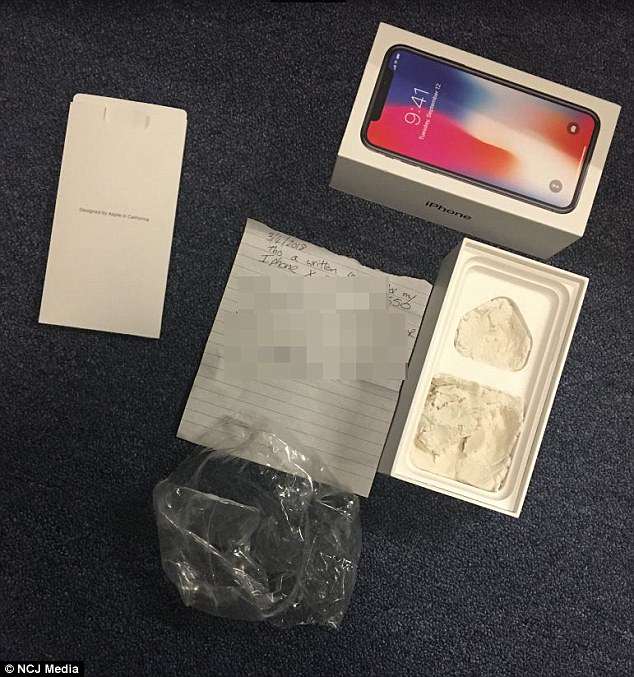 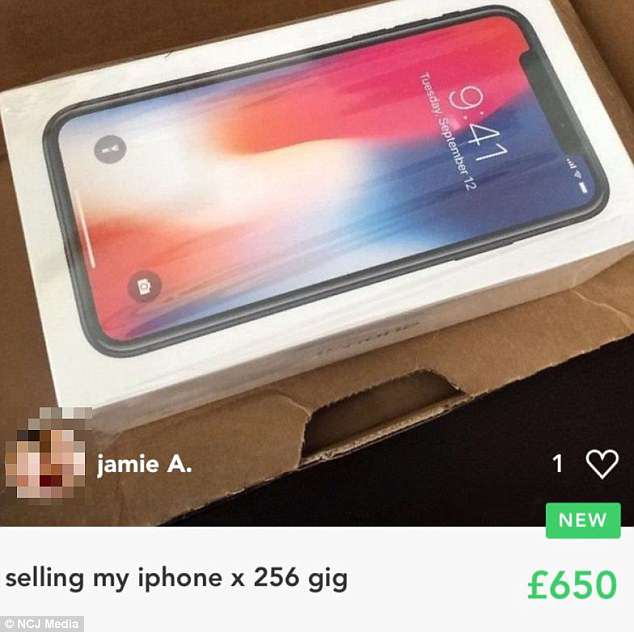 Omar bought the phone from a user called ‘Jamie A’, but after writing him a receipt he immediately drove off with the cash

Omar said: ‘Once I gave him the money he kind of almost ran away. It was actually a present for my mum, that’s why I didn’t open it on the spot, I wanted to give it to her sealed.’

The Shpock account used by ‘Jamie A’ had a profile picture featuring two children.

Omar, who asked not to share his full name, only realised what had happened once the scammer had driven off.

Omar said: ‘Once I got back to my room I opened it and I soon realised it was a scam. The concrete he used matches the weight of the actual iPhone X.

‘I have quite a lot of Apple products and I have held the box, I know what it weighs and it’s very similar.

‘I had to pay my rent a week or two later so I struggled with that. I was not cautious enough and feel quite stupid about what I did.’

After contacting Northumbria Police, officers took the box away for analysis but have so far been unable to trace the man responsible.

Omar, who is originally from London, believes the criminal is still operating on Shpock and has warned others to take care buying phones online.

Omar added: ‘£650 is quite a lot of money for a student or for anyone. I hope the person gets caught.’ 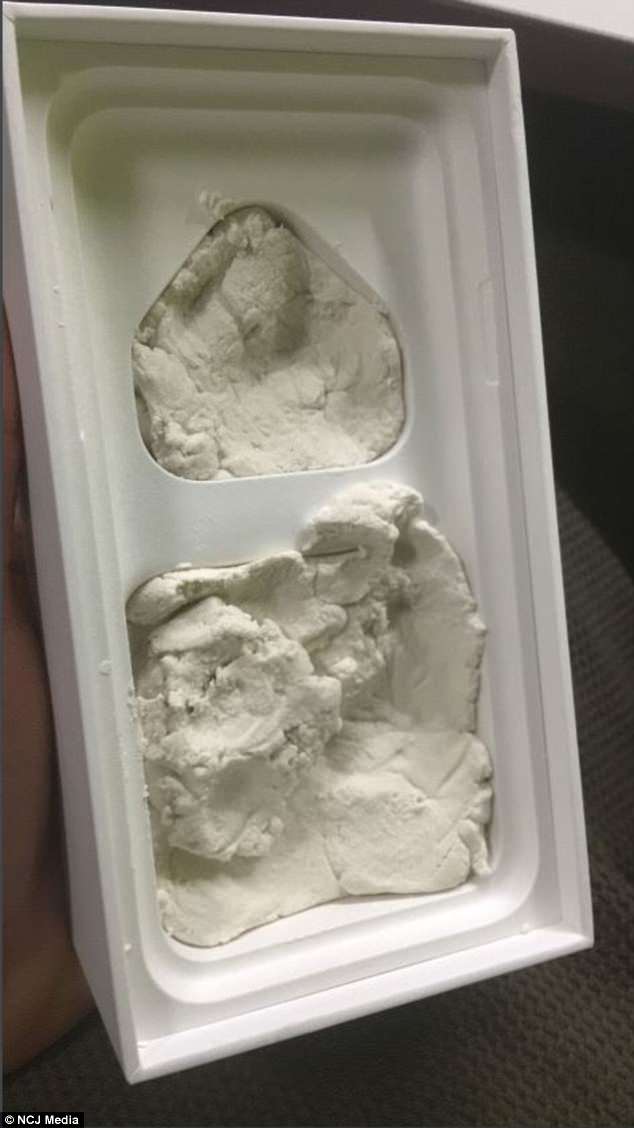 Omar said: ‘Once I got back to my room I opened it and I soon realised it was a scam. The concrete he used matches the weight of the actual iPhone X’