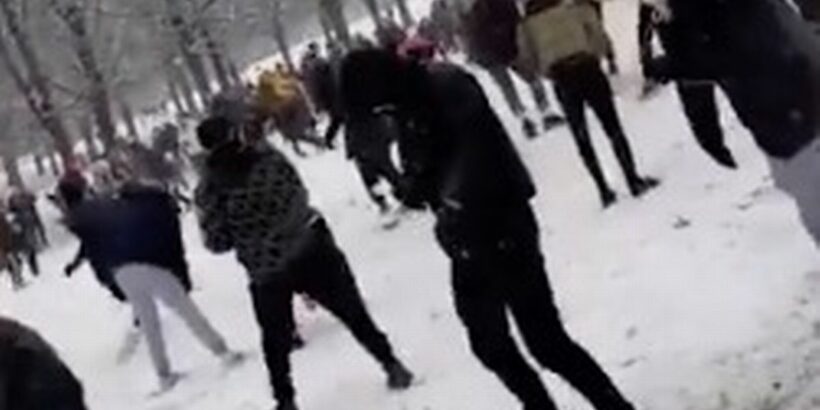 A pair of students who organised a mass snowball fight have been fined £10,000 each – and one of them had been caught breaking Covidlockdown rules before.

The men, aged 20 and 23, were identified by West Yorkshire Police officers following enquiries into the incident on Woodhouse Moor in Leeds on January 14.

Footage shows hundreds of people attended the mass gathering where people gathered in close proximity to each other for more than two hours, Yorkshire Live reports.

Officers say the young men were interviewed Wednesday and Thursday (January 28) about the incident and reported for fixed penalty notices to be issued against them.

They added that the 23-year-old had previously received a fine for breaching restrictions in relation to mixing households at an address in the city's Hyde Park in November.

Chief Superintendent Damien Miller, Leeds District Commander, said: “We take absolutely no pleasure in handing out such heavy fines to these two young men but their actions encouraged hundreds of people to be in close proximity to each other, creating a significant and completely unnecessary risk of increasing the spread of the virus.

“It was a blatant breach of the legislation that is in place to help keep people safe at what remains a critical time for us all.

“The event attracted understandable media attention and widespread public condemnation of all those who irresponsibly took part."

He continued: "That said, it remains clear that the vast majority of people recognise the need for collective responsibility and are continuing to stick with the regulations that are there to protect our families and our communities.

"We will continue our approach of engaging, explaining, and encouraging compliance but we won’t hesitate to enforce the law where people blatantly disregard the rules and put others at risk."

Boris Johnson has said the earliest date the coronavirus lockdown will be lifted is March 8, but warned that infection rates will have to drop a lot to justify it.