Students taking GCSE and A-level resits in Autumn will benefit from same ‘generosity’ as their peers in summer, Ofqual confirms

Students who are taking GCSE and A-level resits this Autumn will benefit from the same ‘generosity’ as that given to their peers in the summer, Ofqual has confirmed.

Pupils in England who were unhappy with their grades this year, or who were unable to receive a grade due to the pandemic, have been given the chance to sit A-level exams in October and GCSE exams in November.

England’s exams regulator has said it is ‘working with exam boards to carry forward the generosity from summer 2020 grades’, the majority of which were based on grades submitted by schools or colleges.

It comes after the fiasco around grading of GCSE and A-level students this summer, when exams were cancelled amid Covid-19. 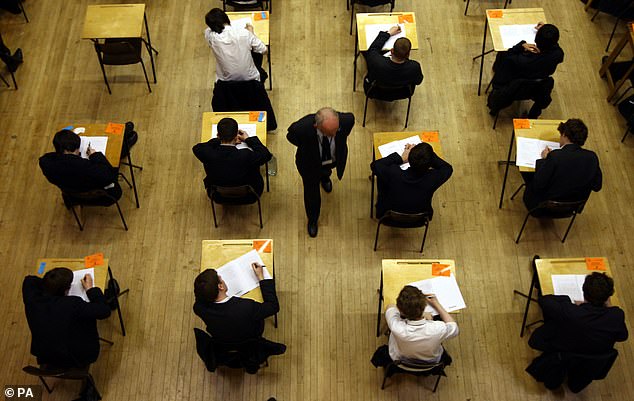 Ofqual, England’s exams regulator, has confirmed that it is ‘working with exam boards to carry forward the generosity from summer 2020 grades’ (file photo)

Thousands of A-level students had their results downgraded from school estimates by an algorithm, before Ofqual announced a U-turn, allowing them to use teachers’ predictions.

In a blog on the watchdog’s website about the autumn exam series, Ofqual said exam boards will ‘rely much more heavily on the judgment of their expert senior examiners’ due to lower entry numbers.

A-level entries are just over 20,000 for the autumn series, compared with more than 700,000 entries in a summer series.

It adds: ‘Examiners will be guided by proxy grade boundaries.

‘Exam boards will generate these by looking at how far the 2019 grade boundaries for each specification would have to move to achieve the proportion of students at the key grades we saw for each of those specifications in summer 2020.

‘Archive student work, as well as several other sources of evidence about where grade boundaries should be set, will also be considered.’

In the summer, the proportion of GCSE and A-level entries in England awarded top grades surged to a record high following the grading U-turn.

Last week, Education Secretary Gavin Williamson announced that the 2021 exams will go ahead in England, but they will be delayed by three weeks next year. 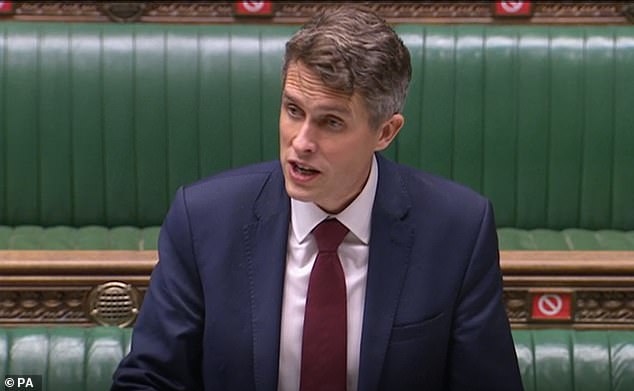 Education Secretary Gavin Williamson, pictured above, announced last week that the 2021 exams will go ahead in England, but will be delayed by three weeks next year (file photo)

On next year’s exams, Ofqual’s blog adds: ‘We know that schools, colleges and students want to know more about the approach that we will take to setting standards in summer 2021.

‘Before we take a decision on that, we will be talking to exam boards, government, school and college leaders, parents and students, and we will say more on this before the end of the year.’

The UK summer exam results ended up in chaos after Mr Williamson announced there will be no exams due to the Covid pandemic.

Instead exam boards were to ask teachers to submit their assessments for the grade they believe a student would have received as well as using a computer algorithm.

But the controversial computer algorithm that was used was accused of downgrading high-achieving students from poorer areas. 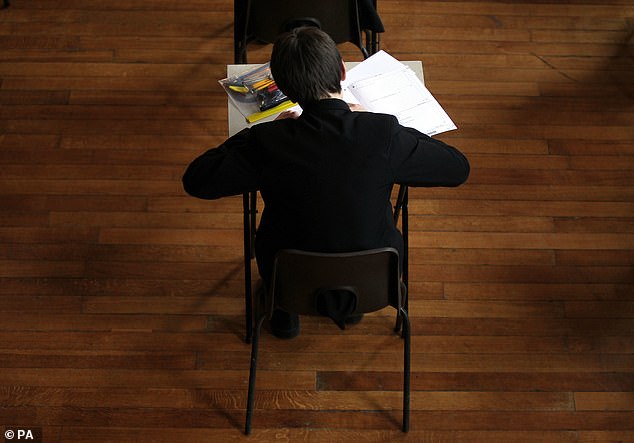 This resulted in the grades being pulled at the last minute after the Government’s U-turn over the use of an algorithm to adjust A-level and GCSE results.

In a written ministerial statement earlier this month, Mr Williamson confirmed that he had rejected calls for the exams next summer to be scrapped or postponed for longer, as had been called for by some teaching unions.

They previously warned that moving the timing of exams back slightly was unlikely to make any significant difference to the varied learning experiences students have had this year.

‘We know that exams are the fairest way of measuring a student’s abilities and accomplishments, including the most disadvantaged,’ Mr Williamson said.

‘We want to give our young people the opportunity next summer to demonstrate what they know and can do.’

Results days for AS/A levels and GCSEs will fall on Tuesday 24 August and Friday 27 August respectively, instead of being a week apart.