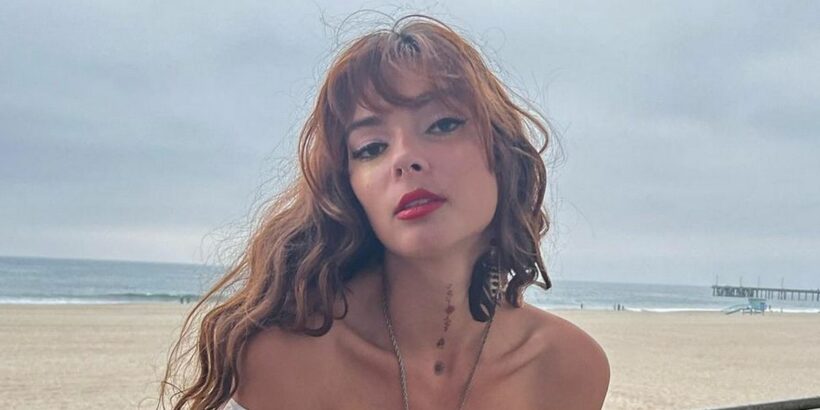 A heartbroken family of a model who was tragically found dead outside of a hospital after a night out on the weekend, claim she was drugged.

Christy Giles, 24, was found lifeless on a sidewalk outside of the Southern California Hospital in Culver City, Los Angeles, on Saturday.

Her husband Jan Cilliers said footage shows her body being dumped outside by a group of men travelling in a car without licence plates.

The model and her friend Hilda Marcela Cabrales-Arzola, 26, were last seen on Friday after they went to a warehouse party in LA.

During the event, Hilda reportedly met a guy and they had all made plans to attend an after-party in the Hollywood Hills, reports The Sun.

But two hours later Christy's body was discovered, while her Hilda was found fighting for her life at a separate hospital, believed to be Kaiser Permanente hospital in West LA.

Christy's husband Jan, who was in San Francisco at the time, said the news is "just so heartbreaking."

"Hilda's toxicology report came back, and I guess they found heroin in her system, which is nothing that either of those girls would ever do, not voluntarily," Jan told ABC7.

He went on to say that he has since tracked his wife’s phone and retrieved her text messages through iCloud.

“I've got all the messages that she exchanged with anybody else that night and she was texting Marcela, the girl that she was with, at 5:30 saying let's get out of here with the wide-eye emoji," he said.

He believes that based on information stored on iCloud, his wife did not check or answer any messages afterwards.

A GoFundMe set up by her family claims that three men, dressed in all black, wearing bandannas, dumped Christy on the footpath of the hospital.

The family also believe that the same vehicle was seen dropping Hilda off at Kaiser Permanente hospital.

The fundraiser writes: "This story is by no means unique. Since Saturday we’ve all received a number of messages from other females who have eerily similar stories, except the only difference between them & Christy and Hilda, is they survived."