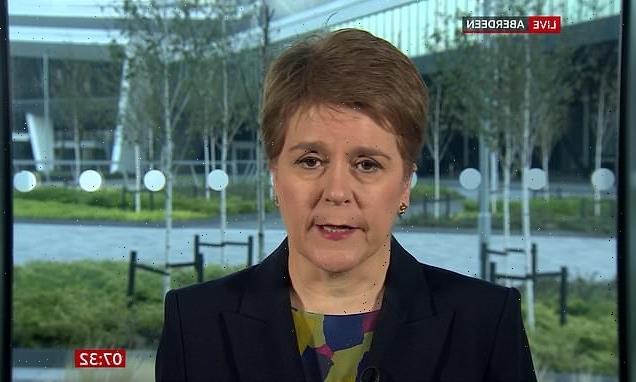 Nicola Sturgeon today vowed to go ahead with her £20million Scottish independence push despite the cost-of-living crisis – while telling Scots to be ‘sensible about their energy usage’.

The First Minister said she had a democratic mandate to push on with her plan to seek a new referendum on leaving the UK in October next year.

In an appearance on BBC Breakfast this morning, the SNP leader was asked if the budget to prepare for another vote – for which around £20 million has been set aside – would be cut in order to support people further with the cost-of-living crisis.

‘So even if we did, which we’re not going to because I was elected as first minister on a commitment to democracy…

‘I was elected with a record share of the vote in the Scottish Parliament elections last year on a record turnout. So. we’re going to deliver on that commitment to people.’

But in a later appearance on BBC Radio she advised Scottish people to be ‘sensible about their energy usage’ this winter amid fears of blackouts. 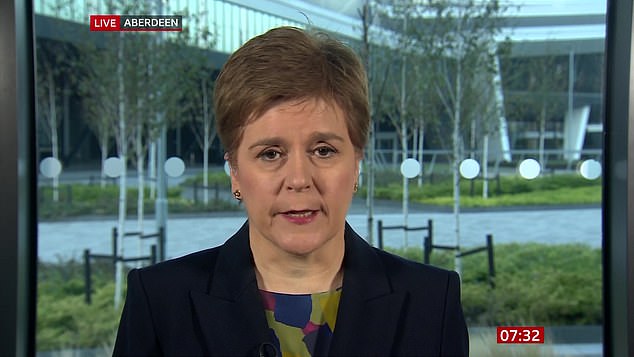 The First Minister said she had a democratic mandate to push on with her plan to seek a new referendum on leaving the UK in October next year. 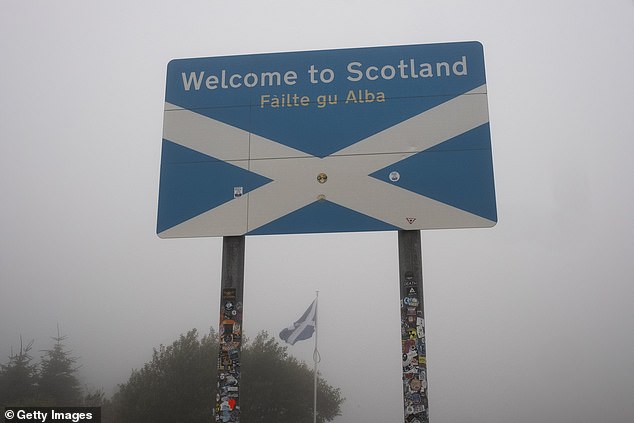 In an appearance on BBC Breakfast this morning, the SNP leader was asked if the budget to prepare for another vote – for which around £20 million has been set aside – would be cut in order to support people further with the cost-of-living crisis.

She told the Today programme: ‘There is real concern to people about energy supplies over the winter period.

‘We are seeing a lack of planning and basic communication from the UK Government. That’s particularly galling in a Scottish context because we are a net exporter of electricity. We generate sufficient renewable electricity to cover almost all of our domestic needs.

‘We are part of the GB grid so we’re reliant on the UK Government taking good decisions itself. I think there needs to be, a bit like during Covid, candid explanations to people about the challenges we’re facing, good advice to people about what we’re asking them to do.’

A previous referendum in 2014 saw Scots vote 55-45 to stay part of the UK. A new vote would need to be mandated by the UK Government, something Liz Truss and predecessor Boris Johnson have refused to do.

The Scottish Government will publish a new paper setting out its plans for the economy and currency of an independent Scotland next week.

In a media round today ahead of the SNP conference, the First Minister told BBC Radio Scotland the paper would be released days after the party gathering and after arguments are made at the Supreme Court that could allow her Government to legislate for a second referendum.

Earlier this year, the First Minister said the Scottish Government would refresh the prospectus for an independent Scotland in a series of papers.

The details, Ms Sturgeon said on Friday, will be laid out in full when the paper is published, but she did reveal work on a Scottish central bank would begin immediately after a Yes vote, with the newly-independent country keeping the pound for ‘some time’, as had previously been stated.

She told the Good Morning Scotland programme: ‘In terms of setting up a central bank, we would start that process as soon as Scotland voted for independence.

‘That central bank would be the provider of advice to the Scottish Government on these matters, it would be the lender of last resort for our financial services industry, it would require reserves that could cover these limited functions in that first period.

‘We have said, and this is my party’s position, that we would move from using the pound, we would continue to use the pound after independence… and we would move to a Scottish pound when the economic conditions were right.’

When asked how long it would take for Scotland to move to the new currency, the First Minister said there would be key metrics that would have to be hit before the change, as opposed to a set timescale.

‘It’s important that it’s guided by principles rather than fixed timescales,’ she said.

The First Minister went on to say the economic issues faced by the UK in the last few weeks highlighted the need for ‘responsibility’ and ‘good planning’.

‘That underlines the importance of us, as we plan for independence, being careful, being responsible and understanding the detail of what we’re seeking to do.’

The announcement comes as the Scottish Government’s top law officer prepares to appear before the Supreme Court in a case that could allow Holyrood to legislate for an independence referendum.

The Lord Advocate referred prospective independence referendum legislation to the court in the summer, asking judges to decide if it is within the powers of Holyrood.

Oral arguments will take place on Tuesday and Wednesday next week, although there is no date for an announcement of the court’s judgment.

Asked if there would be enough time to legislate to hold a referendum on the Scottish Government’s preferred date of October 23 next year, and stage a campaign, Ms Sturgeon said she believes there would be.