CAIRO (Reuters) – Sudan’s military wants to hand power to a democratically elected government as soon as possible in the tumultuous aftermath of former president Omar al-Bashir’s overthrow, a prominent general said in an interview published on Wednesday. 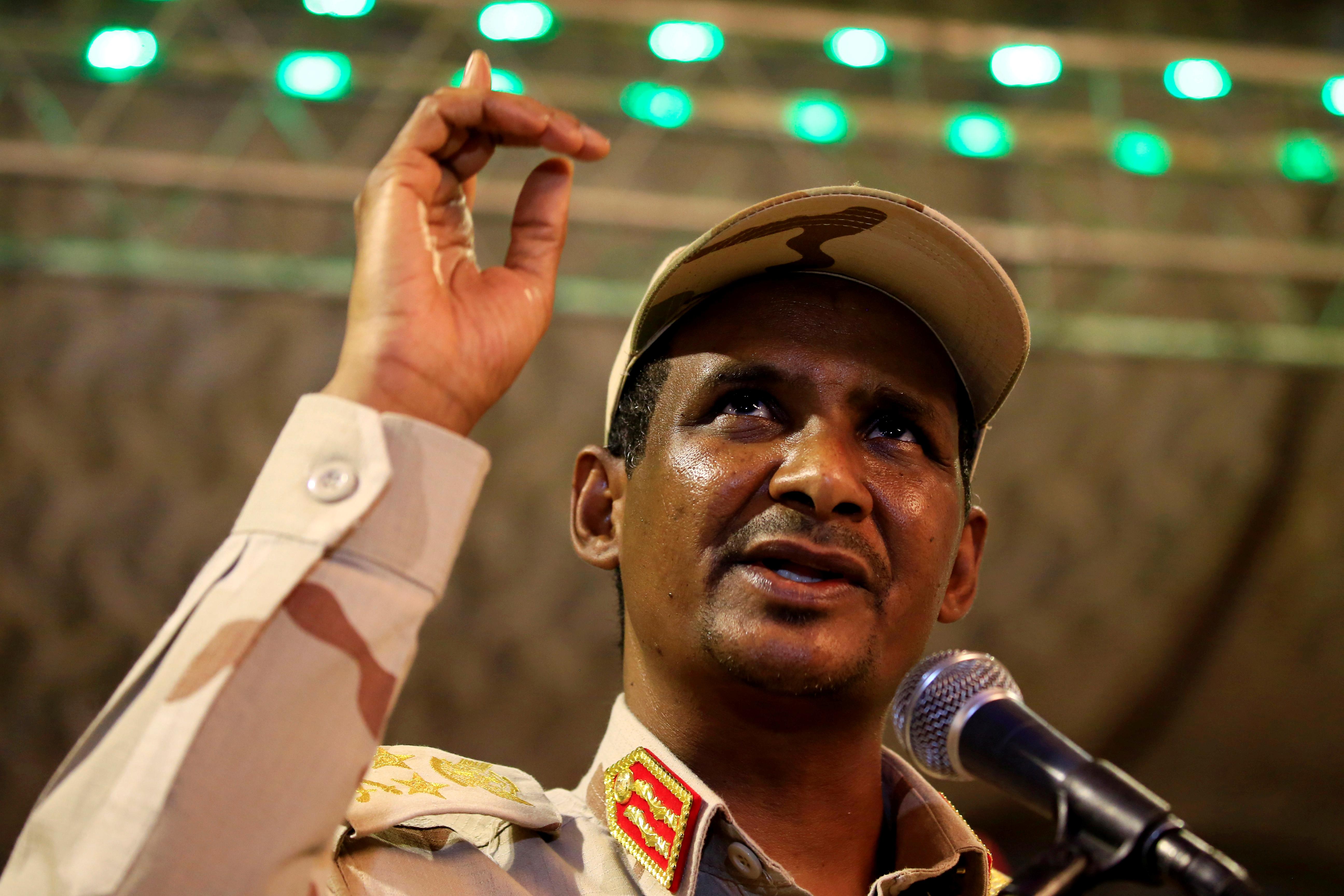 The council has been locked in talks with an alliance of protest and opposition groups demanding civilian leadership for a new sovereign body to oversee a three-year transition to democracy.

Talks were adjourned in the early hours of Tuesday, with no new date set for their resumption.

But Dagalo, who is widely known as Hemedti and leads Sudan’s feared paramilitary Rapid Support Forces (RSF), said the military were impatient for a solution.

“Members of the military council are not politicians and we are waiting for the government to be formed,” he said.

The general, who has emerged as the most prominent member of the military council that ousted and arrested Bashir following months of protests, added that judicial proceedings against the detained former president and some allies were proceeding.

“Until now we have arrested 25 member of the regime figures and we are preparing the files for their charges,” he said.

On Tuesday, Sudan’s main protest group – the Sudanese Professionals Association – called for a general strike, saying the military was still insisting on directing the transition and keeping a military majority on the council.

Late on Tuesday, a clip of Dagalo suggesting that those who go on strike could lose their jobs was widely circulated on social media. In response, protesters posted photos posing and carrying signs saying “Hemedti, come and fire me!”.

Some protesters accused Dagalo’s RSF of shooting at demonstrations last week, when several protesters were killed and dozens more wounded. The military denied that.