The summit between US President Donald Trump and Kim Jong-un of North Korea must be considered in two parts. There is the event itself, the television spectacular with flags, motorcades, handshakes, an agreement, a lengthy press conference and the rest of the palaver: all that went off as well as might be hoped. Perhaps things in north Asia are indeed looking up.

And then there is the context. When looked at in this light, the summit gives less cause for optimism, although it is too early to say how things will ultimately play out. 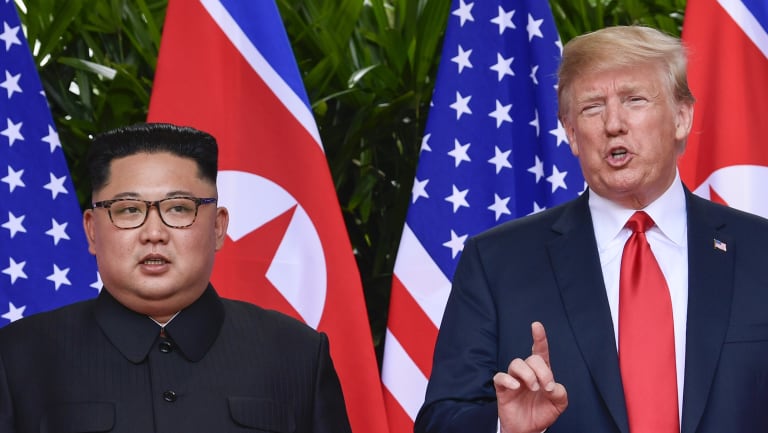 Any meeting, it might be thought, is better than none. After more than six decades of stalemate, the summit makes it look as if progress towards a firmer peace might at least be possible. And where just weeks ago these two mercurial figures were taunting each other and bragging about the size of their nuclear weapons, now they have calmed down, shaken hands and are agreeing about something. But – about what exactly?

The agreement between the two men may seem like progress but a closer inspection does raise doubts. The main boast – denuclearisation of the Korean Peninsula – has been agreed to before without progress being made. This agreement says nothing about how denuclearisation will proceed, or how it will be verified. Without clearer evidence that North Korea really is serious this time, the summit’s achievements could amount to virtually nothing. And to achieve that, Mr Trump would have conceded quite a lot.

Even meeting Mr Kim is a major concession: the murderous dictator of a malnourished but heavily armed country has been granted a meeting with the leader of the free world, who has praised him effusively. Mr Trump has suspended joint military exercises with South Korea, conceding a key North Korean propaganda point. South Koreans are appalled but Mr Trump is unworried.

His main interest here seems to have been money: cancelling the exercises will save the US defence budget a lot, apparently. That casual remark was revealing. It suggests Mr Trump’s purpose in Singapore was to advance the interests not of the United States as a whole but of himself and his support base.

Where the US as a whole – its diplomats, thinkers, business leaders and many of its politicians – may still see itself as leading the countries of the free world, Mr Trump’s America (a much smaller, less ambitious place) is, to be frank, fed up with the whole damn lot of them. In a nutshell: allies cost too much to defend and they cheat on trade deals. Who needs them? Hence Mr Trump’s performance at the earlier G7 summit, where he took considerable pleasure in affronting long-term allies and even in dressing down Canada’s Justin Trudeau.

This is the broader context in which the North Korea summit must be assessed. Regional powers (Japan and South Korea most immediately, but also more distant countries like Australia) will be relieved the meeting has not made things worse but will be wondering if the context shows this is the first step in a US withdrawal.

The world looks at the antics of Donald Trump and wonders whether he's a dangerous narcissist or a master strategist – the ideal adversary for rogue nations led by criminals and con artists. Frankly, after this summit, we are none the wiser.