THEY are some of The Sun’s most familiar voices, but our column­ists proved they were great at listening too when they pitched in with our

Christmas appeal by signing up to have a natter with those who needed it. 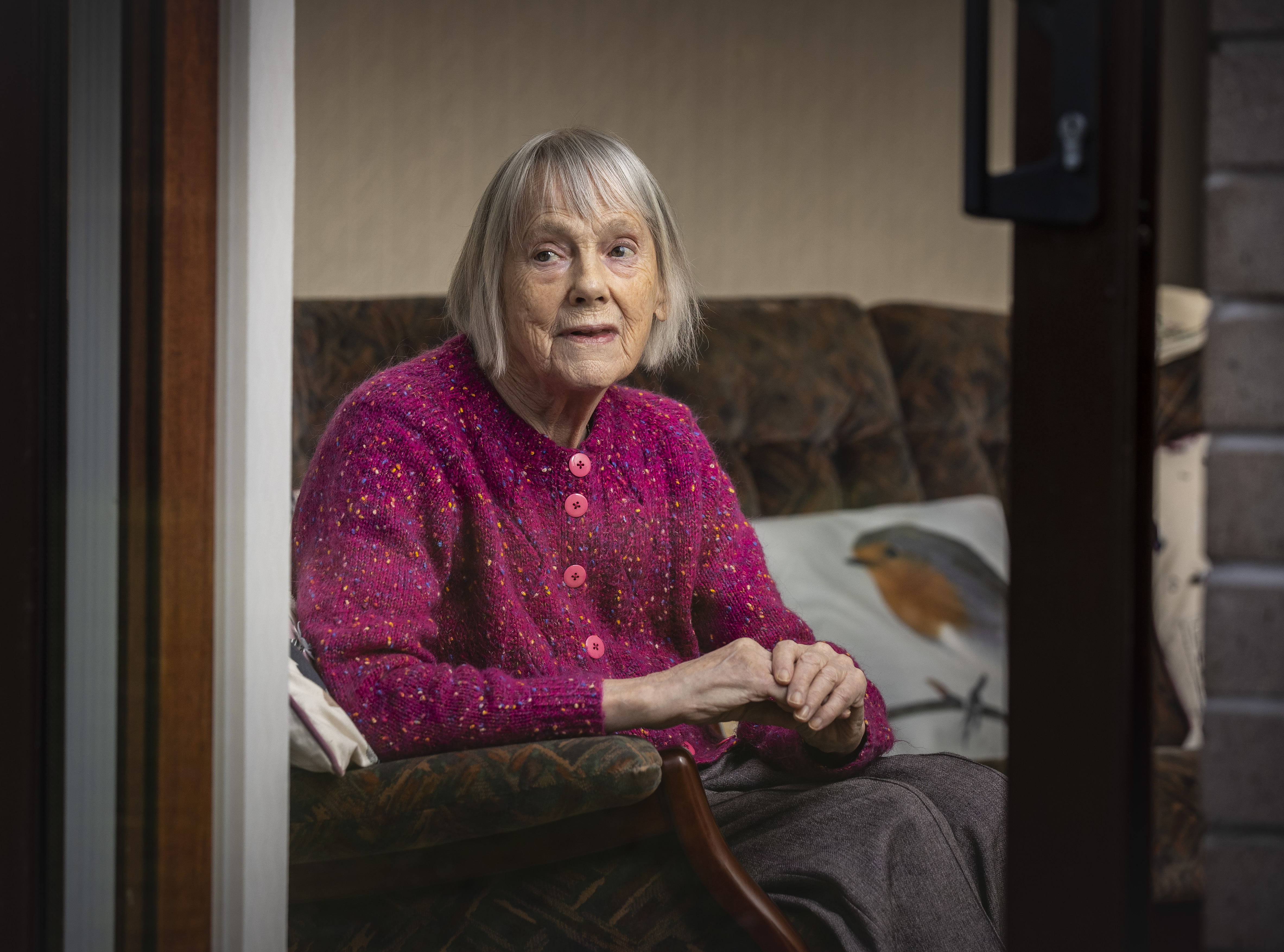 The Sun’s Christmas Together campaign

THIS Christmas we are teaming up with the Together Campaign, a coalition of community groups and organisations, and Royal Voluntary Service to combat loneliness.

And we want to recruit an army of volunteers to support those feeling cut off, anxious and isolated, this Christmas.

Could YOU reach out to someone who might be struggling and alone?

It might be someone you know in your own life or community who needs support.

Or we can connect you with someone in need through the NHS Volunteer responder programme run by the NHS, Royal Voluntary Service and the GoodSAM app.

Could you give up half an hour to make a call and chat with someone feeling  isolated? Or could you volunteer to deliver essential shopping or festive treats?

Go to nhsvolunteerresponders.org.uk/christmastogether to sign up as a volunteer.

You will then receive an email taking you through the sign up process and be asked to download the responder app which will match you to those in need in your area.

Don’t worry if you don’t get a job straight away, because jobs are matched according to the need local to you.  Being ready to help is what really matters.

We launched our Christmas Together campaign on Monday to recruit an army of volunteers to run errands and to make calls to those who feel isolated as we shine a light on loneliness.

We have teamed up with the Together coalition of community groups and organisations and the Royal Voluntary Service to urge YOU to help.

Along with the Together coalition and the Great Winter Get Together, run by the Jo Cox Foundation, we also want you to reach out to those in your life, be it a neighbour or friend, who might feel lonely.

‘I got the gift of being able to hear from him’

THE TV favourite rang Ken Hymas, 94, who loves to have a chat but has been strictly shielding.

He was married for 64 years but after his wife Alma died six years ago he has felt very alone. 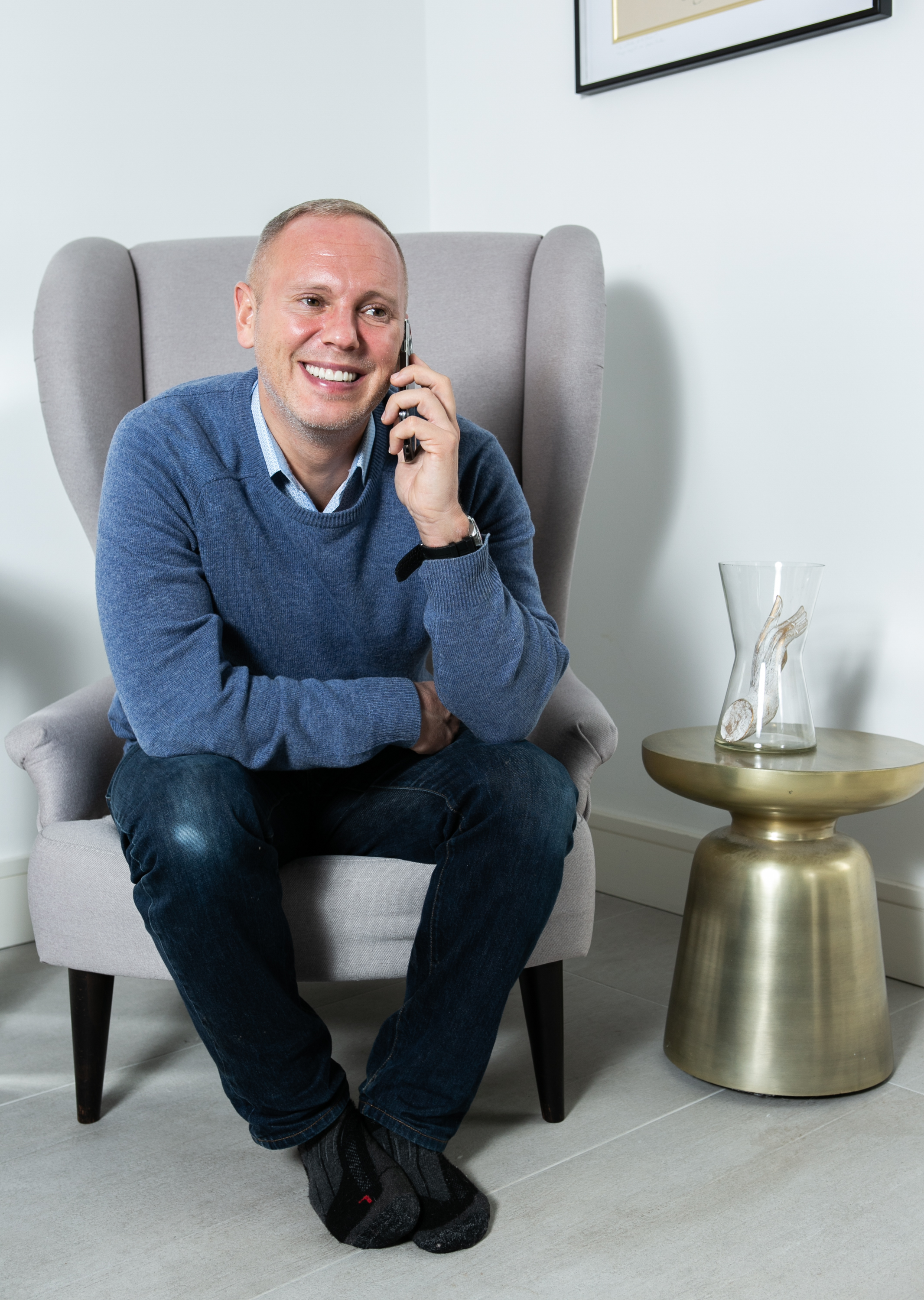 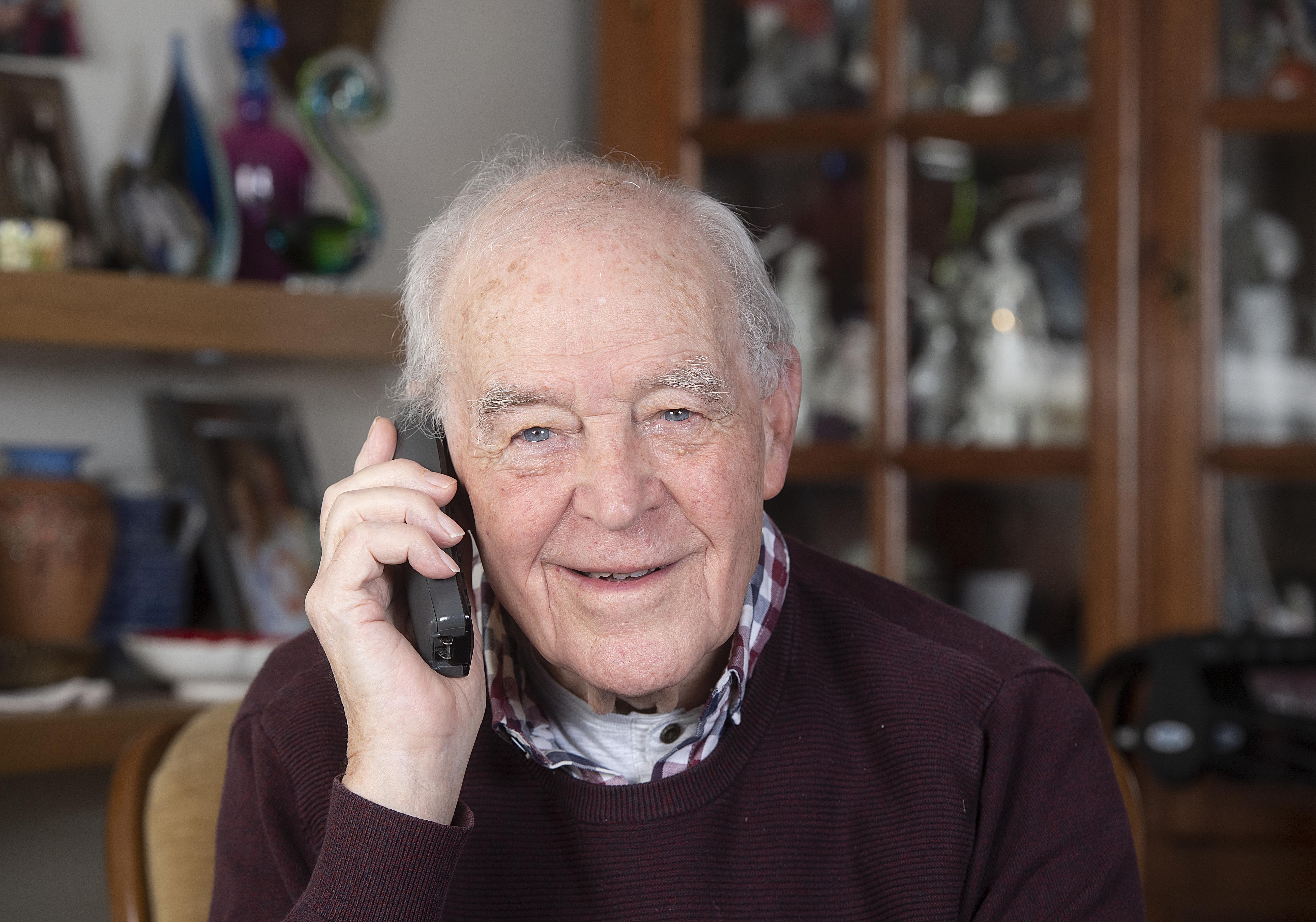 Rob Rinder said: “I could have spoken to Ken for hours and hours. He has had such a fascinating life, and is 94 and thriving.

“We talked about all sorts, he has endured a lot of adversity but is also rightly proud of his dad, who fought at Dunkirk.

“It was actually a real privilege to talk to him.

“He said he was excited to hear from me but I got the gift of hearing from him, and what a delight that was. What a connection we were able to make and what a lot I learned from him.

I feel slightly more hopeful about the day, grateful there are people in our communities like Ken

“I woke up this morning, it’s cloudy outside, the sun is going down earlier, and yet now I feel slightly more hopeful about the day, grateful there are people in our communities like Ken and mindful that we always need to remember they are there and reach out to them because, boy, can you have a fantastic conversation.”

Ken, from Rickmansworth, Herts, said: “We spoke for almost an hour and it was just like talking to an old friend.

“He asked me a lot of questions about how my life has panned out.

“We spoke about the impact of the virus. 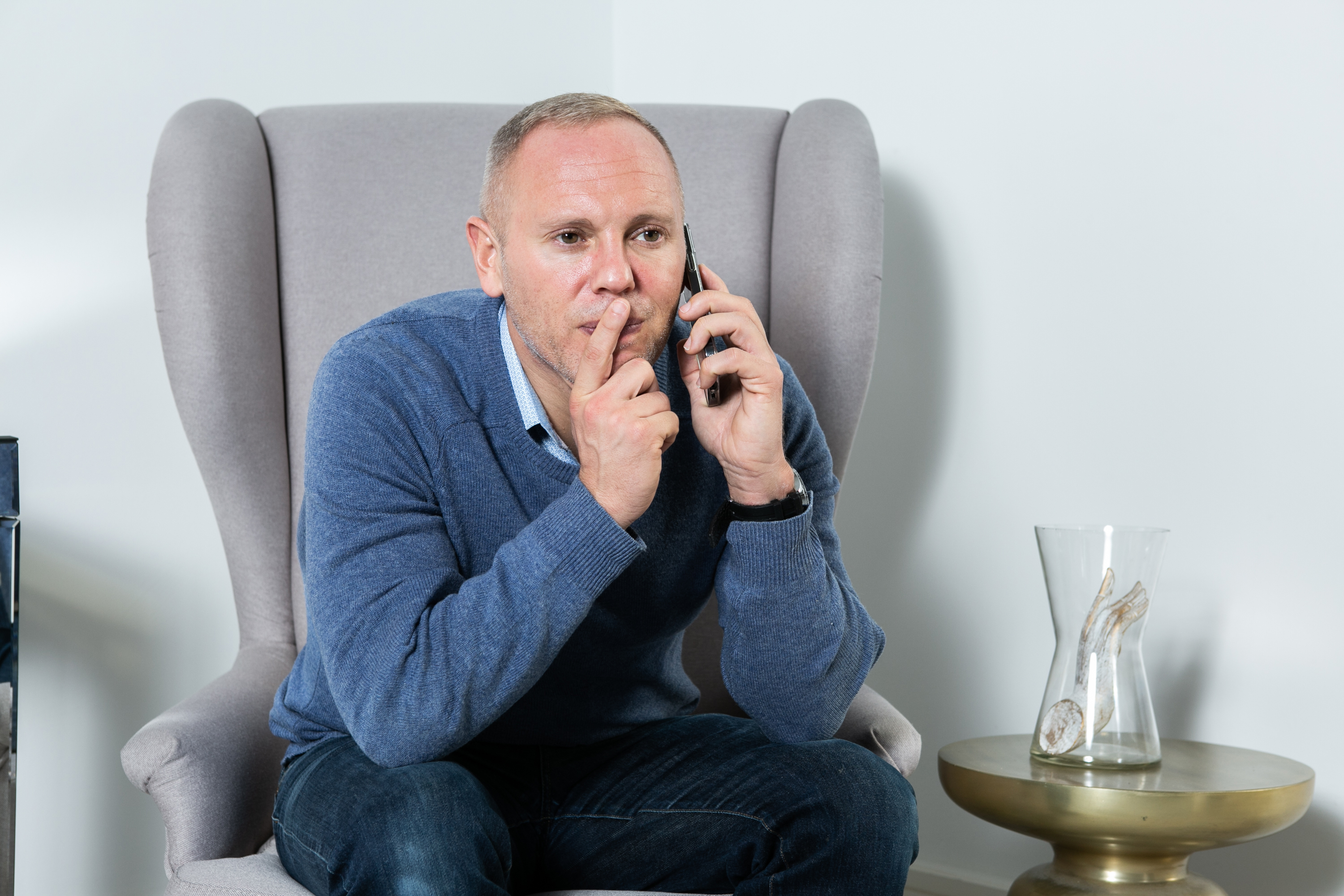 “I’ve had to shield and all of the social activities I enjoyed have had to come to an end. The days can be very long now.

“We had a really good laugh and it was very relaxing to talk to him. Having our chat was a highlight of my week.

“I had to visit the dentist on Monday and on Tuesday both my microwave and freezer broke down, so that call with him on Wednesday really did lift my spirits.”

'If you join the campaign you can make a difference too'

Tom looks after his wife Jill, 84, who is living with dementia. 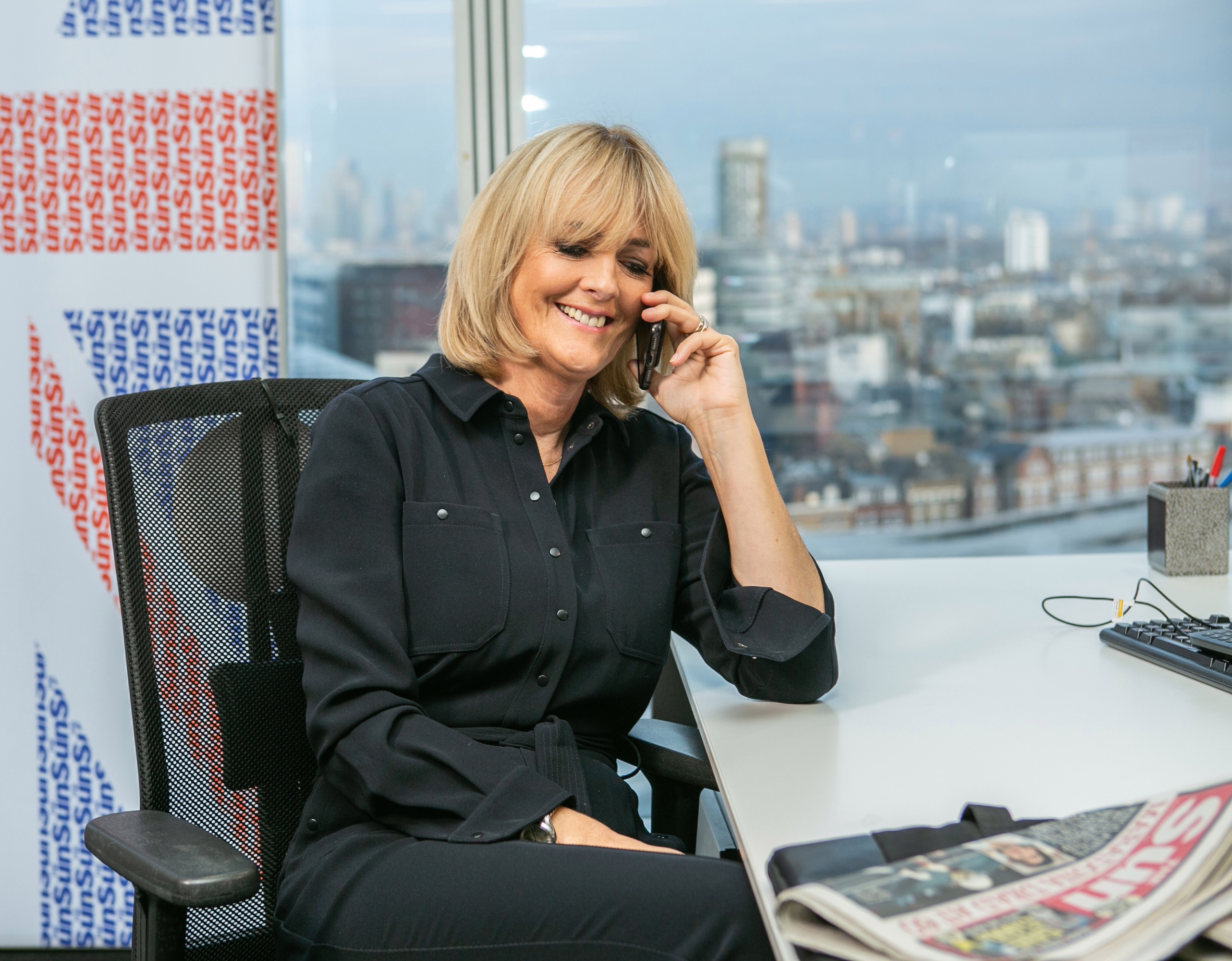 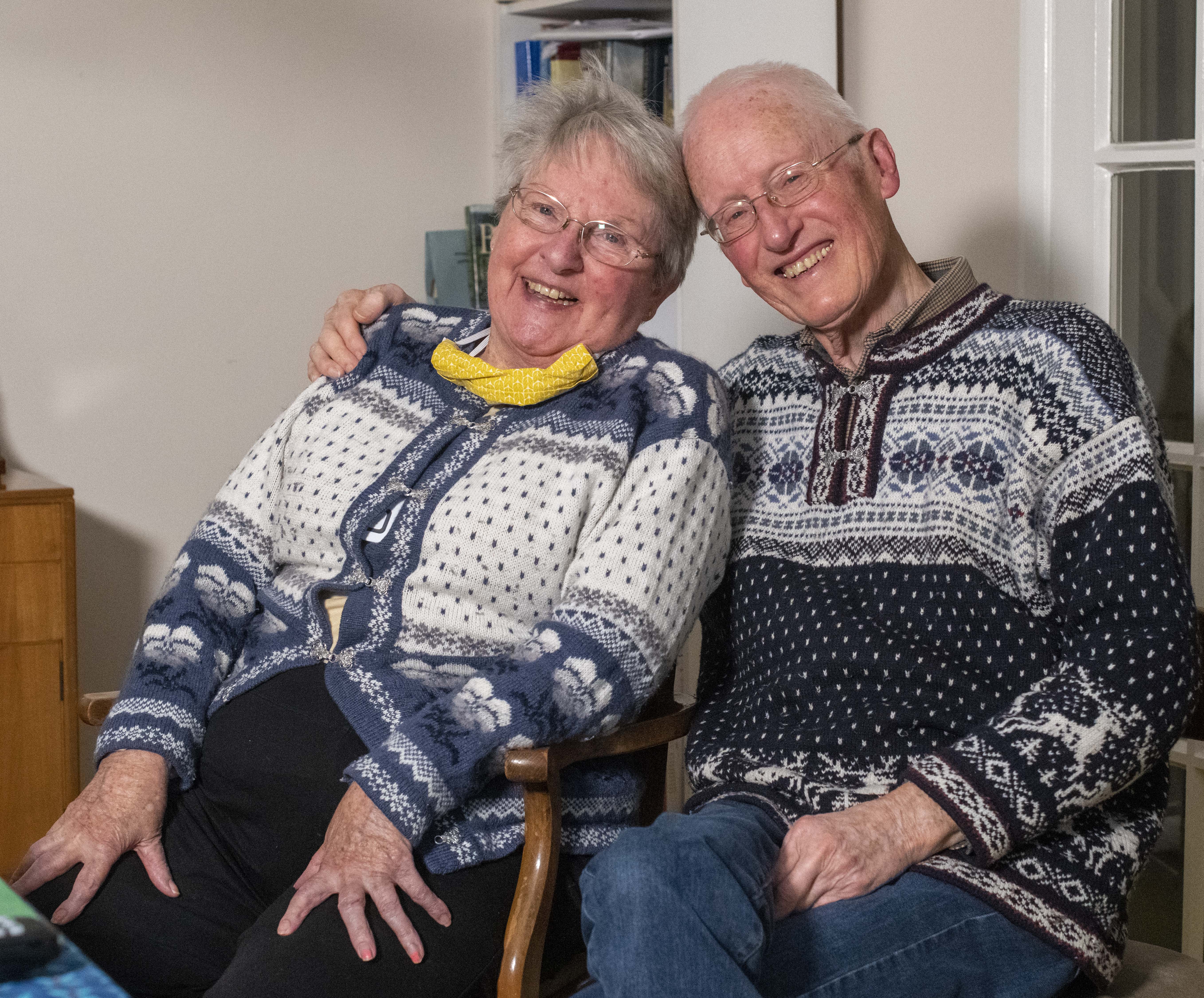 As her health deteriorated he picked up the cooking and household chores, something that was new for him.

He started going to a Royal Voluntary Service lunch club so he could enjoy a meal with Jill once a week to give him a day out of the kitchen.

The lunch club can’t open at the moment and the couple have found lockdown tough.

Jane said: “Tom and I chatted for 45 minutes but it felt like a few seconds.

The obvious love between him and Jill was wonderful to hear

“The obvious love between him and Jill was wonderful to hear and, despite her diagnosis, they consider themselves lucky because they have each other and aren’t alone.

“He was so appreciative that I had called and, if you sign up to The Sun’s Christmas Together appeal, you can make a difference to someone’s day too.

Tom said: “Jane and I covered all sorts of subjects. Jill even got involved with the conversation too, which was lovely.

37% people know someone who will be spending Christmas alone

16% Brits said they were ‘dreading’ Christmas

52% said they have helped a vulnerable person during the pandemic

“The past four years have been tough at times and there have been times of loneliness, which have got worse.”

It was a real boon when Tom and Jill discovered The Royal Voluntary Service’s Mill End lunch club in Rickmansworth, where not only do they get to socialise with others, but Tom joked: “Jill gets a bit of respite from my cooking.”

In October the Duchess of Cornwall visited the club and served lunch to regular diners, including Tom and Jill.

The visit made headlines after diner Kay Francis, 96, who is almost blind, didn’t realise her “waitress” was royalty and asked: “Aren’t you going to cut it up?” Camilla happily did. 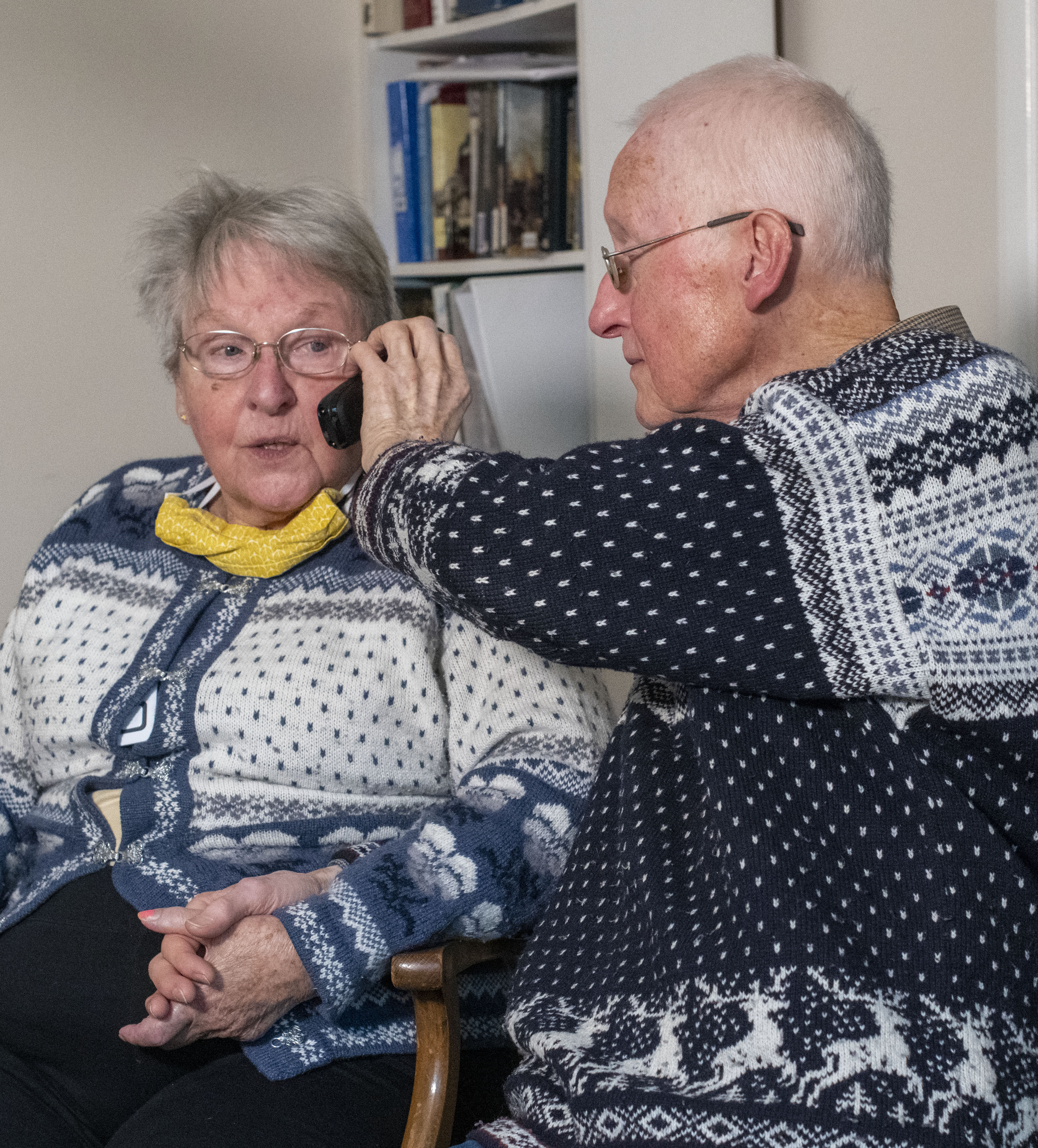 'Lynn told me volunteers had made a difference’

LORRAINE called Lynn McQuaker, 76, who lives alone in Falkirk, Stirlingshire, and is shielding due to a health condition.

Lynn has experienced loneliness and benefited from support from the Royal Voluntary Service earlier in the pandemic. 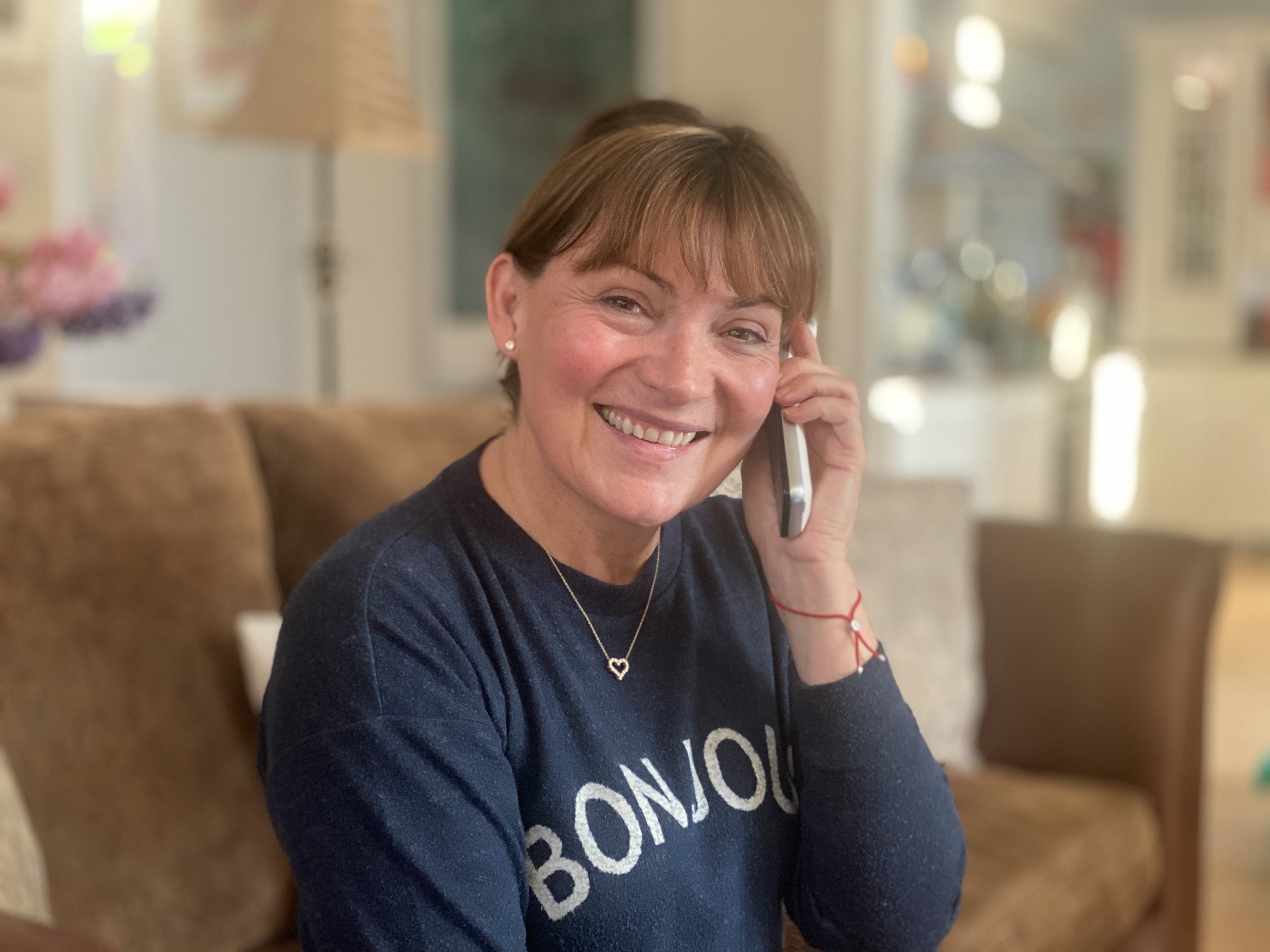 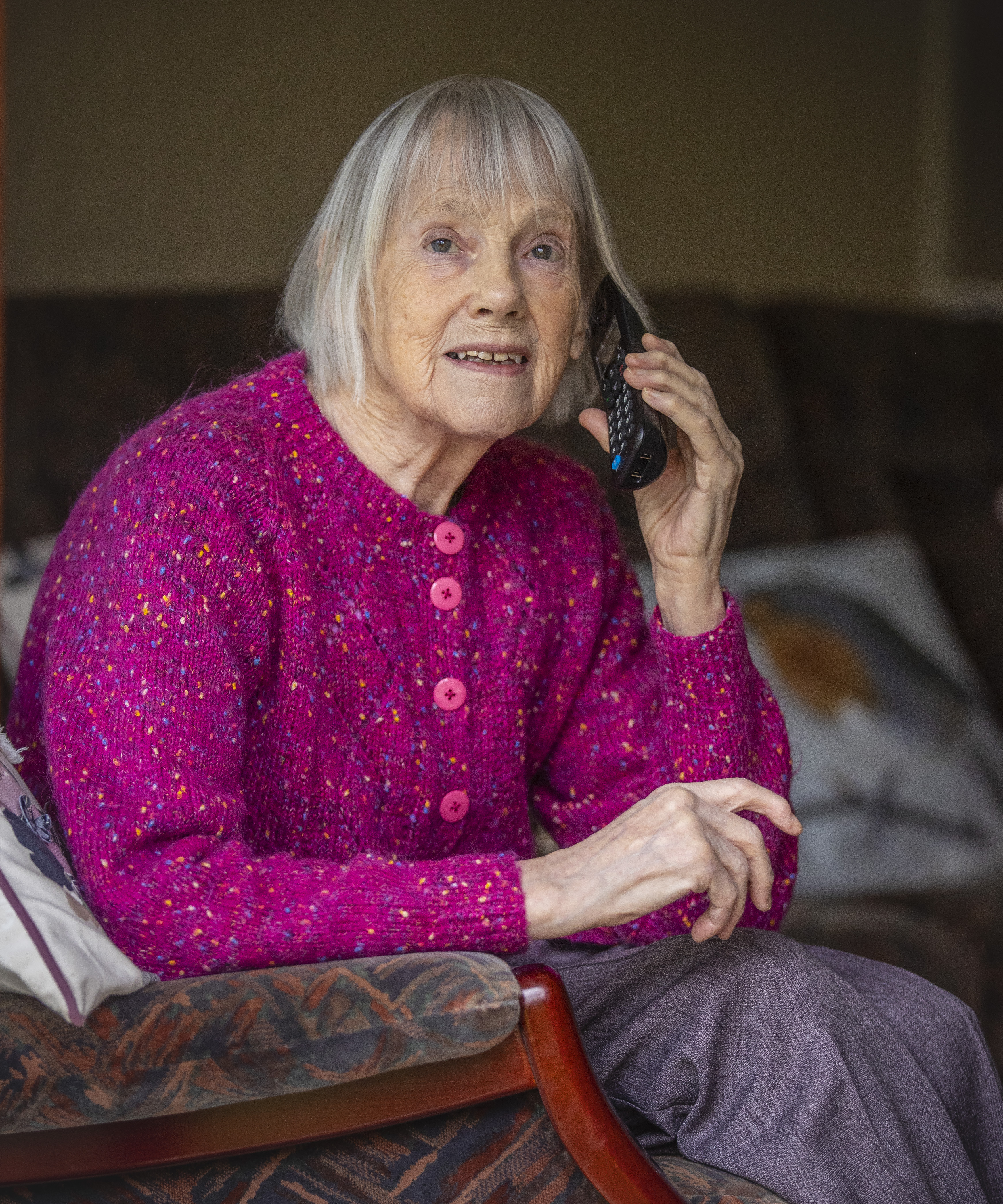 Lorraine said: “Lynn was an absolute delight to chat to. It felt like I was talking to an old friend.

“She clearly loves a chat. She told me how, throughout the pandemic, volunteers had made a huge difference and something as simple as a call from one lifted her out of feeling isolated.

“It was heartbreaking to hear Lynn describe how loneliness was a killer and made it difficult to get out of bed in the morning.

“But the work of volunteers had brought the sunshine out again.

“She misses her beloved sister Mavis, 83, desperately but it was heartening to hear how she was mastering Zoom to talk to her. I would urge anyone to sign up and make a call like I did.

“It was just lovely and hopefully Lynn enjoyed it as much as I did.”

Lynn said: “It’s been a very tough time this year and I’ve experienced depression and anxiety at times.

“I broke my thigh bone just before lockdown and subsequently all of my medical appointments have been cancelled and I’ve been in a lot of pain.

IF you would like to donate to support the work of the Royal Voluntary Service, text RVS5 to 70570 to donate £5, visit royalvoluntaryservice.org.uk/christmasdonate, or call 0800 731 9197 – lines open Monday-Friday, 9am to 5pm.

“I usually see my sister quite a lot but haven’t been able to and I’ve missed her very much.

“It was lovely to chat to Lorraine. She was so down to earth and I could tell she really cares about people.

“There are so many lovely people out there and that’s something Covid has taught me.

“We spoke about the impact the virus has had, especially on those who live alone. It really lifted my spirits to chat to her.” 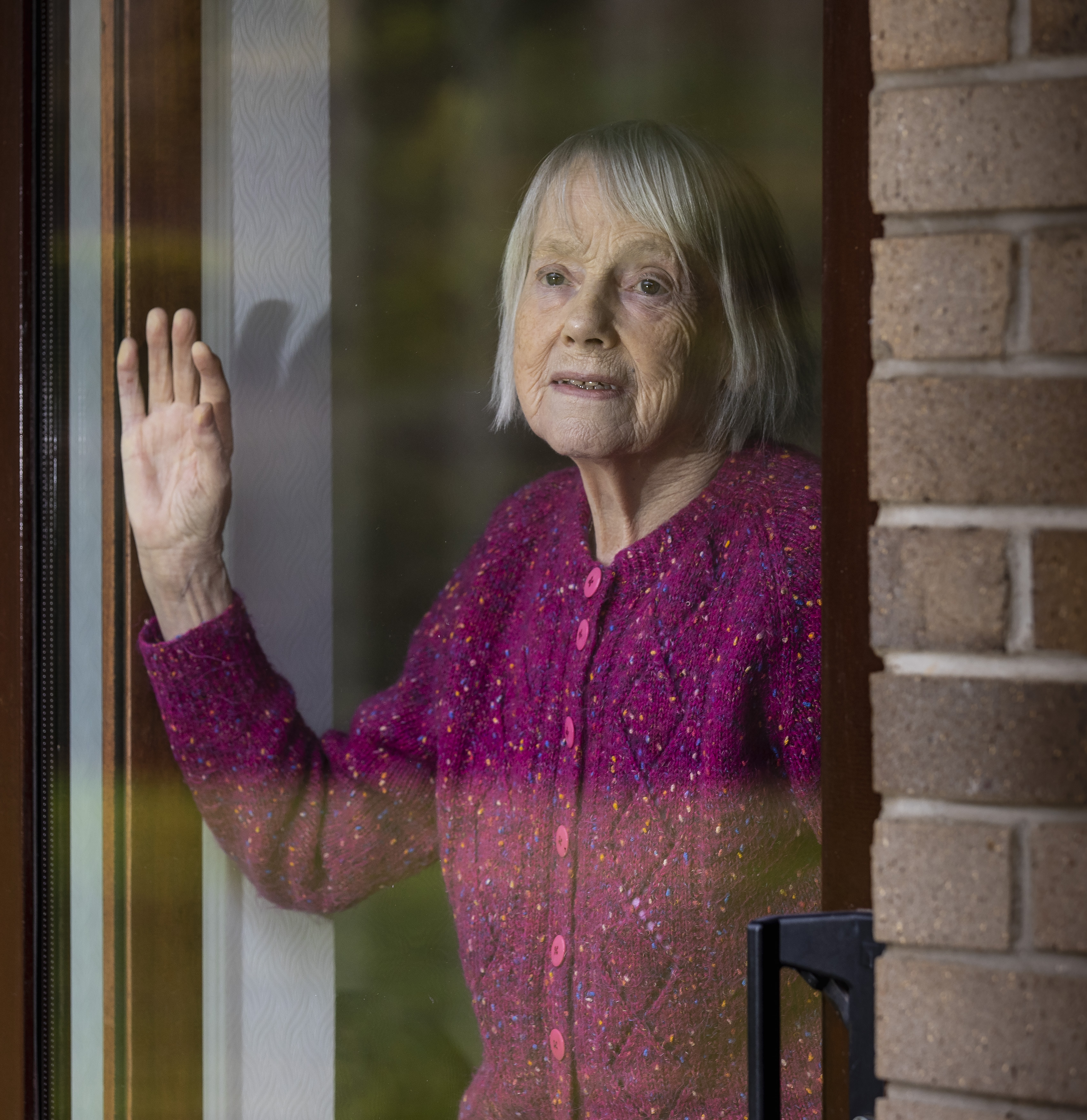 ‘Calling Geoff really made my day. I shall raise a drink to him on Xmas Day’

Geoff, who lives alone in Copthorne, West Sussex, was referred to the Royal Voluntary Service by his neighbour in June as he was shield­ing and felt he was becoming increasingly isolated. 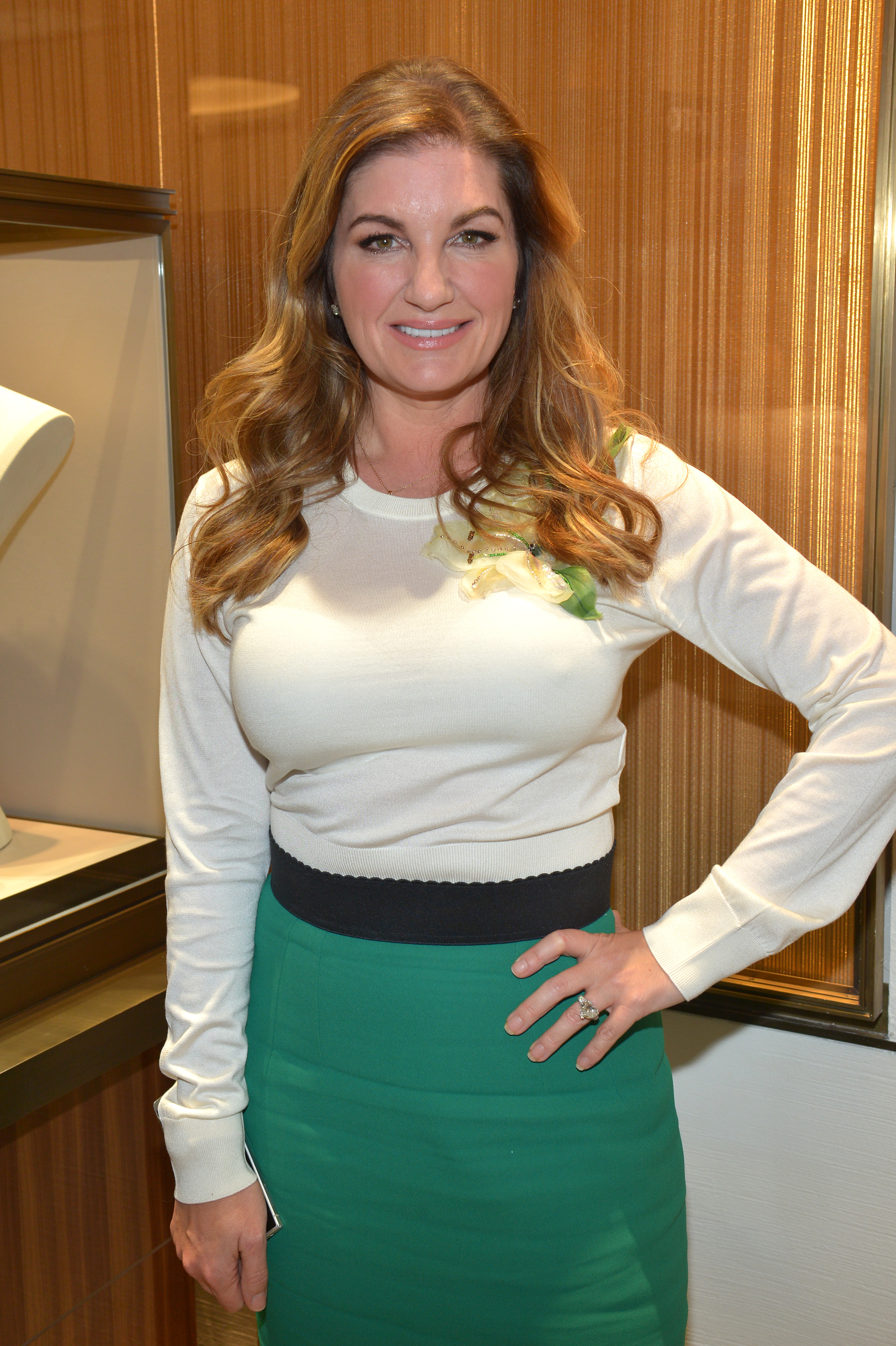 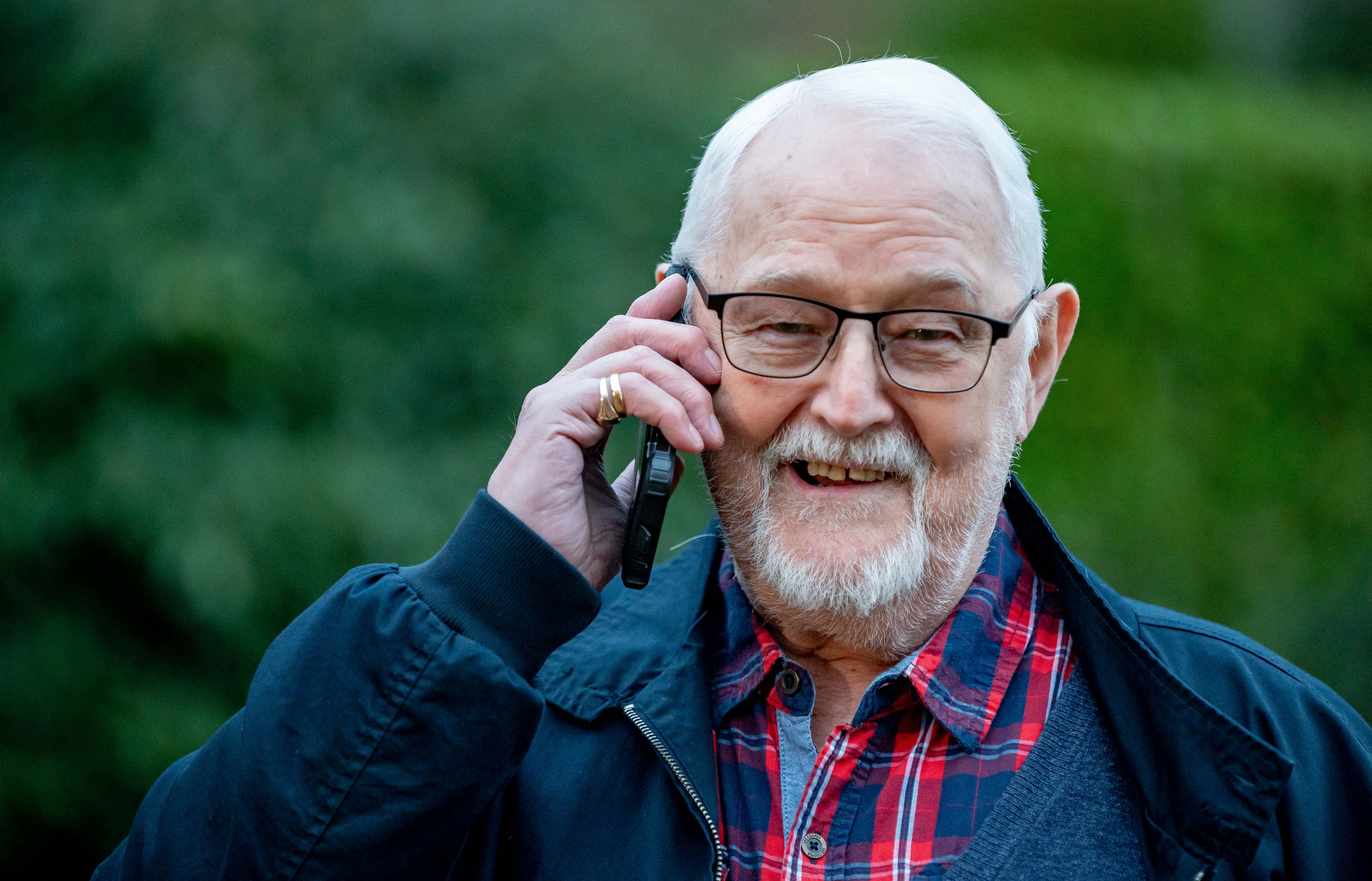 He has a son, Matthew, who lives in Australia with his family, and his daughter, Louise, lives in the Wirral.

Karren said: “What a charming man Geoff is.

“It was so lovely to hear about his life, from travelling around the world on oil rigs, to visiting Australia three times to see his family.

“Despite the loneliness that he must feel living on his own during these strangest of times, he was full of beans and energy.

I know Geoff enjoyed our chat, but I can’t tell you how much I enjoyed it too

“It was great to chat about the football. He is also a fan of The Apprentice and we chatted about the things he likes about that.

“Geoff also helps a neighbour who is 92, proving the community spirit that is the backbone of this country is still alive and well.

“I know Geoff enjoyed our chat, but I can’t tell you how much I enjoyed it too. It really made my day. I shall be raising a drink to him on Christmas day.”

Geoff said: “Karren calling has made my day. She is just magic, in fact I wish she was here. 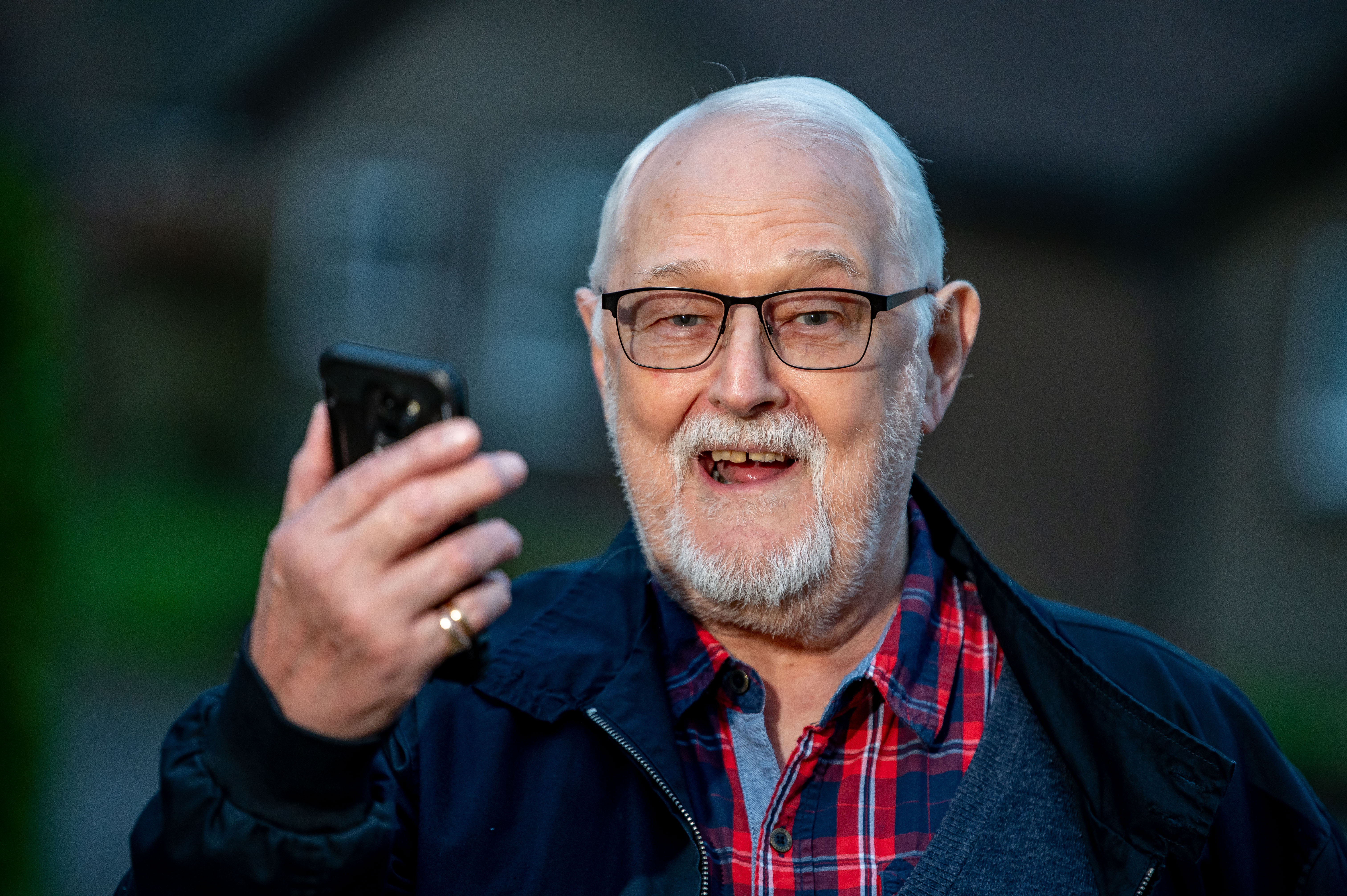 “I wasn’t sure what to expect. You don’t achieve the success that she has without being tough at times, but she was incredibly kind and caring.

"She asked me a lot of questions about my life and how I’ve found this year.

“She was sad to hear I’m spending this Christmas on my own, but it’s OK. It’s just the way it is.

“I can’t believe how much we chatted, it was like talking to a good friend.

“I’ve got a lot of good neighbours and we all check up on each other as best we can.

“The RVS have made a real difference this year to so many people.”