Anyone interested in the grand prix? Sunbather is glued to her phone as F1 cars shoot past in practice for Monaco race

The world of Formula One has descended on Monaco for the most glamorous event in its calendar.

One woman, however, appeared to be taking it all in her stride and was more interested in her phone than the cars hurtling by her hotel.

The principality’s streets are turned into a Grand Prix circuit for a race that attracts celebrities and the super rich to this sun kissed corner of the French Riviera.

Practice has got underway with drivers getting to know the intimate circuit’s famous twists and turns ahead of Sunday’s race.

The woman in these pictures seems oblivious to the proceedings, despite having a view Formula One fans would kill for. 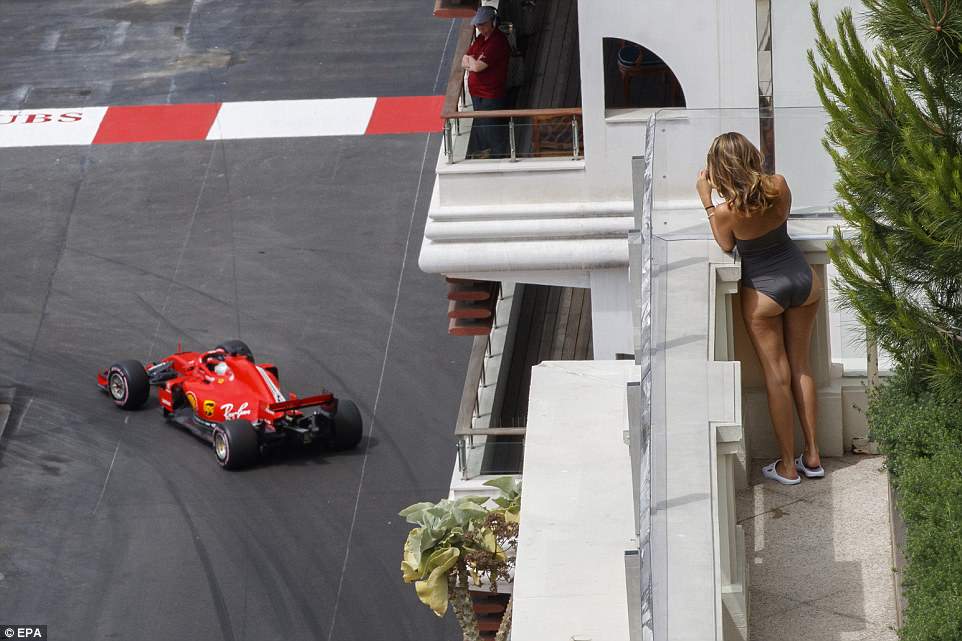 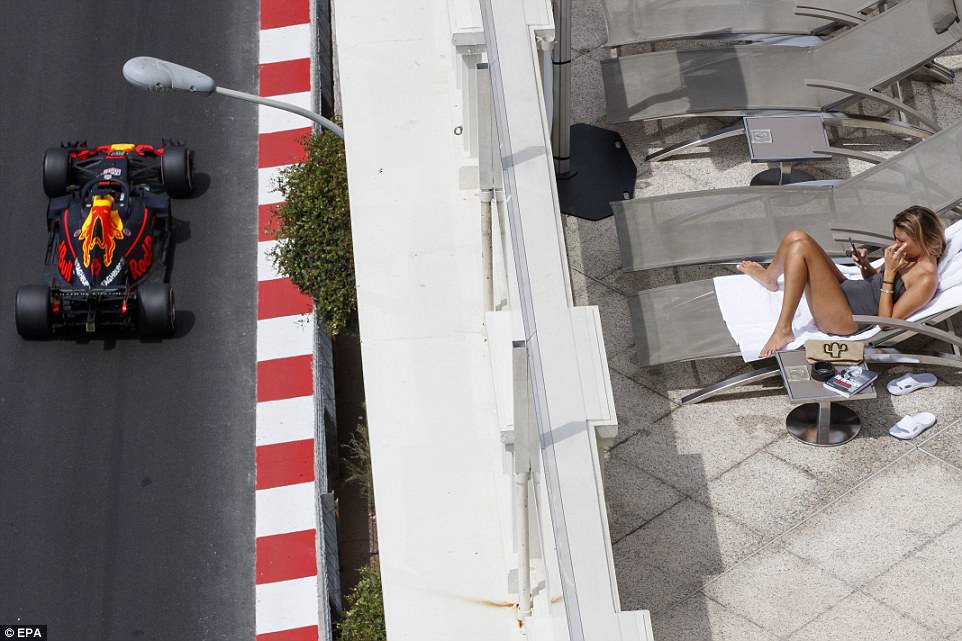 As Daniel Ricardo put his car through its paces on the street below, the woman continues to look at her phone on her lounger 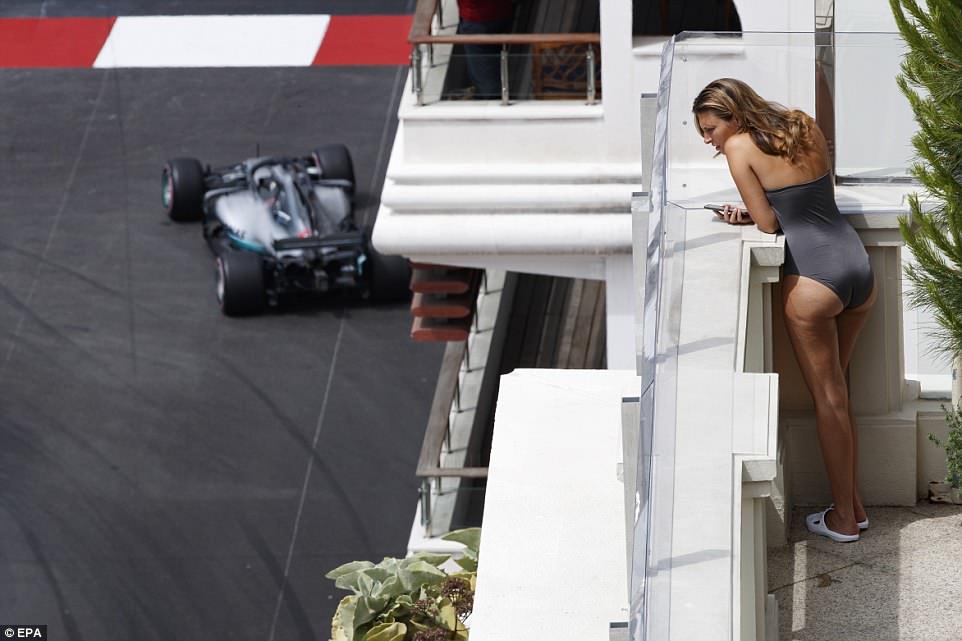 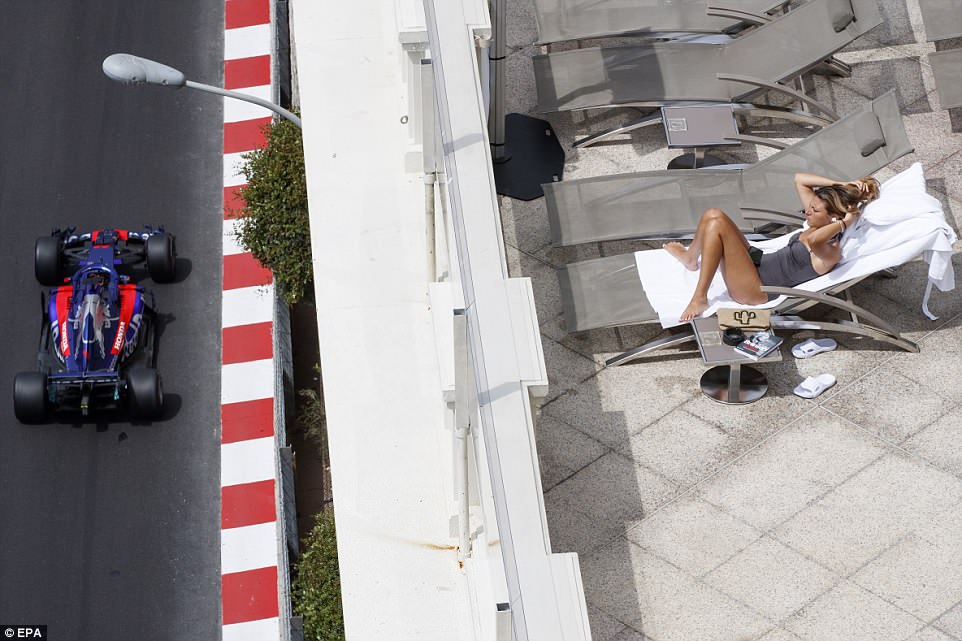 It’s back to the sun lounger to top up the tan. Meanwhile, Brendon Hartley, from New Zealand, is driving below in a Scuderia Toro Rosso 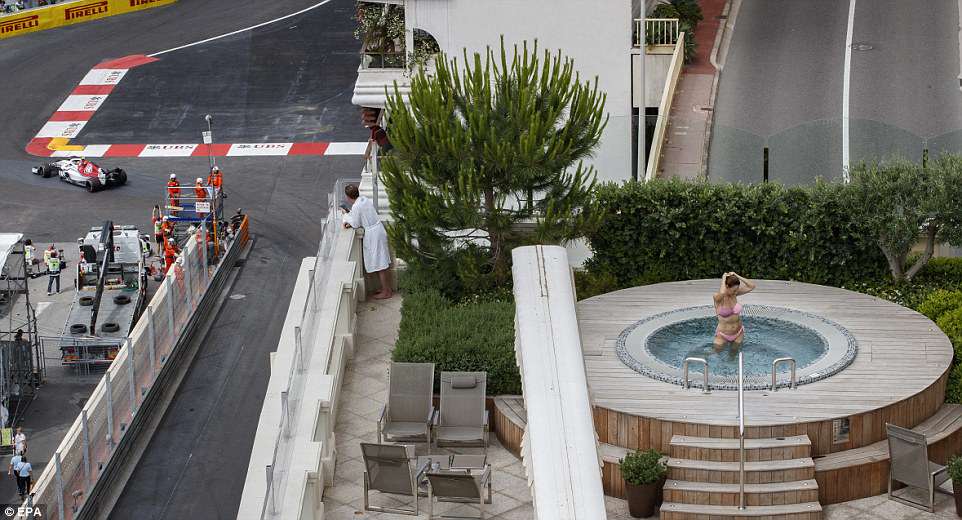 The balcony where the woman was photographed has a bird’s eye view of the race, for which practice has now begun 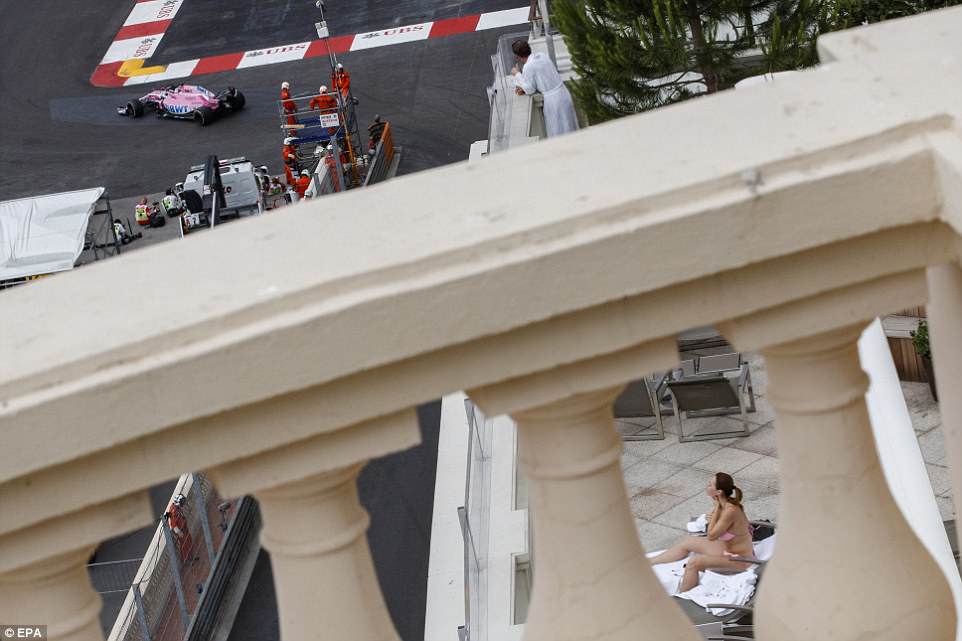 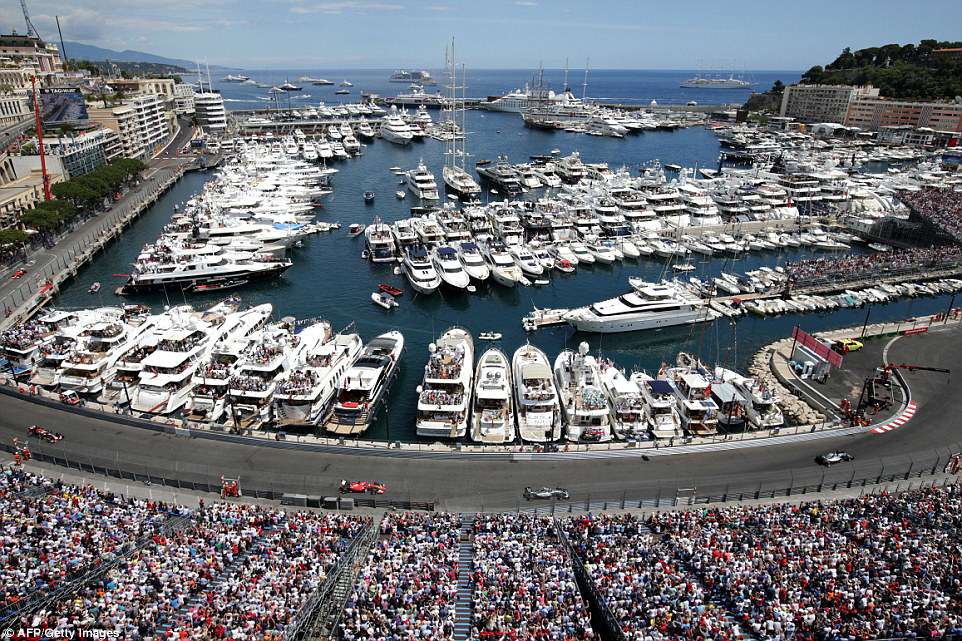 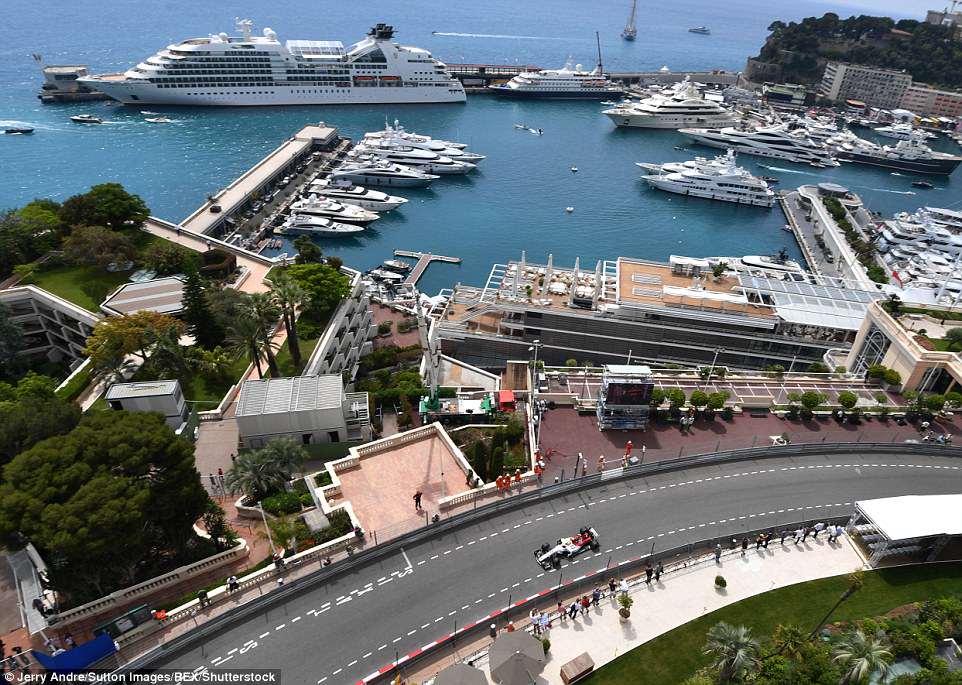 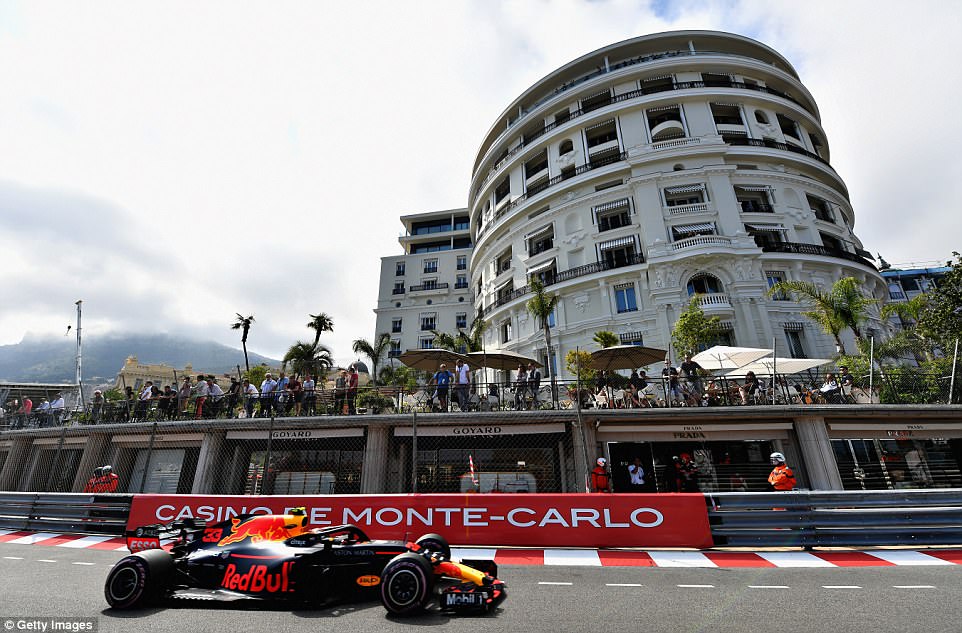 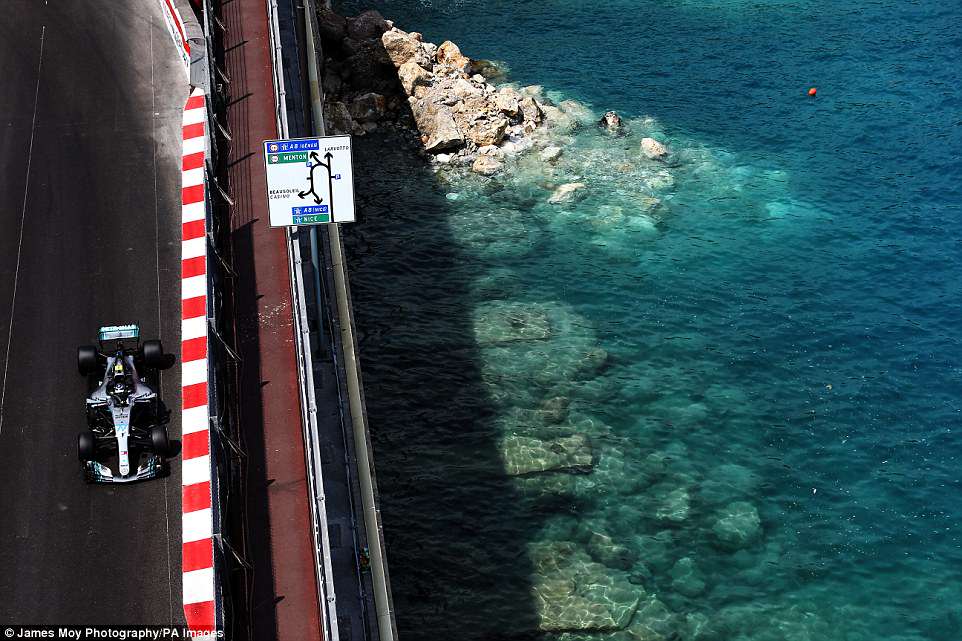 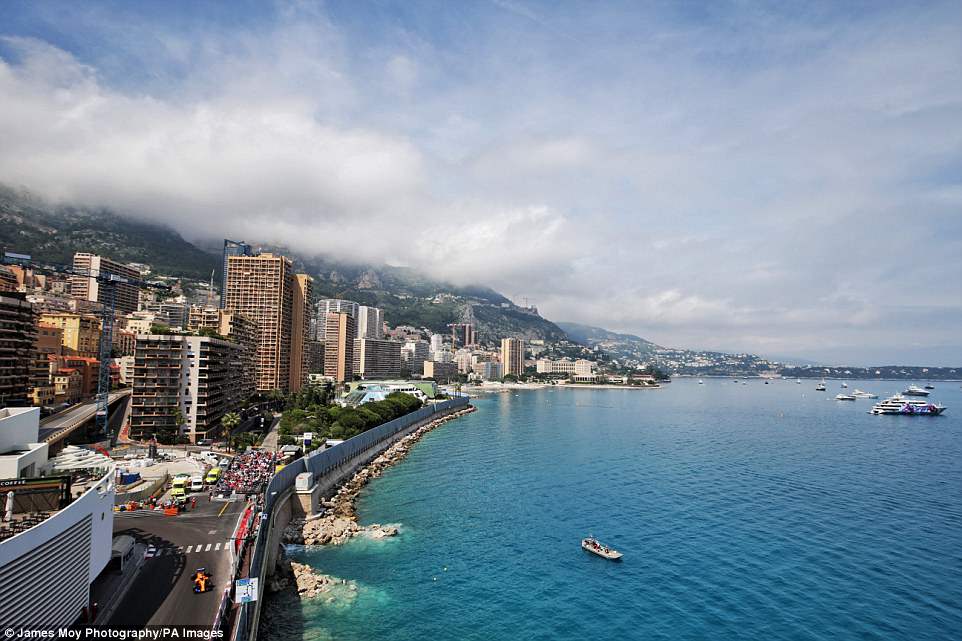 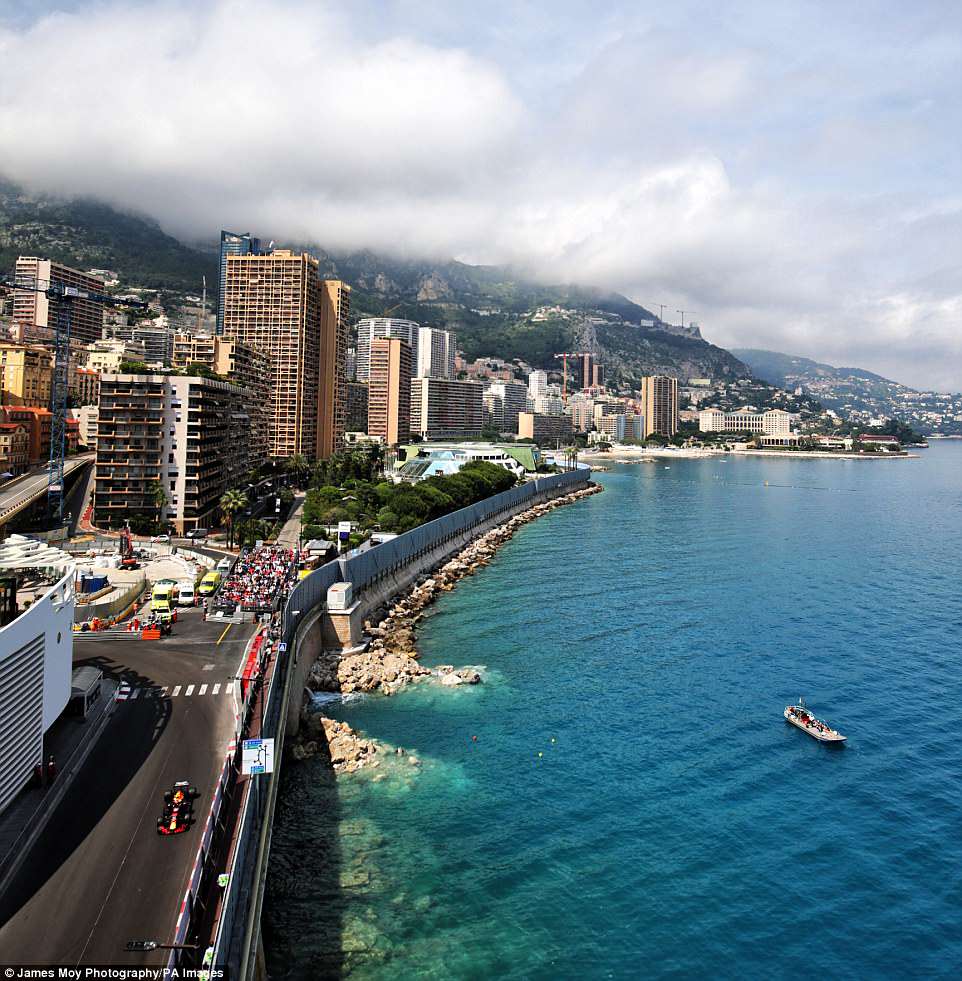 Formula One descends on Monaco for the Grand Prix. Pictured is Max Verstappen in his Red Bull Racing RB1