Showers moving in from the southwest are likely to become more persistent across much of the country, with Northern Ireland seeing similar conditions moving in later.

UK weather forecast for 6am on Sunday 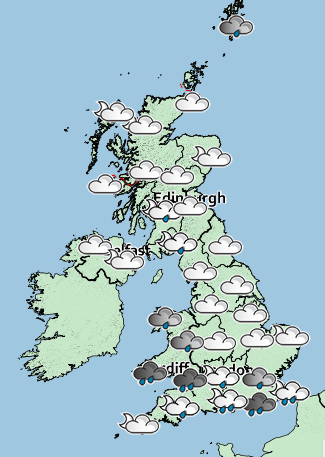 The far south and west of the country will be windy.

Towards evening, showers will give way somewhat to clear spells in the south, west and far northwest, but some of these showers will be heavy. In the east, while mainly dry, the wind will persist.

Monday will see a mixture of sunny spells and showers, with windy conditions prevailing in the south and west, where showers – along with some risk of thunder – will also be at their heaviest.

Between Tuesday and Thursday, the weather is expected to remain largely dry in many parts of the country, with extended sunny spells.

The north and west, however, will remain wet and windy until Thursday. 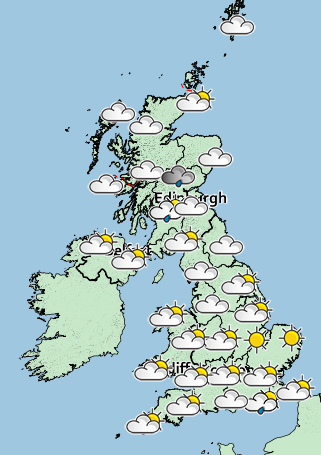 Looking further ahead, the weather is set to remain largely mild and dry across much of the country.

Rain should be confined to northwestern parts.

At the end of the week, mist and fog could become more prevalent in the south and east, although this is less likely in the northwest, where windier conditions are set to persist.

Across the north, however, there is a greater risk of overnight frosts.

Drier than average conditions for the time of year are set to continue, and temperatures are set to gradually return to normal over the forecast period.

Towards the end of November, and into early December, the weather is set to remain largely settled.

Temperatures will generally be below average for the time of year, giving an increased possibility of snow over northern hills.

The chance of frosts will also be higher at this time, and milder interludes are likely to be shortlived. 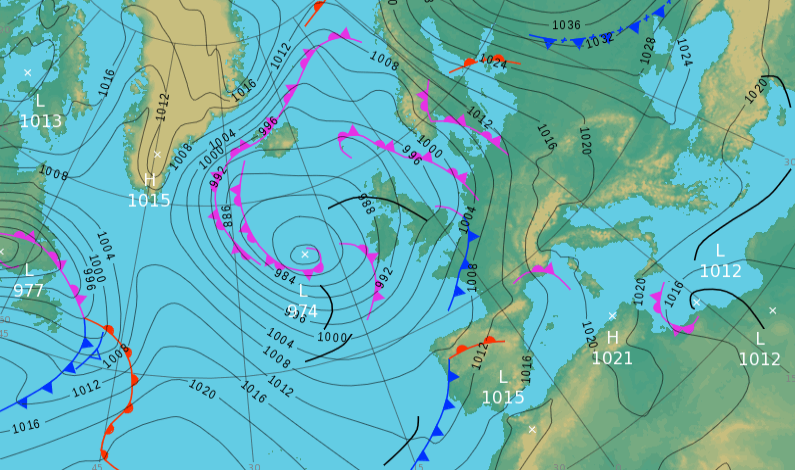