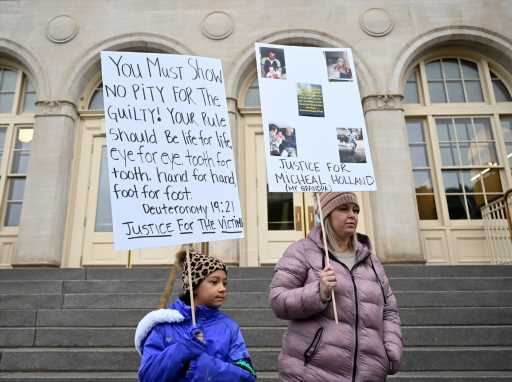 GRAND JUNCTION — Megan Hess and Shirley Koch, the mother-daughter owners of the shuttered Sunset Mesa Funeral Directors in Montrose, were sentenced to federal prison Tuesday for their role in a nearly decade-long scheme to sell body parts for cash without the consent of grieving Western Slope families.

Tuesday’s emotional hearing inside the downtown federal courthouse brings to a close a five-year odyssey that began when the FBI raided the funeral home in February 2018, following a Reuters investigation that found Sunset Mesa to be unlike any other business in the country. The gruesome details of the case drew international attention and shined a light on the largely unregulated American body broker industry.

The FBI, during an investigation dubbed “Operation Morbid Market,” ultimately tracked hundreds of bodies and body parts sold by Hess and Koch to places as far away as Saudi Arabia. Over the course of several years, dozens of Coloradans who used Sunset Mesa were horrified to learn from federal agents that the urns in their homes didn’t contain their loved ones’ ashes.

Arguello said the offenses went beyond run-of-the-mill check fraud cases, agreeing with the government’s assertion that Hess and Koch used their positions of trust to defraud people at their most vulnerable.

“The true beneficiaries were not disabled individuals but defendants Hess and Koch, who benefited financially from the sale of body parts,” Arguello said.

A federal grand jury in March 2020 indicted Hess and Koch, charging each with six counts of mail fraud and three counts of illegal transportation of hazardous materials. Jason Dunn, the U.S. attorney for Colorado at the time, called their actions “blatant fraud.”

“This betrays a fundamental trust during one of the worst times in a person’s life — having to make arrangements for a deceased loved one,” Dunn said in a news release announcing the arrests. “It is hard to imagine the pain and worry of those who used Sunset Mesa and not knowing what happened to their loved ones’ remains.”

Both women pleaded guilty earlier this year to one count of mail fraud, with a maximum sentence of 20 years in prison. Investigators determined Hess and Koch stole the bodies or body parts of at least 222 victims, with another 338 “almost certainly stolen,” according to Hess’ plea agreement.

The mother and daughter sold these bodies without consent — and in some cases forged documentation in order to sell bodies with infectious diseases such as HIV and hepatitis, the government found.

FBI agent John Busch testified during Tuesday’s hearing that Hess ripped off logos and slogans from an organ and tissue company — Denver-based Donor Alliance Inc. — to falsely market to families that they could donate organs to help the blind see or the immobile walk through a new spine.

In reality, Sunset Mesa could not legally offer these services.

Koch, in two interviews with law enforcement in February 2018, told federal investigators that Hess was the “brains” behind the operation, that the funeral home did not keep proper records and that cremated remains were mixed together because it was “‘too hard’ to keep things separate,” Hess’ attorney wrote in a March court filing.

“She was the business part of it,” Koch told an FBI agent, according to an interview transcript included in Koch’s response to Hess’ motion. “I was really the labor part of it.”

Hess and Koch have also been named in seven lawsuits brought by families who said they were deceived and defrauded. Judgments in those cases have totaled millions of dollars.

Hess and Koch’s attorneys argued in pre-sentencing statements to the judge that their clients’ motives weren’t entirely bad: They believed strongly that “without donation (of bodies or body parts) there is no cure,” Koch’s attorney wrote. Hess’ lawyers said the Sunset Mesa director didn’t get rich from this scheme; she drives a 16-year-old car and is deep in debt.

“Ms. Hess has been figuratively tarred and feathered by the local community as much as one can in the 21st century,” her attorney wrote in the filing, urging the judge to consider a lighter sentence.

Hess, in a 2016 interview with Reuters, said she viewed the body parts operation as a public service, helping research and medical education.

“It’s for the good of the world,” she told the news outlet, “and I like to help people.”

The 2018 Reuters investigation found Sunset Mesa operated unlike any other business in the country. The news agency could find no other examples of a body broker business operating under the same roof as a funeral home and crematory.

A former employee, cited in the Reuters story, said Koch extracted gold teeth from the deceased in order to pay for a Disneyland vacation.

It’s not illegal in the United States to sell body parts for research and education, though the industry is not federally regulated. Few states oversee the business and almost anyone — with or without experience — can dissect and sell human body parts.

This is a developing story and will be updated.