Jacob Vaughn, of Toledo, Ohio, was rinsing off the vegetable when he noticed the arachnid emerge from behind a floret and says it "did not seem pleased". 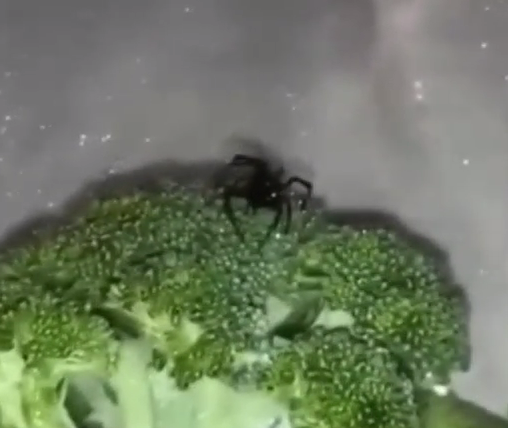 The college student quickly realised it wasn't any old eight-legged critter, but in fact a much-feared false widow spider, which has a venomous bite.

He used a pair of tongs to pick up the broccoli with the creepy crawly still attached and sealed them in a plastic bag.

Following the incident on Monday, Mr Vaughn told WTOL: "The spider came out and started waving his hands.

"It was pretty obvious he was alive since he was throwing his hands in every direction. He did not seem pleased." 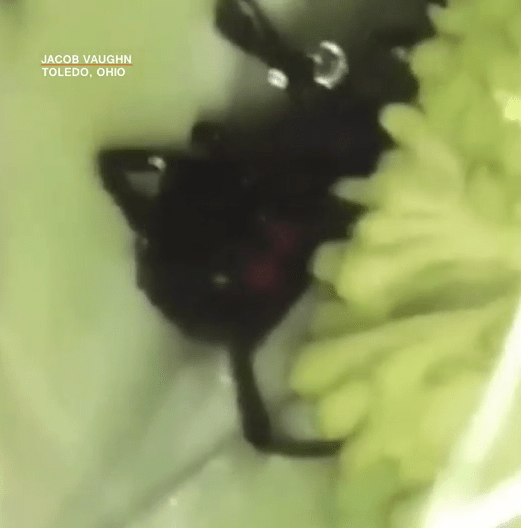 So little Broccoli has spun her Web and is getting down to the business of eating she has been very hungry, She also…

Incredibly, an animal rescue sanctuary heard about Mr Vaughn's run-in with the spider and it has now been ADOPTED and named Broccoli.

Another Chance Sanctuary in Clyde, Ohio, got in touch with the student after he shared a video of the black widow on his veg online.

The rescue centre said on Facebook: "Well, not sure how many of you heard about the young man who bought broccoli at the local Kroger and found a BLACK WIDOW in it…but ..well our latest intake…."

"Welcome "Broccoli " to the rescue."

Well, not sure how many of you heard about the young man who bought broccoli at the local Kroger and found a BLACK WIDOW…

The following day the sanctuary updated the post to say that Broccoli's adoption was approve.

It said: "So little Broccoli has spun her Web and is getting down to the business of eating she has been very hungry.

"Also her adoption has been approved so congratulations to Broccoli on her new home.

"She will be going to live with a young lady who recently lost her female black widow. "

The supermarket where Mr Vaughn bought the broccoli has since offered him a refund or replacement.

"We encourage customers to inspect fresh produce prior to consuming. If customers are not satisfied with their purchase they are welcome to return it for a refund or exchange."