A 24-year-old supermarket worker who caused serious injury to a two-year-old child when he sexually assaulted her has been jailed for 17 years.

Luke Jones, from Warrington, left the child in such agony she had to be anaesthetised with morphine as she underwent emergency surgery in November last year.

The child’s mother left Jones to look after her, as the judge reportedly told him today, she could have had no idea of the demons the paedophile was harbouring.

Jones rang 999 at around 3.30pm on November 12 to claim that the toddler had harmed herself, he was said to have put the family through hell with his cover-up. 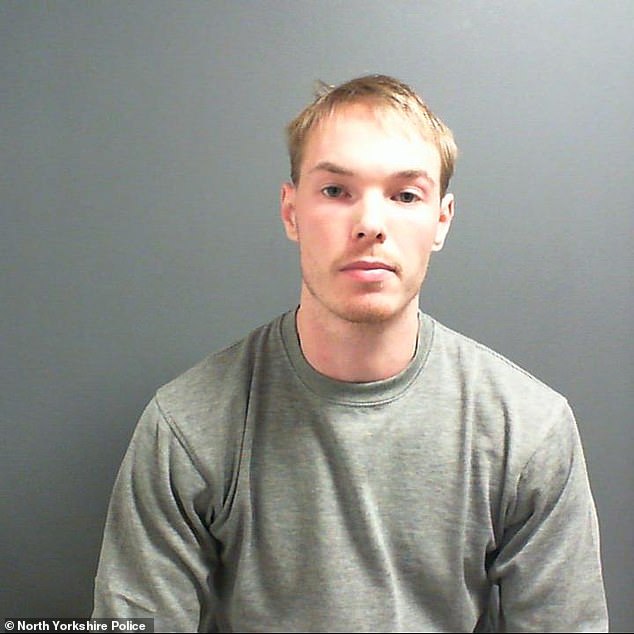 Luke Jones, 24, from Warrington, pleaded guilty to sexually assaulting a person under 13 by penetration at his first hearing and was caged on Thursday for 17 years at York Crown Court

The York Press reported Judge Andrew Stubbs QC told Jones at York Crown Court: ‘It is hard to imagine a more serious case than this.’

The judge continued, ‘You have pleaded guilty to an utterly appalling crime.’

The victim will reportedly make a full recovery.

The judge commended the paramedics for their professionalism when confronted with the horrific scene.

The child had been left shivering in the bath and police later arrived to find Jones curled up in the fetal position.

He told the officers he had been expecting them.

Jones previously pleaded guilty to sexually assaulting a person under 13 by penetration at his first hearing on December 21, 2018.

Jones was jailed on Thursday at York Crown Court for 17 years, of which he must serve 12.

He was also put on the sex offenders register for life and given a sexual harm prevention order for life. 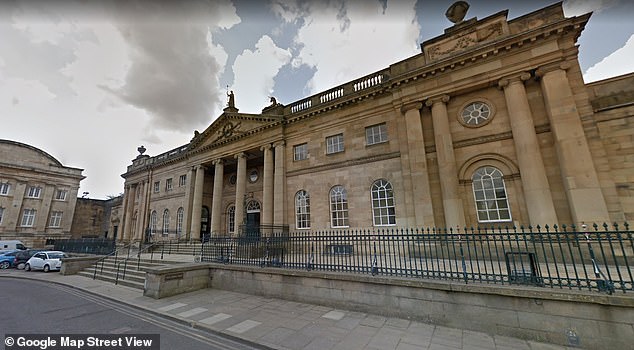 York Crown Court, Judge Andrew Stubbs QC told Jones: ‘It is hard to imagine a more serious case than this’

Investigating officer Detective Constable Matthew Brownridge, of North Yorkshire Police, said: ‘Luke Jones inflicted horrific injuries on his victim and put the victim’s family through hell whilst trying to cover up what he had done.

‘I am very pleased that we have managed to get justice for the victim and their family and I would like to commend them all for the bravery they have shown throughout the investigation.

‘There are no words that can make up for what they have been through and I hope the fact Luke Jones will now be behind bars for a very long time will allow them some kind of peace in order to try and move forward.’

The victim’s mother said: ‘This has been a really traumatic time for my family but we would like to say a big thank you to the NHS and police force for their help and support during this time.’