Washington:  The impact of the Republican blockade of President Barack Obama's nomination of Merrick B. Garland in 2016 for the Supreme Court became powerfully clear after the court's conservative majority handed down major decisions to uphold Trump's travel ban and in favour of abortion rights opponents. 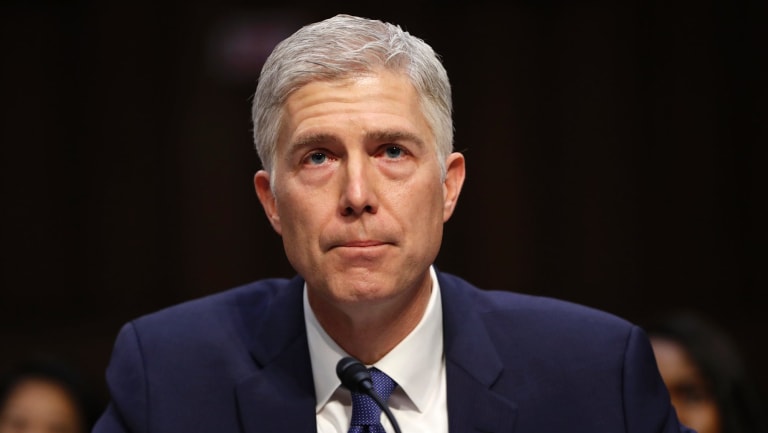 Social conservatives cheered the court's ruling that a California law requiring "crisis pregnancy centres" to provide abortion information likely violates the First Amendment. Some conservatives also viewed the ruling — their latest win to advance their anti-abortion cause since Trump has taken office — as another opportunity to energise their base before the November elections.

The travel ban decision drew more conflicting reactions from conservative voters and religious groups, with some criticising it as anti-immigrant. Several groups supporting immigrants deemed the travel ban decision "shameful" and "hateful." And many Democratic leaders denounced both rulings.

What many partisans on both sides agreed on, though, was that Gorsuch — who voted with the 5-4 majorities in both cases — was an especially key figure in Tuesday's decisions, because he wouldn't have been on the court if Obama had been successful with the original nomination of Garland.

"These 5-4 decisions remind us of the key role Justice Neil Gorsuch plays on the Supreme Court and why 81 per cent of evangelicals voted for President Trump," said Penny Nance, president of the Concerned Women for America, which filed an amicus brief in support of the pregnancy centres. 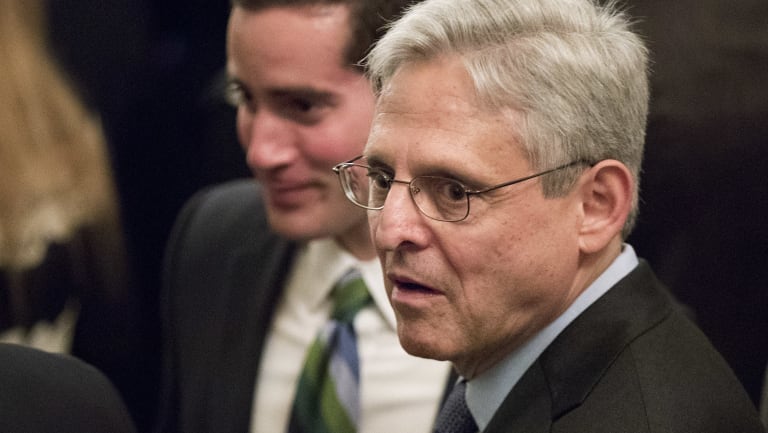 Then-Supreme Court nominee Merrick Garland, at a Hanukkah reception hosted by President Barack Obama and first lady Michelle Obama, in the East Room of the White House in Washington,

For liberal voters, the decisions underscored their worst fears about the Republican tactics in 2016 to block Garland, a relatively progressive nominee, after the death of Justice Antonin Scalia, a conservative.

The Republican majority in the Senate refused to convene a hearing or a vote on Garland's nomination, insisting that the next president should fill the seat — a controversial move that some legal scholars called unprecedented.

After Trump's election that November, he nominated Gorsuch for the Scalia seat and the Senate confirmed him, keeping the court in the hands of a conservative majority.

"As one after another 5-4 rulings of this SCOTUS on voting rights, abortion rights, the travel ban and more are announced, the full meaning of @SenMajLdr's unconscionable, nearly yearlong blockade against the nomination of Judge Merrick Garland is manifest," David Axelrod, a senior adviser to Obama, wrote on Twitter on Tuesday. 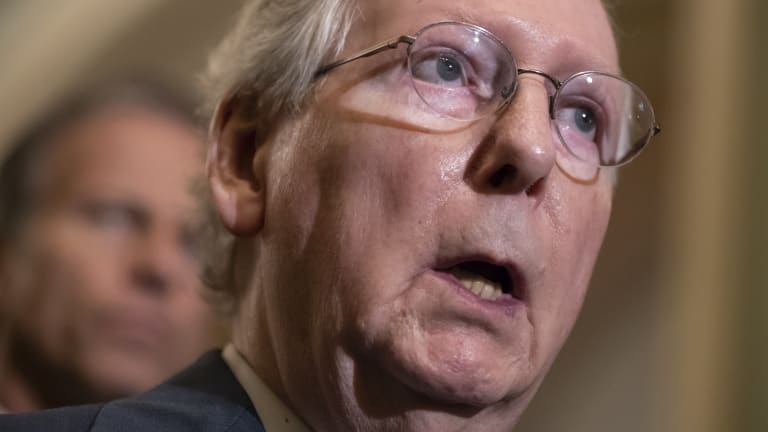 During a news conference Tuesday, Senator Mitch McConnell, the majority leader, sidestepped a question about the thwarting of Garland's nomination and used the opportunity instead to offer praise. "Neil Gorsuch was an outstanding appointment," he said. "I'm happy to see a Supreme Court right of centre, as it was before Justice Scalia passed away."

While it is too early to know if the rulings might affect political races in the November mid-terms, they are another reminder that the party in control of the Senate — in this case, the Republicans — has significant sway over the direction of the Supreme Court and the federal judiciary because of the chamber's confirmation powers.

Democrats and Republicans both turned control of the Supreme Court into a campaign issue in 2016, and it proved to be influential with some Republicans who did not like Trump but did not want Garland or an appointee of Democrat Hillary Clinton taking Scalia's seat.

Marjorie Dannenfelser, president of the Susan B. Anthony List, a group that opposes abortion rights, called Tuesday's ruling on pregnancy centres "wind in the sails for President Trump's overall pro-life agenda," and stressed the importance of the court for her organisation's mid-term organising efforts.

"There could be one or several vacancies on the Supreme Court in the next two years," she said. "President Trump is committed to nominating pro-life justices, but in order to confirm them, we must have a pro-life majority in the Senate."

The US Conference of Catholic Bishops had opposed Trump's ban as "blatant religious discrimination" in an amicus brief. John McCullough, president of Church World Service, a faith-based organisation devoted to refugees and immigrants, called on Congress to stop Trump from implementing "his cruel anti-family, anti-refugee, anti-immigrant agenda."

T'ruah, The Rabbinic Call for Human Rights, said that its network of 2,000 rabbis would protest the travel ban until it is cancelled.

Democratic politicians expressed outrage over the two decisions, with many focusing in particular on the travel ban ruling.

"Let's call this ban for what it is: an outright attack on the Muslim community that violates our nation's commitment to liberty and justice for all," the Democratic National Committee said in a statement. "This is part of a larger assault by President Trump and congressional Republicans on our nation's values of inclusion and opportunity for all people."

Democratic Senator Kamala Harris wrote in a tweet: "This nation was built upon the promise that people of all faiths should be welcome to our shores. Today's decision is an utter failure on that promise and an abdication of our moral leadership."

"It is a shameful day to be an American," Chuck Roth, litigation director at the National Immigrant Justice Centre, said in a statement. "Future generations will not look kindly on today's shameful abdication regarding the Muslim ban."

But Matthew O'Brien, director of research at the Federation for American Immigration Reform, which advocates tough immigration restrictions, lauded the ruling and dismissed any suggestion that the travel ban went against the country's principles.

"This doesn't have anything to do with American values," he said, adding that the decision, which he called "fantastic," was "a pretty clear vindication of the president's course of action."

In the west Los Angeles suburb known as Little Tehran, immigrants from Iran were digesting the news over small cups of thick black coffee on Tuesday morning. Many said they were not surprised to hear that the court had sided with the president, which they saw as a sign that he wielded far more authority than his predecessors.

"He's like the dictators he attacks but says he admires," said Sam Sassourian, a 72-year-old retired engineer who emigrated from Iran in the 1980s. "We love this country, but it is becoming more like the one we escaped from. This is not right and yet nobody can stop it."

Protests against the travel ban broke out in several cities after the Supreme Court ruling. A few hundred activists descended on Foley Square in New York City on Tuesday evening toting signs with messages like, "Muslim, refugees, immigrants: welcome here!" and "No ban, no wall, no raids, NY is for all." Several speakers accused Trump of discriminating against poor immigrant families who were desperate for refuge in the United States.

"This decision was nothing more than a racist decision," said Letitia James, the New York City public advocate. "This is not who we are! This was a result of the fact that they stole the Supreme Court seat!"