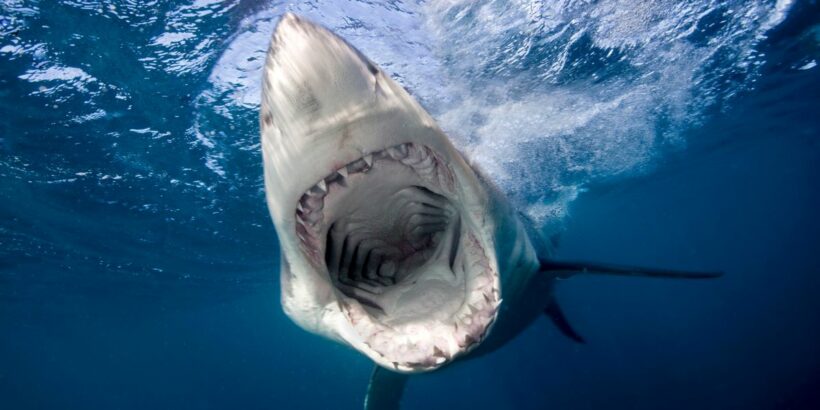 A shark has killed a surfer who was found face-down in the water on Christmas Eve.

Authorities believe the unnamed 31-year-old could have been savaged by a great white off the central coast of California, US.

Morro Bay police confirmed the surfer pulled ashore just north of the famous Morro Rock around 10:45am on Friday.

Surfers and swimmers were banned from the coastline for 24 hours through fear of the shark still being in the area, threatening another attack.

Morro Bay police said on Twitter on Friday evening: "At 10:48am a male surfer off State Parks Beach just north of Atascadero Road was pronounced dead at the scene. "Harbor, Police and Fire Departments responded to a report of a male victim unresponsive on the beach after he was pulled from the water suffering from an apparent shark attack."

The post continued: "At this time the victim has not been identified and San Luis Obispo County Corners Office with State Parks representatives are currently on scene investigating the incident.

"The beaches in the Morro Bay and State Parks area will remain open but authorities have ordered beachgoers to stay out of the water for the next 24 hours."

According to The San Luis Obispo Tribune, a female surfer saw the victim face-down and dragged him out of the water. Morro Bay Harbor Director Eric Endersby told the paper: "As we were arriving, there was a female surfer in the water that was assisting the victim that apparently saw him a little distance away from where she was, facedown in the water."

He added: "About that time, we arrived on scene… so we took over. It was an apparent shark attack victim, definitely deceased, no possibility of resuscitation.

"Obviously, it's tragic and we're all sad, especially given the time this occurred.

"It's tragic this happened. We're all sad and our condolences go out to the families."

Endersby said the condition of the surfer's body suggests he must have died recently and his injuries weigh up with those inflicted in the past by great white sharks.

No one has come forward as a witness to the tragedy but crews were deployed to scour the water for the beast responsible, MailOnline reports.

The surfer's death adds to 2021's tally of 80 shark bits including eight fatal attacks and six provoked ones.

Over half of the incidents were in the US alone.