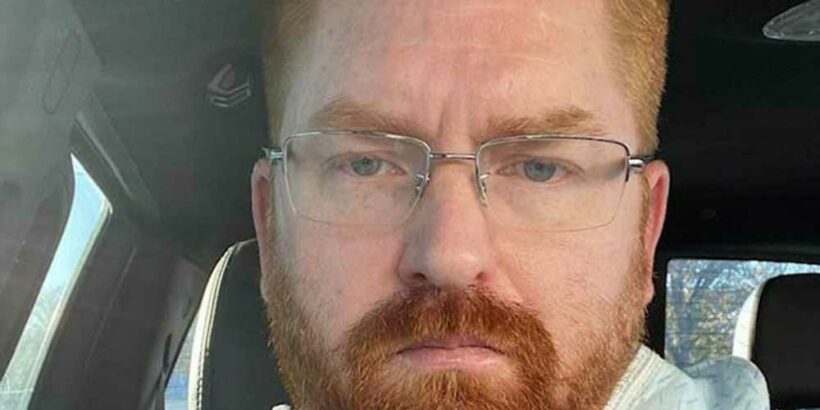 An Ohio doctor who died last week wrote his own offbeat obituary, saying he met an “unexpected, yet fabulous” end to his wild and crazy life at age 48.

It wasn’t clear how Dr. Thomas Lee Flanigan died on April 27, but the jokester referred to himself as the “Ginger God of Surgery and Shenanigans” and said he had completed his shift “as the great American cliché” in the obituary.

“Yes, I have joined the likes of Princess Diana, John Belushi, and Steve Irwin the Crocodile Hunter in leaving while still at the top of my game as an iconic superhero who seemed almost too good to be true,” he wrote in the obituary posted on Legacy.com.

The Army veteran and married father of three said he initially married his wife, Amy, for husband jokes and had three children for the dad jokes.

“It did not disappoint,” he said. “The jokes I mean, but Amy and the kids were pretty good too.”

The obituary lists some of Flanigan’s life experiences, which include “Hawaiian volcanoes, Egyptian pyramids and even the advent of air fryers.”

He attained the rank of lieutenant colonel, saved lives as a doctor and had a fulfilling cosmetic and reconstructive surgery stint, the obituary said.

His real legacy is the dad jokes, New Year’s letters and Facebook memes, he wrote.

“What was I to this world if not a beacon of light shining upon those who couldn’t scan the internet for their own hilarious and entertaining comic relief?” he said.

“I guess what I am trying to say is that you’re welcome and you owe me big time.”

He goes on to say he has ridden into the glorious sunset after re-enlisting with a new unit.

“Due to the unknown and cosmic nature of my next mission, this will be our last communication. It will self-destruct in five minutes,” the obituary said.

His whereabouts are now top secret, he said, but he has made new friends by the names of Elvis and Kenny.

“The Church of Tom is closed for business, but please continue to worship me, light candles, and send money,” the obituary said. “You know the deal.”

A wake is scheduled for Thursday in Toledo with a private family celebration to follow on Friday.

Some patients and friends recalled the doctor in online remembrances. One patient posted that Flanigan was like Superman.

“Nobody wants to hear that their super hero died but I pray that he knew how amazing he was to so many especially me,” she said.