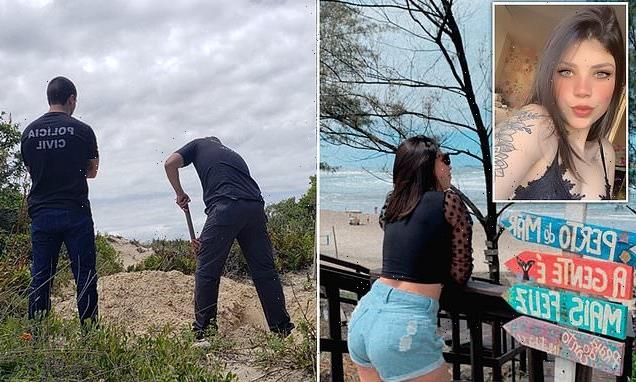 Mother-of-one, 21, was forced to dig her own grave before she was murdered on a Brazilian beach ‘after killer feared she was going to report his drug trafficking’ 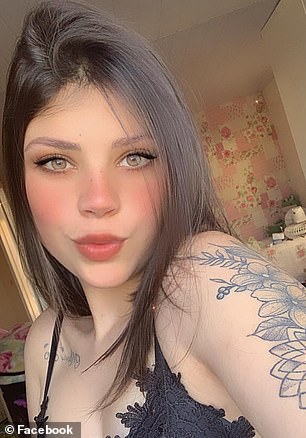 Police in Santa Catarina, Brazil, dug out Amanda Albach from a beach where she was buried November 15 after she was shot dead. The suspect was arrested led authorities to the burial ground last Friday after telling investigators he forced the 21-year-old woman to make her own grave

A Brazilian woman was forced to dig her own grave before she was shot and buried on a beach in southern Brazil, police say.

Amanda Albach, 21, was dug out of South Beach in Laguna, Santa Catarina last Friday, almost three weeks after she was reported missing by her family.

The alleged killer, who was among three people taken into custody last Thursday, led the Santa Catarina Civil Police to the secret burial ground after confessing to the murder.

The suspect, whose name was not publicly released, told investigators that he executed Albach because he feared she could have landed him in legal trouble after she had taken a photograph of his gun, according to Brazilian outlet G1.

‘The motivation will be determined with all the context, but primarily one of the (suspects) investigated felt uncomfortable because Amanda would have told about his involvement in drug trafficking and taken a picture of his gun,’ police chief Bruno Fernandes said. ‘He didn’t like the situation and chose to take her life.’ 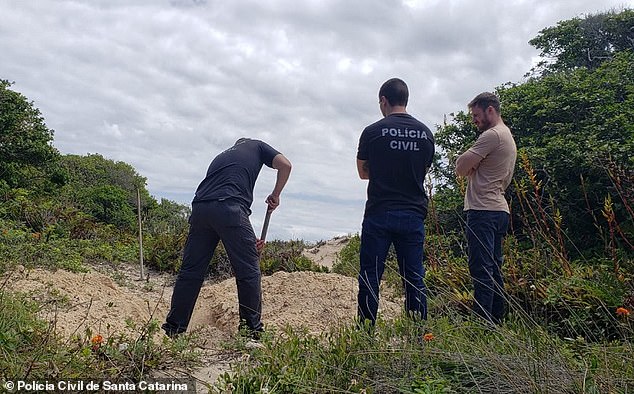 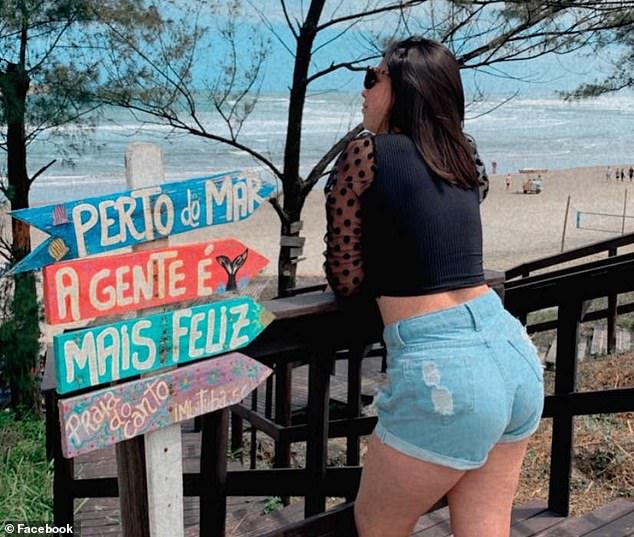 Albach, a mother to a two-year-old girl, attended a friend’s birthday party at her home in Santa Catarina on November 14.

During the evening, her friend’s brother, the suspect, reportedly became angry after he saw her take a photo of his gun.

The victim appears to have stayed the night and the following day, the suspect drove Albach for almost two hours to South Beach in Laguna.

The shooter then made Albach dig up her own grave before he shot her twice and covered her body up with the sand.

Before her death, at around 8:15pm local time, Albach sent her niece a voice message via WhatsApp to let them know that she would return the following day to her residence in Curitiba.

‘Hi, I’m leaving,’ Albach said in the voice note. ‘I got the Uber today just so I can leave. I’m already leaving, I’ll be home at dawn.’ 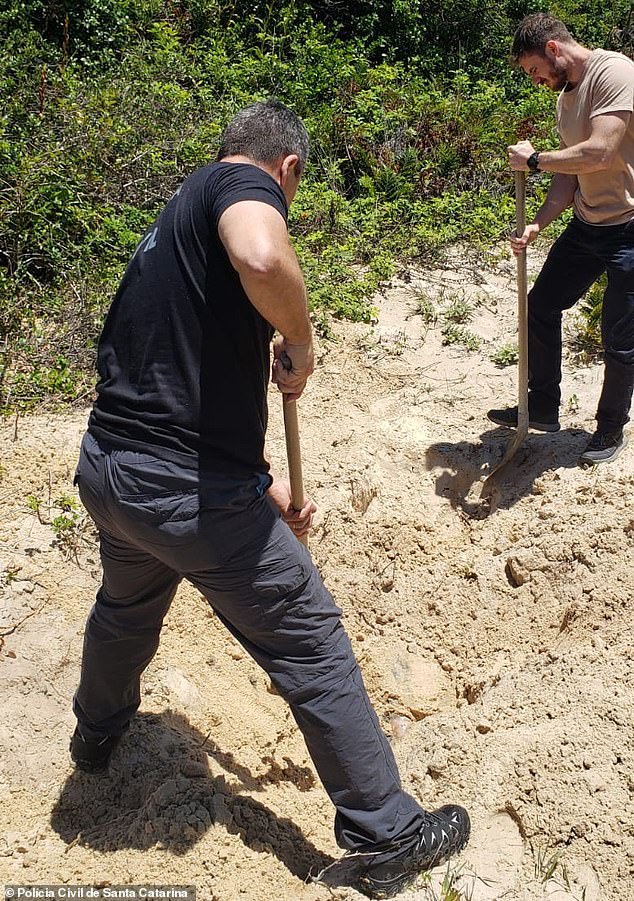 Police officers in Santa Catarina, Brazil, looking for the body of Amanda Albach on the beach where she was forced to dig her own grave 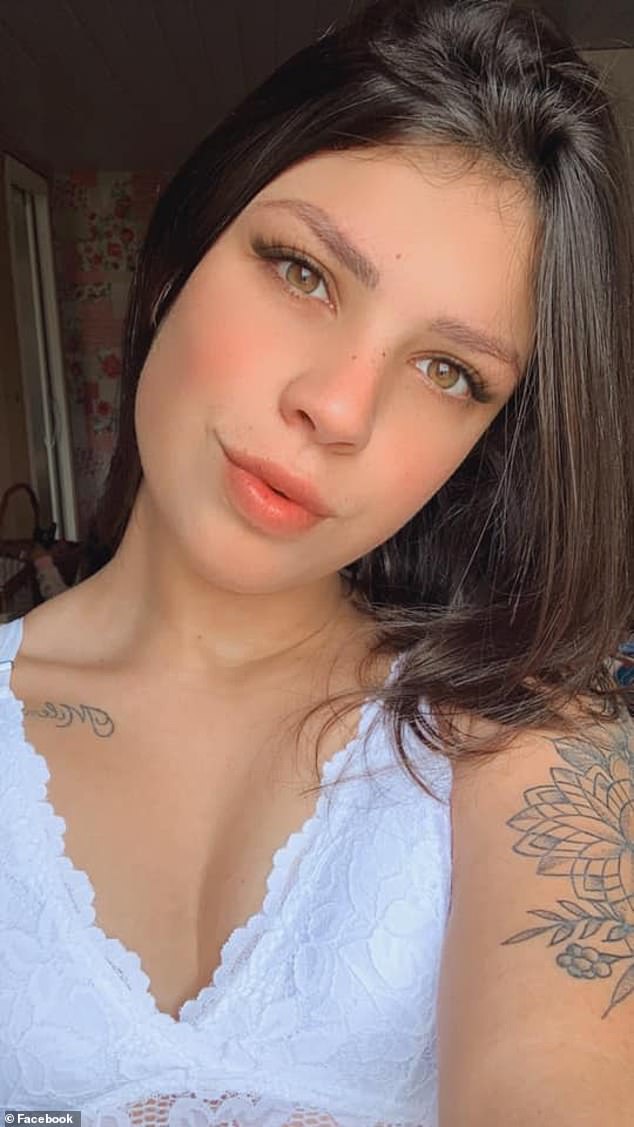 Amanda Albach notified her niece she would be returning home the morning of November 16, a day before she was forced to dig her own grave at a beach in Santa Catarina, Brazil, where she was shot dead the night before

Her family became suspicious with the voice note after hearing the wind the background and eventually contacted the police November 19 to file a missing person report.

A court in Santa Catarina released the two other suspects after police investigators determined that Albach’s friend and the woman’s boyfriend were not involved in the crime.

The Civil Police has 30 days to complete its investigation and formally charge the suspect, who remains in prison.