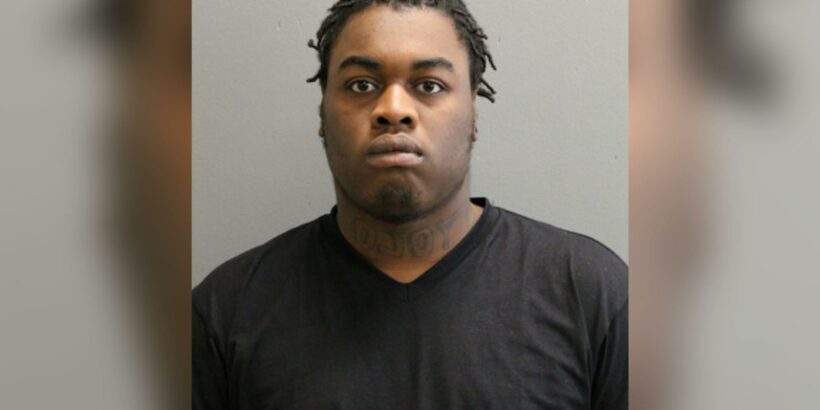 A suspect charged in connection with the drive-by shooting that wounded three undercover law enforcement officers in Chicago claimed he mistook them for members of a rival gang, according to a federal indictment filed Thursday.

Eugene “Gen Gen” McClaurin, 28, was accused of shooting two federal agents and a local cop as they drove in an unmarked police vehicle on Chicago’s South Side early Wednesday.

After his arrest, McClaurin told investigators he followed the officers because he thought they were part of an opposing gang, the indictment states.

He then allegedly admitted to pulling up alongside the officers’ vehicle, rolling down his window and opening fire inside.

The officers, including two agents from the federal Bureau of Alcohol, Tobacco, Firearms and Explosives, were treated at a hospital for their injuries and released.

One of the agents was hit in the hand and the other was struck in the torso, while the local police officer was grazed in the back of the head.

McClaurin was charged with one count of using a dangerous and deadly weapon to assault a special agent from the ATF, though it is likely other charges will follow. A conviction on the one count carries a maximum 20-year prison sentence.

He made an initial appearance in federal court in Chicago Thursday, where prosecutors said the government would ask for McClaurin to remain jailed as a danger to the community. A defense lawyer waived a bond hearing for now.

Chicago police Superintendent David Brown thanked law enforcement for the quick arrest of the suspect — which came less than three hours after the shooting.

“We will not relent in this fight against gun violence and protecting the people of Chicago,” he said.

The shooting took place on the same day that President Biden and Chicago Mayor Lori Lightfoot met to discuss rampant gun violence in the Windy City.