Menaka governor Daouda Maiga said the attacks happened in the remote desert villages of Awakassa on Friday and in Anderanboucane, a day earlier. 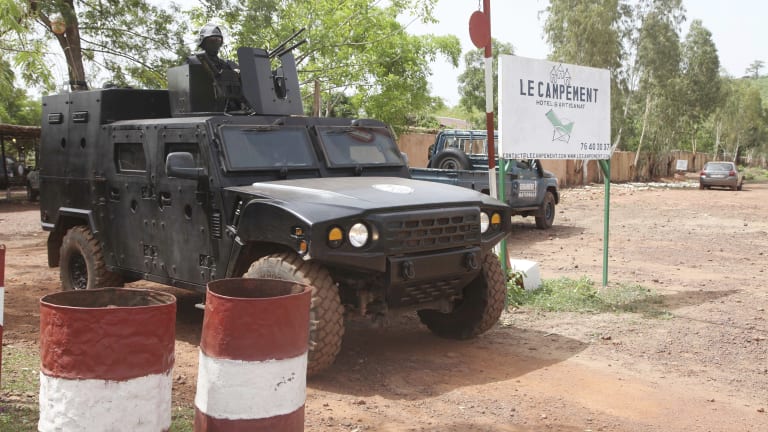 At least 40 young Tuareg men were killed by suspected jihadis in northern Mali.

Jihadist groups are seen as the greatest threat to security across Africa's Sahel region. They have proved adept at exploiting local tensions between ethnic groups to sow discord – such as those between mostly lighter-skinned Tuareg and black Fulani herdsmen over scarce watering points in the Sahara.

Rising violence across Mali has cast doubt over the feasibility of elections scheduled for the end of July, in which President Ibrahim Boubacar Keita will seek a second term.

Islamic State's Saharan affiliate is active in the Menaka region bordering Niger. It is led by an Arabic-speaking north African called Adnan Abu Walid al-Sahrawi, but the majority of its fighters are Fulani.

"The dead were mostly youths, no women or children, mostly of the age where they can carry arms," Maiga said.

The victims included many members of the Tuareg militia National Movement for the Salvation of Azawad (MSA).

"The MSA is fighting the Islamist groups, which are composed mostly of Fulani," Maiga said. "So these two attacks were reprisals against them. They want to transform the conflict into something inter-communal."

Mali has been in chaos since Tuareg rebels and Islamists swept across its deserts in 2012, despite a French intervention to push them back the following year, and a large French military and UN peacekeeping presence.