This is the shocking moment an SUV sideswipes a van causing it to veer into oncoming traffic.

Footage shows a red SUV turning left across traffic and going into the outside lane in Piedmont, Oklahoma.

A red van was already occupying that lane and as SUV crashes into its side in the accident just outside of Oklahoma City. 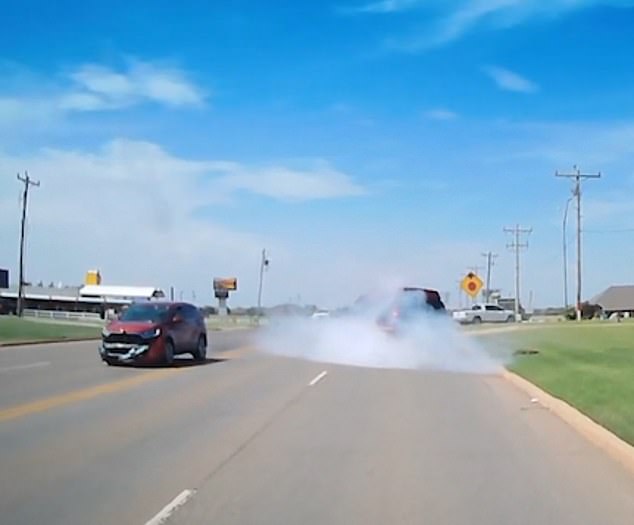 Footage shows the red SUV sidewipe the van in Piedmont, Oklahoma causing the van to swerve and crash into the curb 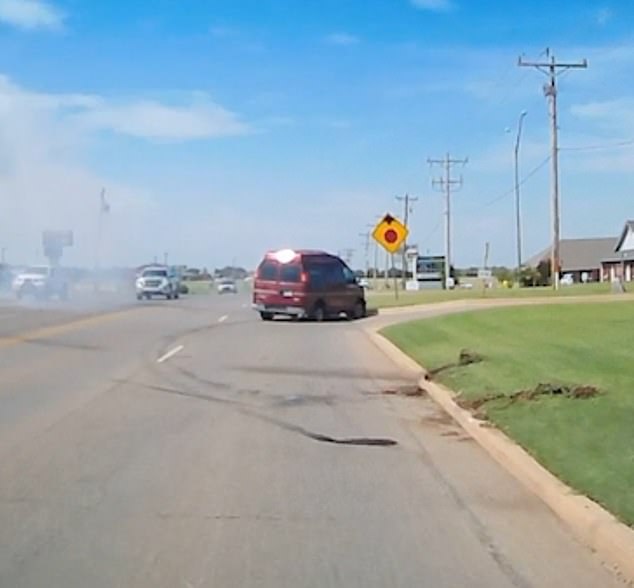 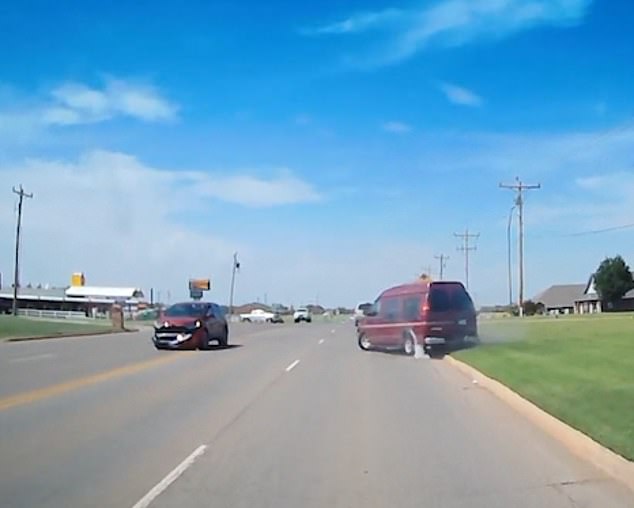 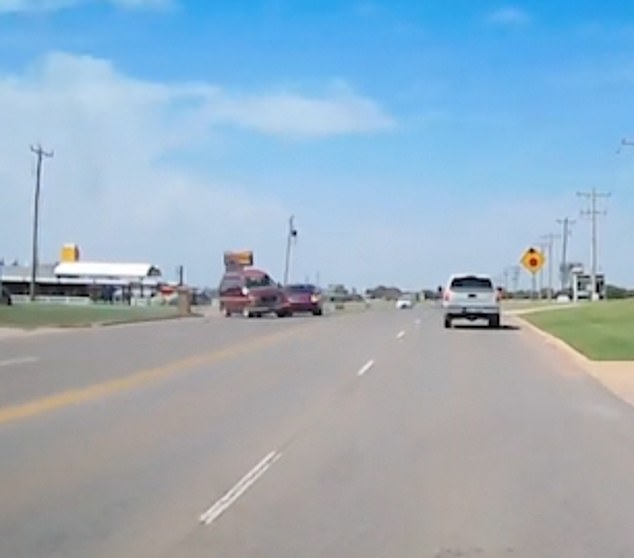 As the van loses control it crosses in front of the SUV and the vehicles make a loud thud as they collide.

In the shocking video the van swerves into oncoming traffic its brake screech as it crashes into the curb narrowly missing a white pickup truck in front.

The front of the SUV appears to have been damaged in the accident and the driver gets out of the vehicle following the accident.

There are tyre marks over the road and on the grass from where the van careered over to the other side.

As the smoke from the van clears, a police vehicle drives towards the scene. 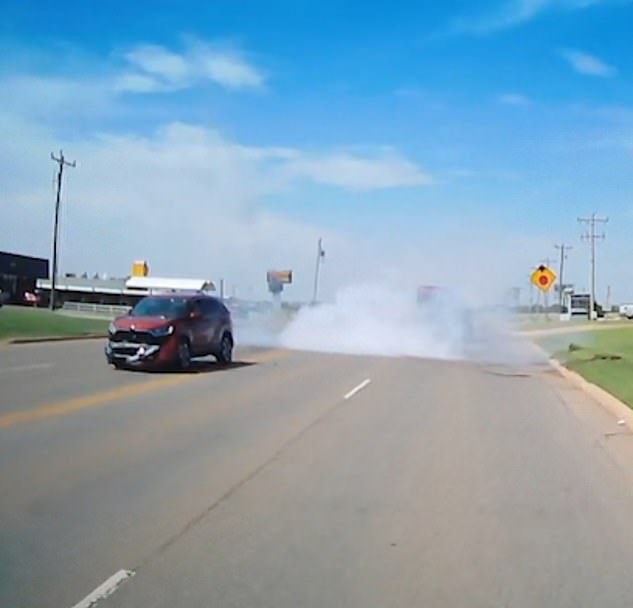 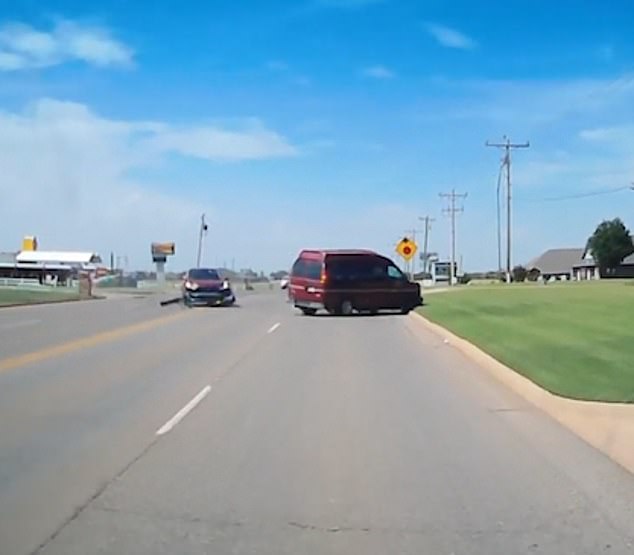 The man driving the vehicle where the camera footage has been obtained exclaims: ‘Oh my God!’ as the accident unfolds.

He said: ‘The red van was carried off in an ambulance. SUV was an old lady. She was fine.

‘The sheriff was a few hundred feet behind. All first responders were right around the corner and on the scene very fast.’

The accident happened on July 20 at around 3:43pm. 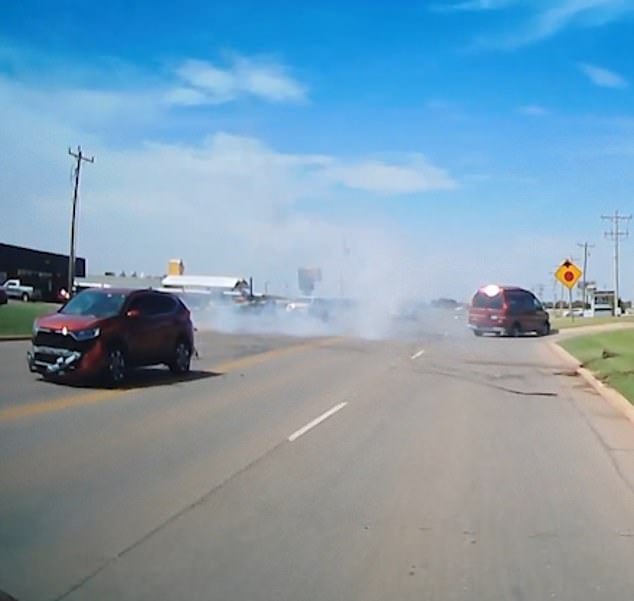 The man driving the vehicle where the camera footage has been obtained exclaims: ‘Oh my God!’ as the accident unfolds 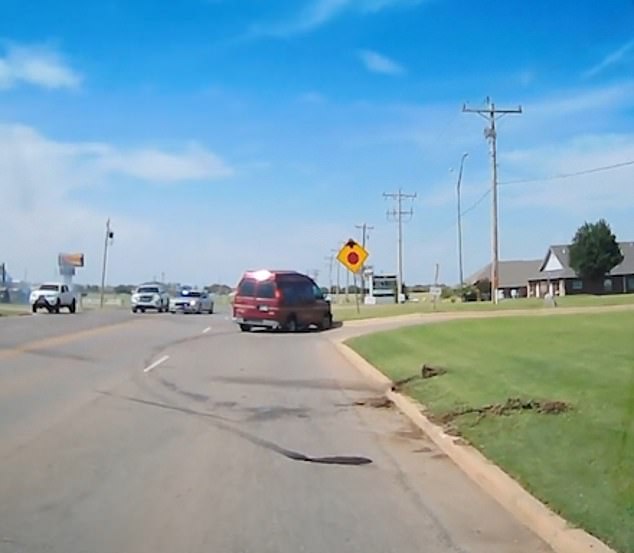 As the smoke clears after the accident on July 20 at around 3:43pm a police vehicle attends the scene 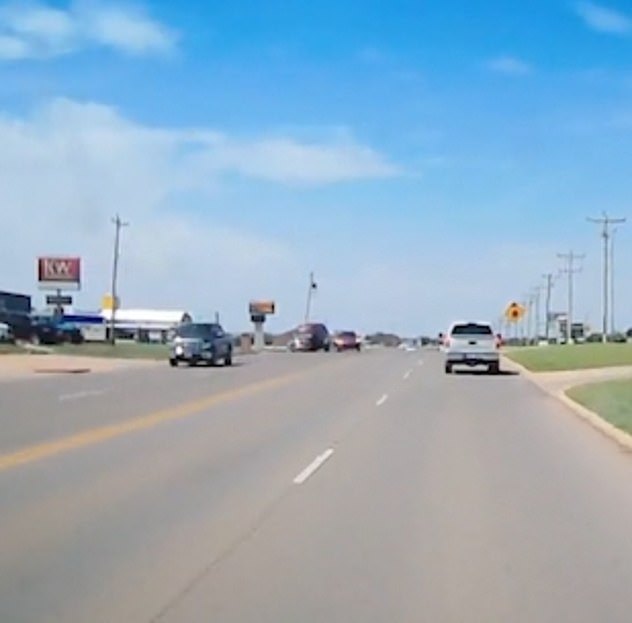