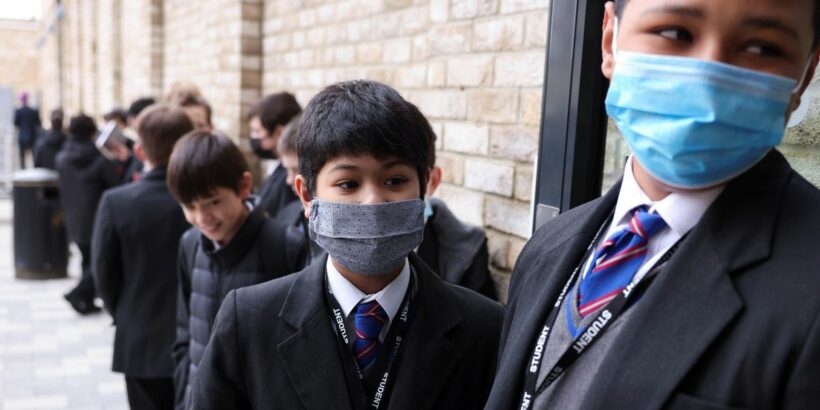 Covid-19 looks set to disrupt kids' education once more with schools preparing to test all pupils before they reopen.

Secondary school Heads have called for mass testing at their schools which may delay learning by a week.

The Department of Education (DfE) has announced that schools can stagger their start dates next month so that all pupils can be swabbed twice.

Geoff Barton, head of the ASCL headteachers’ union, said: "If you have nine million children going back, having been mixing through the summer, you can see the need to test them on site.

"We thought we could focus on the norm of education and already we have the spectre of disruption. Parents may feel rightly frustrated."

This comes after months of disruptions following lockdowns during the last school year.

The impact of lost learning as pupils made do with lifeless Zoom lessons is expected to have a troubling long-term impact on today's school kids, experts warn.

Without wanting to make a bad situation worse, the DfE will allow schools to open early for testing so that delays are as short as possible.

A DfE spokesperson said: "Settings may commence testing three working days before the start of term and can stagger the return of pupils across the first week."

But not everyone is happy with the DfE's new plans.

Steve Chalke, the founder of Oasis, a Multi-Academy Trust, said: "This is all last minute again. Headteachers have called for months for a way of opening schools and keeping them open to avoid a third year of academic disruption to children."

The DfE also announced this month that £25 million will be spent providing all schools with carbon dioxide monitors. 300,000 devices will be used to boost ventilation and limit Covid-19 transmission.

All of this comes as covid-19 cases and hospital admissions rose yesterday. 32,253 infections represented a 13% increase on the previous Sunday.