ROME (Reuters) – Swedish climate activist Greta Thunberg wants to fix climate change and hopes for world peace, but acknowledges that she might be being “very naive”.

Thunberg, 16, has brought her campaign against rising global temperatures to Rome this week, meeting Pope Francis, addressing Italian parliamentarians and joining a student protest on Friday in a city-center square.

“I think what I want for the future is just that we fix everything and that we fix the climate and the ecological crisis so that everyone lives in peace, I guess, very naive,” she told Reuters, shrugging her shoulders.

Thunberg shot to prominence last August with weekly sit-ins on the cobblestones in front of Stockholm’s Parliament House with her “school strike for climate” sign.

Thousands of students around the world have since copied her and youth organizations have launched school strikes involving students in more than 40 countries.

Her single-minded determination have won her fans of all ages and she has also earned respect for living by her ideals.

She rejected suggestions that she had stolen the limelight away from her cause, saying she did not like being a celebrity. 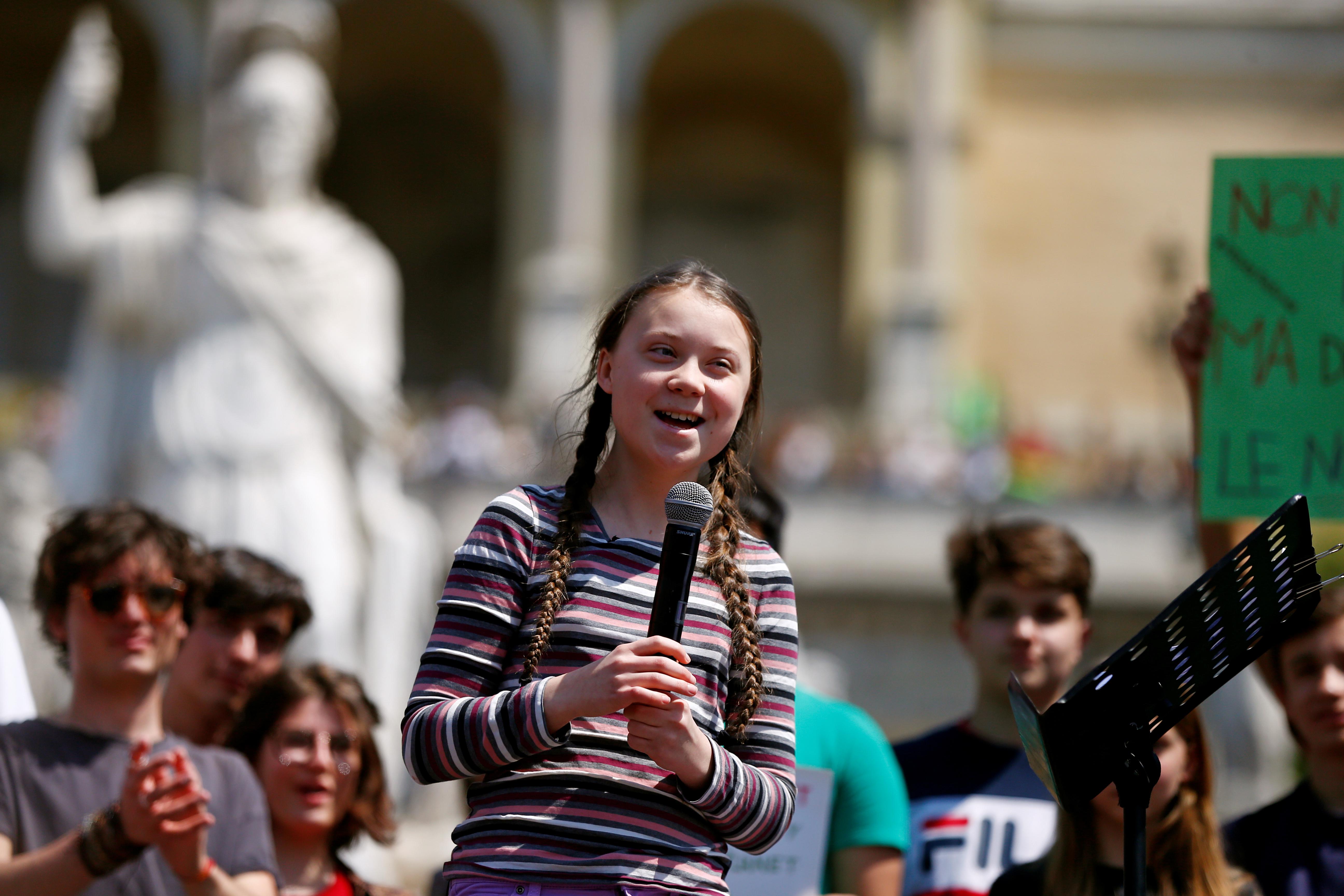 “I mean I don’t enjoy attention, but I enjoy making a difference,” she said, adding that she wanted to make sure that climate crisis was always the main focus of any trip.

Her blunt criticism of politicians has raised some eyebrows, but she warned that it was up to the current crop of leaders to find solutions because time was running out.

“When I am grown up, when I am old enough to become a politician, I mean it will be too late to act because we need to act now,” she said. “We can’t wait for people like me to grow up and become the ones in charge.”