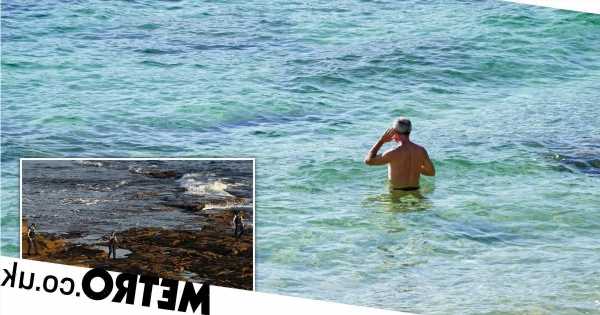 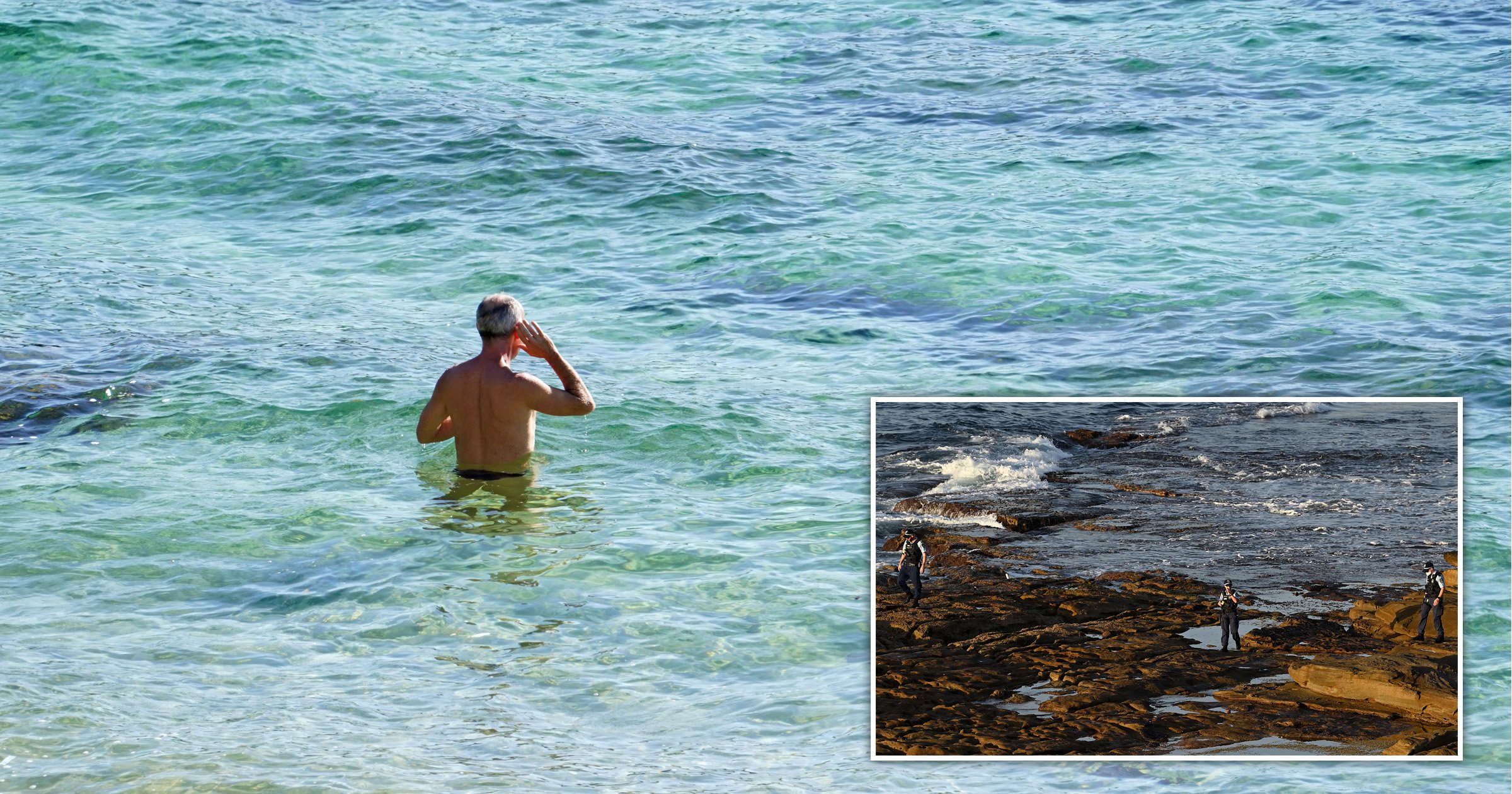 Swimmers have ignored an order to stay out of the sea a day after a man was mauled to death by 15ft great white shark.

British expat Simon Nellist, 35, was taking an afternoon swim off Little Bay near Malabar in Sydney on Wednesday when he was killed in the city’s first fatal shark attack in 60 years.

The community has been left in shock with beaches along a 25-kilometre stretch of the coast closed as authorities hunt down the animal.

However, the brutal incident has not deterred some swimmers from getting back in the water, despite signage and barricades warning of shark activity.

7News reported that up to 40 swimmers were in the water at Coogee beach this morning before being ordered to leave by authorities at around 8am.

Images show several people ignoring the warnings to go for a swim and a surf.

At Bondi beach, more than a dozen surfers were seen on their boards in the water and one swimmer was seen a long distance away from the shore.

Several others were seen enjoying the water in North Bondi, nearby Clovelly and Little Bay.

Premier Dominic Perrottet urged people to stay out of the water as authorities attempted to track down the shark.

‘To people right across our state, we have closed a number of beaches on the advice of the Department of Primary Industries and NSW Police,’ he said on Thursday.

‘Can I say to everybody, please follow those instructions.

‘If beaches are closed, please do not go in. Please stay safe.

‘To the victim’s family and friends, we extend our deepest condolences and sympathies. Our thoughts and prayers and hearts are with you at this difficult time.

‘It’s a reminder to us all of the fragility of life.’

Simon’s remains were found in the water yesterday afternoon after witnesses watched in horror as the shark attacked.

His friends revealed he was a dive instructor who was due to be married.

‘The news hit us like a truck because he was one of the people who make this earth lighter.’

The Brit spent much of his time in the sea and had been training for the Malabar ocean swim this weekend, which has now been canceled.

Local fishermen were heard shouting ‘someone just got eaten by a shark’ in disturbing footage showing the great white thrash about as the water turned red.

Experts believe the shark probably mistook Simon, who was reportedly wearing a wetsuit, for a seal.

Australian authorities are now using helicopters and drones to search for the great white.

A coastguard team on jet skis is also patrolling a 25km (15.5 mile) stretch of water from Bondi to Cronulla as they try to prevent a further attacks.

Randwick Mayor Dylan Parker said the community had been rocked by the incident.

‘The coast is our community’s backyard,’ he said.

‘Little Bay is normally such a calm, beautiful place enjoyed by families.

‘To lose someone to a shark attack like this is chilling.’

This was the first fatal shark attack in Sydney since 1963.

The New South Wales state government has spent millions on technology to reduce shark attacks along its coast.

Nets have been deployed at 51 beaches, as well as drones and shark listening stations that can track great white sharks by satellite, and send an alert when one is sighted.