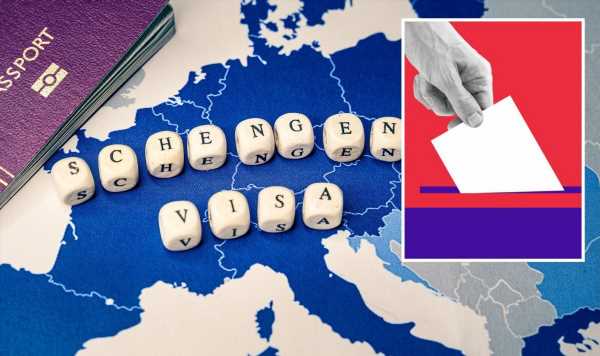 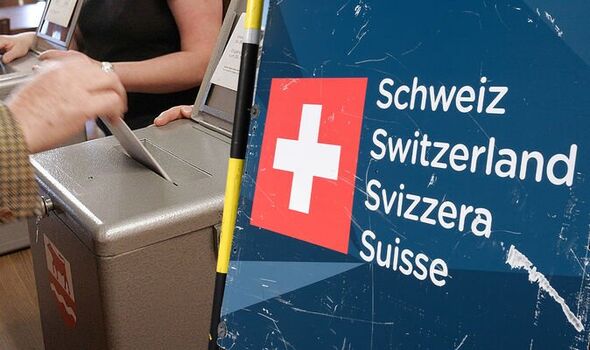 The Swiss authorities put to vote whether the country should back or oppose an increase in the contributions for Frontex, the EU Border and Coast Guard Agency. A referendum on the topic was decided after more than 62,000 citizens signed to urge the country’s authorities to stop financing Frontex. The backlash came after the Executive Director of the organisation, Fabrice Leggeri, resigned on April 29 amid a series of accusations of illegal pushbacks of migrants.

But the European Commissioner for Home Affairs, Ylva Johansson, warned the voters that a ‘No’ to the referendum could mean that Switzerland will be excluded from the Schengen area.

In an interview with the Swiss Tamedia media group last week, Ms Johansson stated that there will be consequences if the referendum brings a ‘No’ win.

She said: “And the consequence could be the end of Schengen and Dublin for Switzerland.”

The Commissioner stressed that it is not in the EU’s interest to see Switzerland leave Europe’s Schengen Area.

However, she pointed to the EU and Switzerland’s agreement, and added: “We will insist that Switzerland is not able to choose which part of the agreement it may want to respect.

“Schengen is not an “à-la-carte menu.”

Schengen is a passport-free movement area comprising 26 European countries, and Frontex is tasked with border control of it.

An increase to the budget of Frontex could see Switzerland contribute up to CHf 61million (£49.7million) in 2027, a notable increase from the current CHf 24million (£19.5million) in 2021.

The country will also have to increase the staff it provides to the agency.

However, a poll published on May 4 indicated clear support (69 percent of people surveyed) for the plan to boost the Swiss contribution to Frontex.

In a statement ahead of the referendum, the Swiss government warned the people that if they reject this project, Switzerland risks being excluded from the Schengen Area.

The statement read: “The Federal Council and Parliament want Switzerland to participate in the expansion of Frontex.

DON’T MISS: Ukrainian refugees flee to Croatia despite it NOT being in Schengen
How long can you holiday or travel in EU every year – new Brexit rules
Drivers urged to check new European driving law changes for 2022

“It is in Switzerland’s interest to participate in the controls of the external borders and in the control of migratory movements, and thus to guarantee freedom of movement in the Schengen area.

“The enlargement of Frontex will improve checks at the external borders and strengthen security.

“It will also make it possible to consolidate the protection of fundamental rights.”