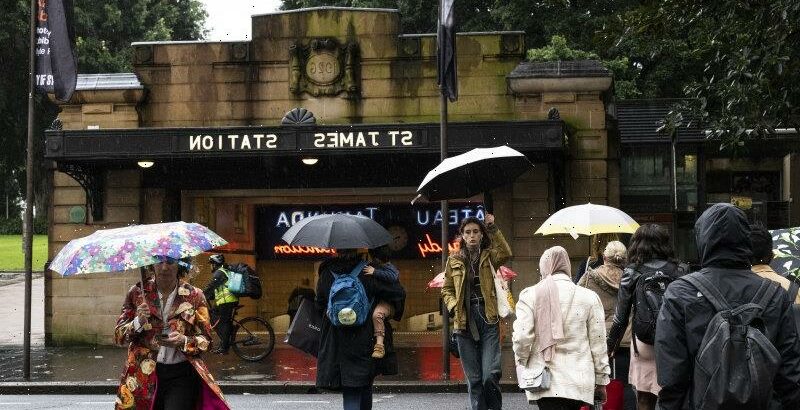 People in the Hawkesbury-Nepean region have been urged not to become “complacent” amid Friday’s calmer weather, with 100 millimetres of rain is predicted to fall in the area over the weekend.

Flood warnings for the Hawkesbury and Nepean Rivers were raised from minor to moderate on Friday morning as the NSW State Emergency Service prepares for the deluge which is set to wreak havoc over an already saturated Sydney.

Despite seeing a glimpse of sunshine on Friday morning, Sydneysiders were sadly just basking in a brief calm before the storm, with 50 millimetres of rain set to fall on the city on Saturday and 35 millimetres forecast for Sunday.

NSW Police Force Superintendent Bob Noble on Friday asked the wider community not to be “fools” during the heavy rain expected over the weekend and urged residents to comply with orders from emergency services.

“We don’t want the community to be complacent,” he said.

“If you’re door knocked and asked to evacuate; we want you to do it then and there, we don’t want you to actually think ‘I’ll do it later in the night’.

“You need to be on alert. If you are given advice to evacuate, then you evacuate immediately.”

The current concern for the NSW SES is the state’s inland as thousands of spectators flock to the Bathurst 1000.

Significant rainfall is set to fall over the Bathurst area, Gunnedah and around Forbes over the coming days with a renewed major flood warning issued for the Gwydir, Namoi, Macquarie, Belubula, Lachlan, Bogan Rivers and Mandagery Creek from Friday into the weekend. 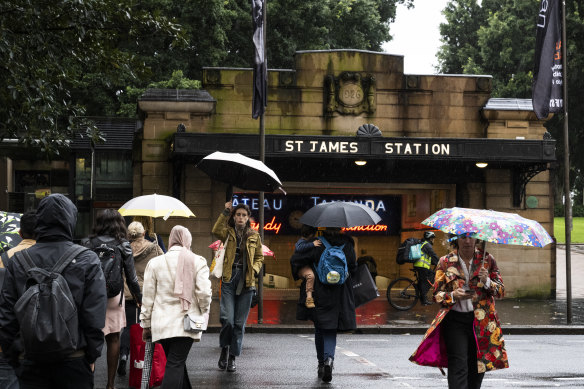 Pack your umbrellas: Sydney is set for a wet weekend. Credit:Louise Kennerley

Noble said he feared people travelling to and from the event would not drive to the conditions, and urged those driving to the supercar race to stick to main roads.

“Don’t be a fool and drive in water. You may look at Google maps and you may think ‘I can take a back road’. You need to stick to the main highways,” he said.

Major flooding has also been flagged as “possible” for parts of the Lower Hunter River and Wollombi Brook over the weekend.

Emergency Services Minister Steph Cooke said her major concern was complacency moving into the next 48 hours.

“We are in the middle of two wet weather systems at present, and we are expecting weather conditions to deteriorate over this time,” she said.

“On that basis, we are asking communities to work with us over this time, and particularly those communities in the Hawkesbury Nepean area.

“The risk of complacency is always something that we worry about and that’s why we continue to step up day in day out and keep the community informed.”

After clocking its wettest year on record on Thursday, there are still a number of roads closed in Sydney due to flooding.

Cattai Road is also closed between Wisemans Ferry Road and Mitchell Park Road at Cattai, and Audley Weir is still closed in the Royal National Park.