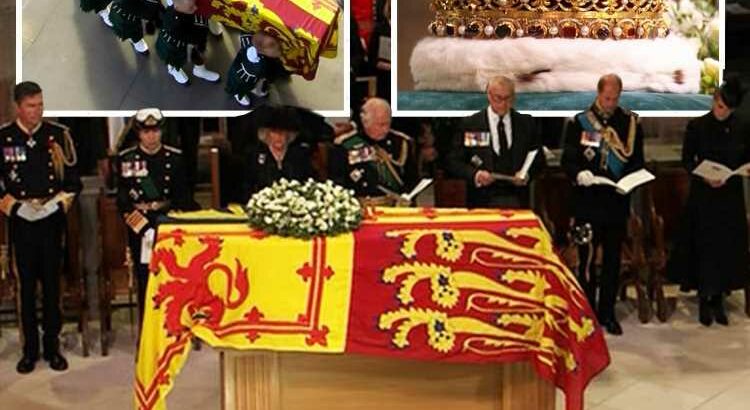 THE Queen’s crown has been placed on her coffin in St Giles' Cathedral in a symbolic moment echoing her coronation over 70 years ago.

A service of Thanksgiving for the monarch is now taking place after King Charles led his children behind their beloved mother’s coffin from Holyroodhouse. 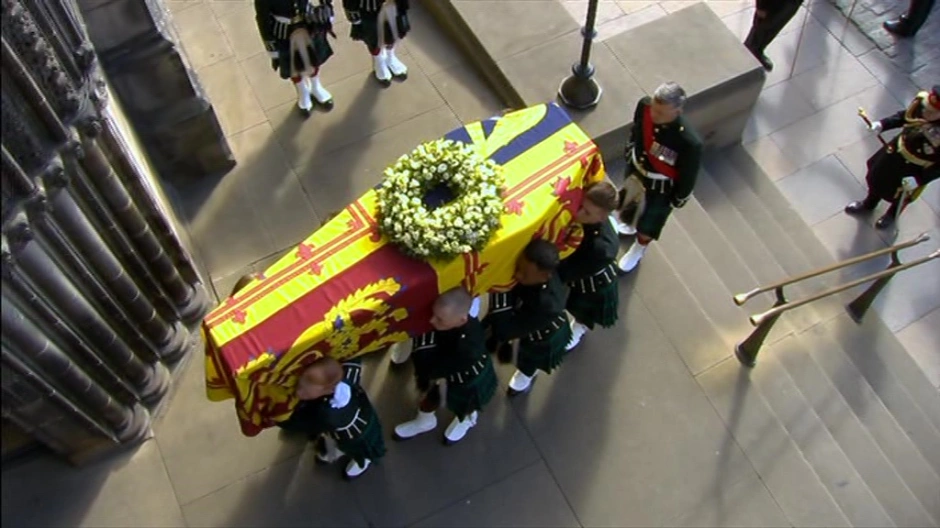 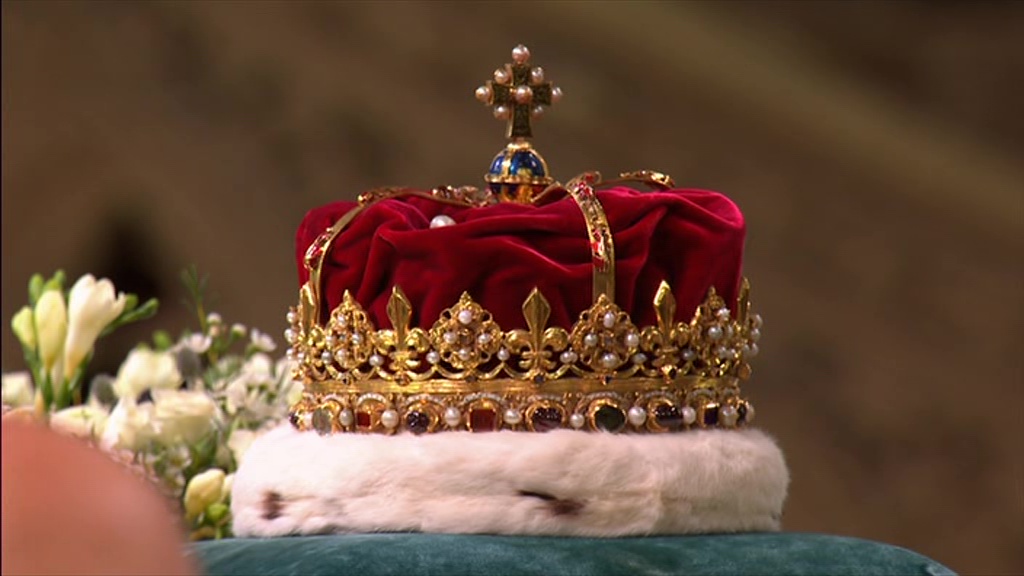 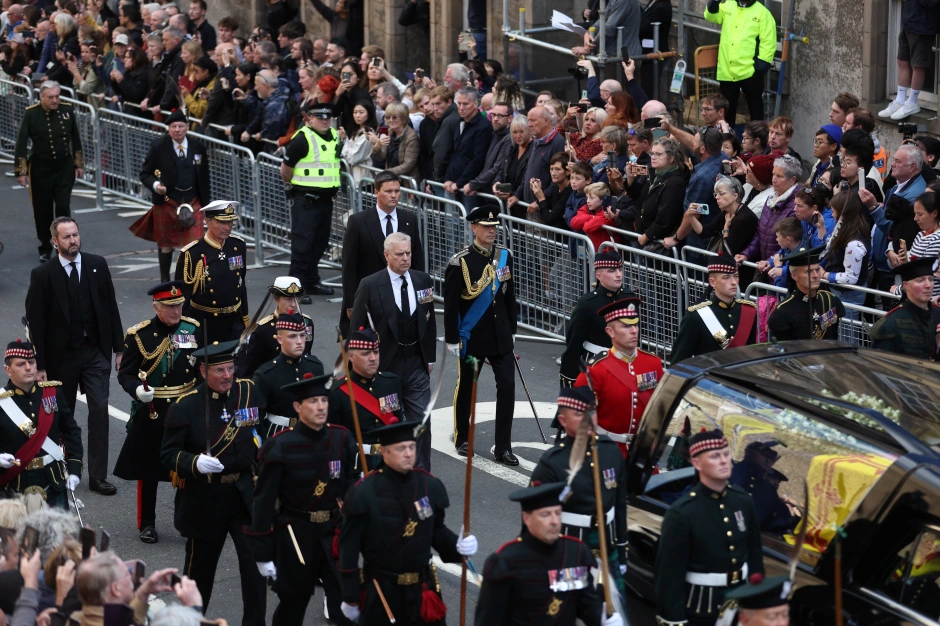 She arrived at the cathedral at around 3.15pm where her coffin was carried inside draped in the Royal Standard of Scotland.

A choir sang Thou Wilt Keep Him In Perfect Peace, Whose Mind Is Stayed On Thee as the Crown of Scotland was placed on the coffin.

Over 70 years ago, the Queen made the same journey – Holyroodhouse to St Giles – following her coronation.

During a National Service of Thanksgiving in 1953, she was presented the Honours of Scotland –  including the same crown.

It is the crown that was used at the coronation of the monarchs of Scotland and along with the sceptre and the sword, they are among the oldest surviving royal regalia in the UK.

It was made in 1540 for Scottish King James V from an earlier version that was damaged.

The crown was crafted from Scottish gold encrusted with 22 gems and 20 precious stones along with freshwater pearls from Scotlands rivers.

The coffin will remain at the cathedral until Tuesday so members of the public can pay their respects.

I cherish the times you met Meghan and our kids, says Harry in Queen tribute

There was a hush across the usually-bustling city as the King followed his "darling mama's" coffin from the palace to a black hearse.

The silence was punctuated only by a single gun firing from the top of Edinburgh Castle in a salute to Her Majesty and a bagpipe that played as the coffin left Holyroodhouse.

Charles was flanked by the Queen's other children, Princess Anne, Prince Andrew and Prince Edward for the sombre walk.

The Queen Consort and Sophie Wessex followed behind the procession in a car.

Andrew was earlier banned from wearing military uniform unlike his sibling's so instead wore a morning suit.

But he did wear eight medals including a South Atlantic Medal and Silver, Golden, Diamond and Platinum Jubilee medals.

Thousands who lined the streets the pay tribute to the Queen wept as the cortege passed this afternoon.

One man was dragged away by police after he heckled the Duke of York.

The Queen's hearse was led by two black horses as Black Watch guards stood either side of the car.

The royals will attend a poignant vigil together inside the cathedral at 7.20pm tonight.

King Charles was given a gun salute as he arrived Holyroodhouse today before a rendition of the national anthem was played.

He also attended a Ceremony of the Keys on the forecourt as he was welcomed to his "ancient and hereditary kingdom of Scotland." 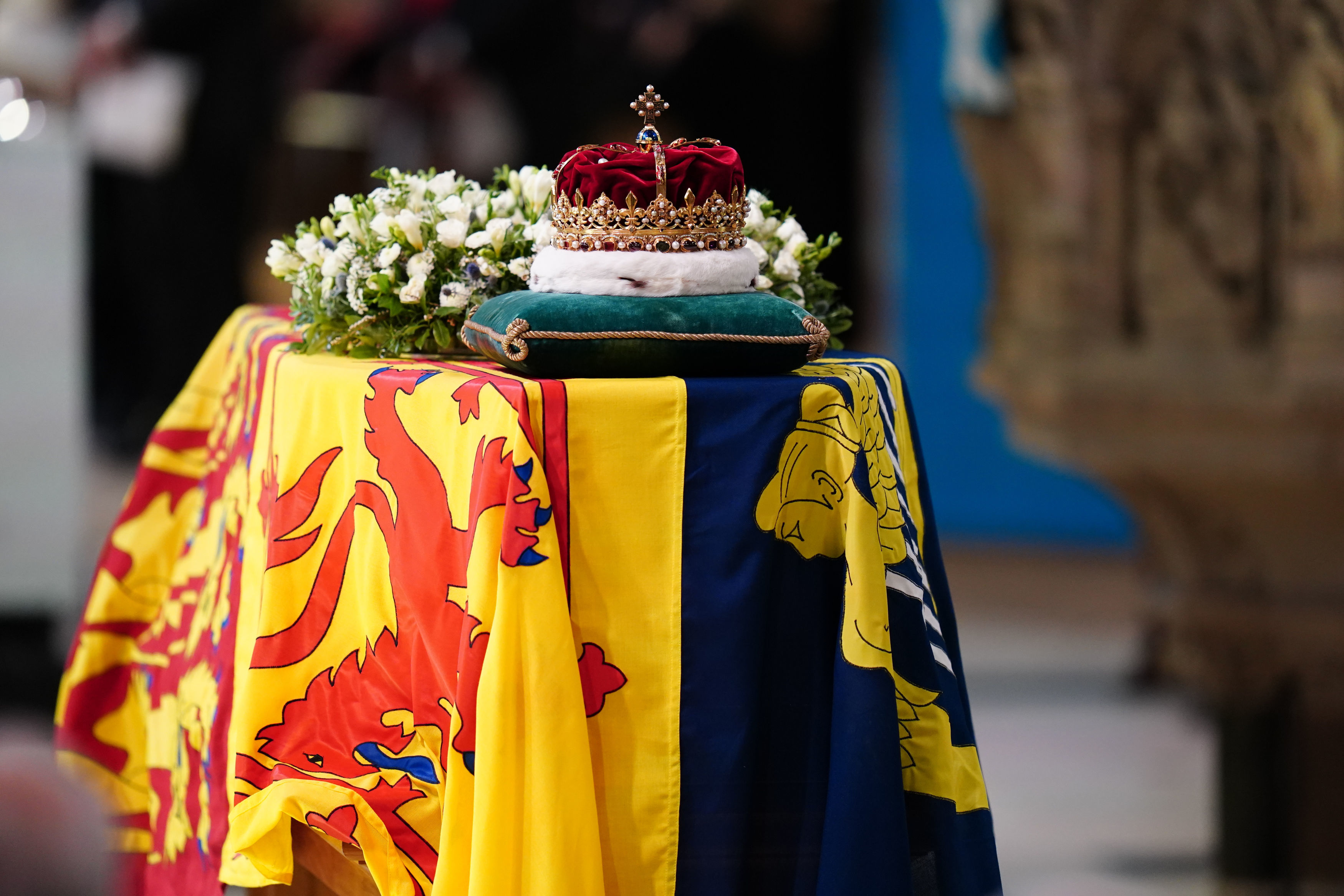 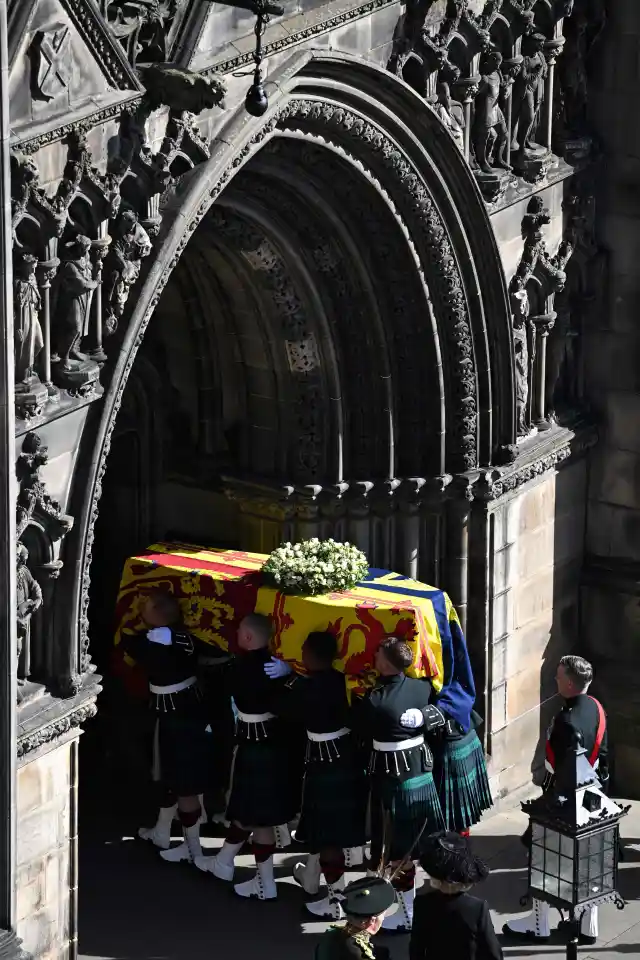 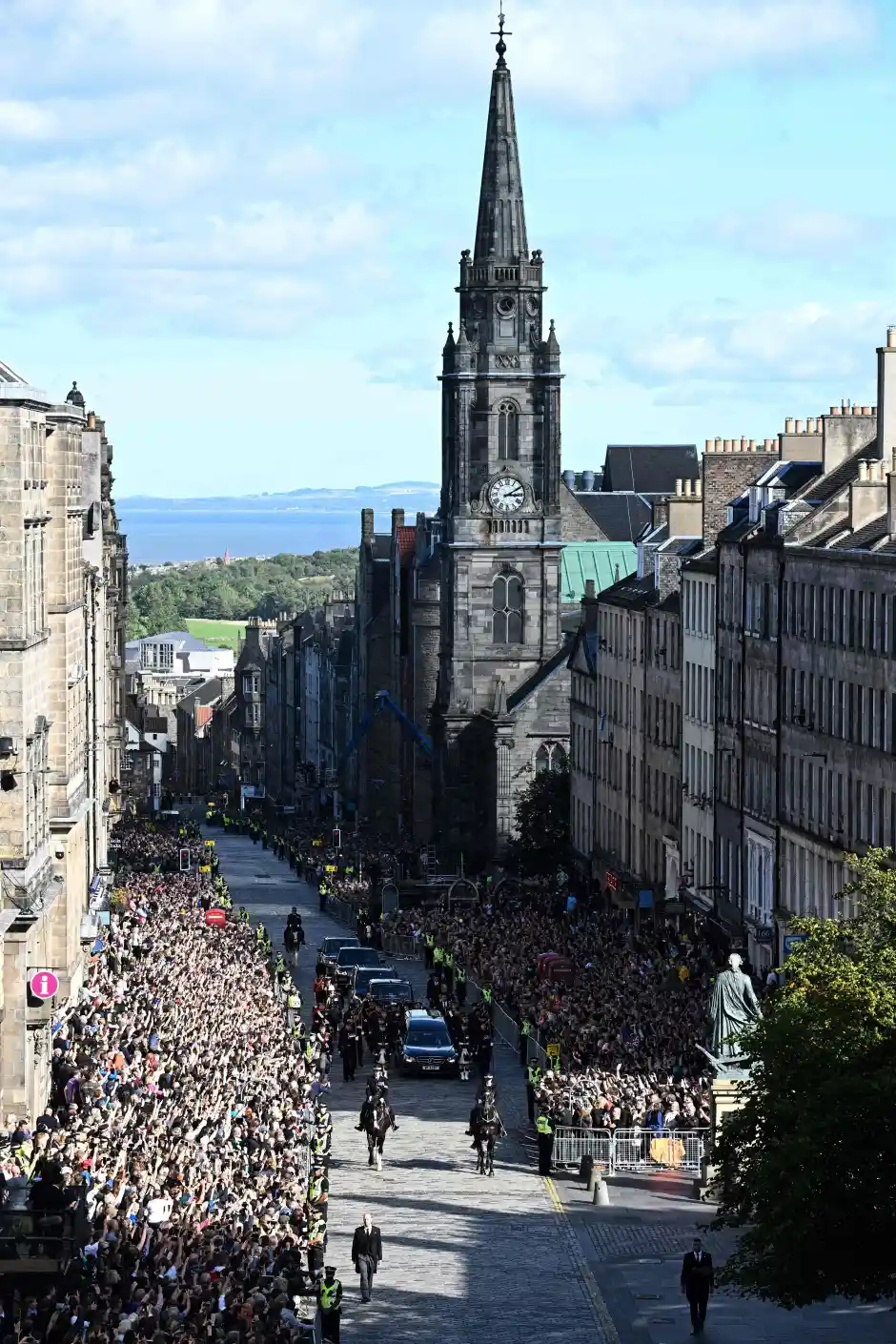