Rescuers say around 50 air raids pummel Douma, which has been partially besieged by the Syrian government since 2013.

Syrian government forces and their allies are pressing ahead in an offensive to capture Douma, the last rebel-held town in Eastern Ghouta.

The White Helmets, a group of rescuers operating in opposition-held areas in Syria, said on Saturday that more than 50 air raids had struck the town, which sits just 15km east of the capital, Damascus, over the past 24 hours.

At least 30 civilians, including women and children, were killed in Friday’s air raids, the group said.

It also said there were cases of suffocation among civilians from residential areas after they were targeted by “poison gas ‘chlorine'”.

In recent years, the Syrian government has been accused of using chemical weapons as a tool against the armed opposition.

SANA reported a number of casualties and material damage as a result of the shelling. Jaish al-Islam denied the accusation.

On Thursday, evacuations of civilians from Douma were suspended, days after hundreds of opposition fighters and their families safely left Douma under a Russian-brokered deal.

In recent weeks, government forces have retaken most of Eastern Ghouta through a combination of ground assaults and Russia-brokered evacuation deals.

Some opposition groups have condemned these evacuations as forced displacements.

Rebels in Eastern Ghouta have managed to keep Syrian military forces at bay during years of war, but a four-year government siege of the district has led to a humanitarian crisis with severe shortages of food and medicine.

Speaking on Friday, Stephane Dujarric, spokesperson for the United Nations, said the renewed outbreak of fighting in Douma “is of great concern to us”.

“There are still a number of people who are besieged and trapped in the area,” he told reporters at the UN headquarters in New York.

He added that is “a violation of international law” to target civilian infrastructure and civilians.

Last week, two rebel groups reached evacuation deals with the Russian army, which resulted in about 19,000 people leaving for the northern province of Idlib.

They included fighters from the Faylaq al-Rahman and Ahrar al-Sham rebel groups, their families and other residents.

Rebel groups argued that the evacuation amounts to forced displacement, but gave in after weeks of intense bombardment.

The evacuation agreements followed a Russia-backed government offensive in February and March that killed hundreds of people in Eastern Ghouta.

Syria’s conflict, which started with peaceful anti-government demonstrations in March 2011, escalated into a full-blown war that has claimed more than 300,000 lives and driven about half of the country’s prewar population of 22 million from their homes. 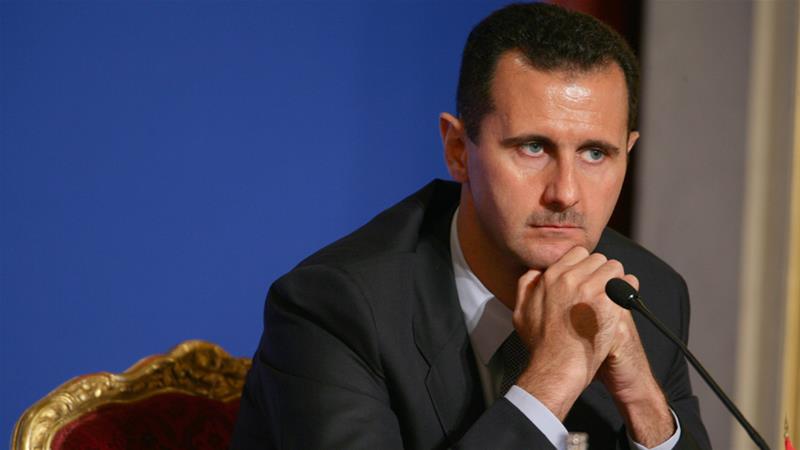 Has Bashar al-Assad won the war in Syria?