Beirut:  Kurdish-led fighters backed by the United States have captured the last town held by the Islamic State group, after three months of ferocious battles in the militants' single remaining enclave in eastern Syria, activists and Kurdish officials said.

The fall of Hajin on Friday marks an end to the extremist group's hold over any significant urban area, which in three years shrunk from large swathes of Iraq and Syria the militants once held to this small enclave near the two countries' shared borders.

The capture of Hajin, however, does not mark the end of the group which still holds some villages nearby and has a scattered presence and sleeper cells in both countries. 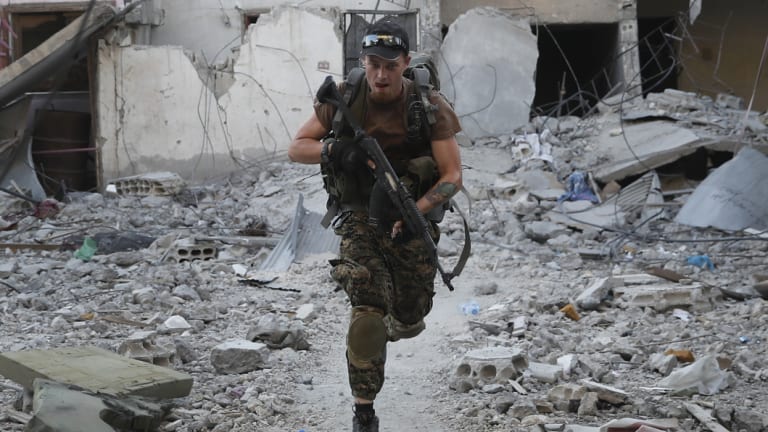 A US-backed Syrian Democratic Forces fighter runs in front of a damaged building as he crosses a street on the front line, in Raqqa, Syria, last year. Credit:AP

As the offensive by the Kurdish-led Syrian Democratic Forces intensified over the past days under the cover of airstrikes by the US-led coalition, IS fighters withdrew south to areas east of the Euphrates river and west of SDF positions along the border with Iraq. Among the villages still held by extremists in the enclave are Sousa, Buqaan, Shaafah, Baghouz and Shajla.

The latest push has also raised questions about the fate of IS leader and founder Abu Bakr al-Baghdadi who has not been seen in public since he announced his self-styled caliphate in 2014 from a mosque's pulpit in the Iraqi city of Mosul. Last month, IS suffered a severe blow when the SDF said it captured Osama Owayed al-Saleh, a top aide to al-Baghdadi.

"It is a very difficult battle," SDF spokesman Mustafa Bali told The Associated Press by phone from Syria where he said IS fighters are still attacking Hajin. He added that most of IS fighters besieged in the enclave are among the most experienced gunmen who came to the area from Iraq and Syria. 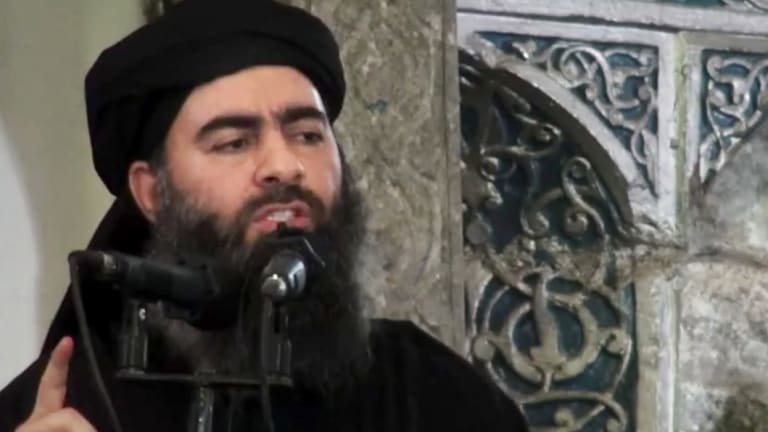 "There are still villages to be taken but Hajin was the most important as it was the base for commanders from where they directed military operations," Bali said.

Iraqi Major General Qassem Mohammed, in charge of operations in areas close to the Syrian border, said artillery strikes by the US-led coalition on the Iraqi side of the border targeted Hajin and areas around it.

The Britain-based Syrian Observatory for Human Rights said the SDF took Hajin early in the morning, after fierce fighting under the cover of airstrikes by the US-led coalition. It said some IS fighters withdrew to nearby villages and that fighting is still ongoing in fields outside Hajin as SDF fighters chase out the extremists.

Europe-based activist Omar Abu Layla of the DeirEzzor 24 monitoring group confirmed that the town had been recaptured, adding that some IS fighters are still holed up in small pockets on the edge of Hajin.

Abu Layla said that disagreements among IS ranks over hierarchy between Iraqi and Syrian fighters helped "speed up the collapse" of the extremist group's defenses in Hajin.

Nuri Mehmud, spokesman of the Syrian Kurdish militia known as People's Protection Units, or YPG, also the main component of the SDF, said "intense fighting" is still ongoing in small parts of Hajin.

The area is home to some 15,000 people, including 2,000 IS gunmen who fought back with counter-offensives and suicide attacks. Over the past days, hundreds of civilians were able to flee the enclave toward areas controlled by the SDF east of the Euphrates River and government-controlled regions on the river's west bank.

The Observatory said that since the SDF offensive began on September 10, 922 IS gunmen, 539 SDF fighters and 324 civilians have been killed.

The Syrian Democratic Council, the political wing of the SDF, denounced Turkey's threat of a military operation against the YPG and called on Syrians of all ethnic and religious groups to unite ahead of a possible Turkish attack.

Meanwhile, Turkish President Recep Tayyip Erdogan intensified his criticism of US support for the Syrian Kurdish fighters, saying on Friday that Turkey would clear the key northern town of Manbij. Over the summer, the two NATO allies had struck a "road map" to Manbij of the YPG, which Turkey considers a terrorist organisation linked to an insurgency within its own borders.

The Turkish presidency released a statement saying Erdogan had spoken with US President Donald Trump and they agreed on the "need for more effective coordination" in Syria. Erdogan reiterated "Turkey's legitimate security concerns" regarding the YPG. 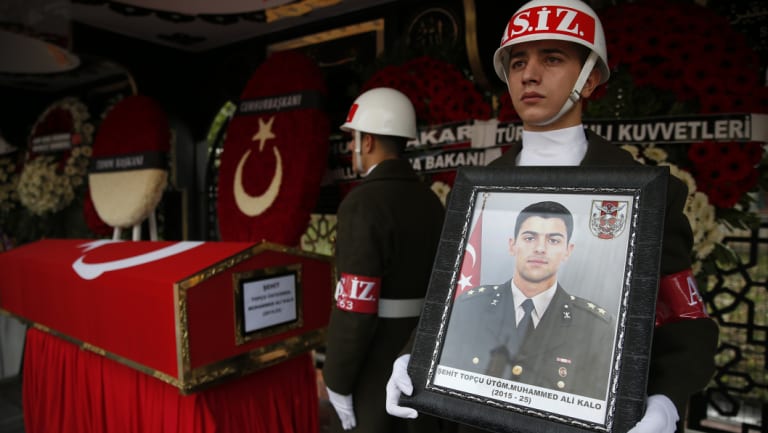 Turkish soldiers stand in vigil next to the national flag-draped coffin of 24-year old Muhammed Ali Kalo during his funeral procession in Istanbul on Saturday.Credit:AP

Erdogan argued the US has not kept its promises to push the YPG east of the Euphrates River.

"If you don't take them out, we will also enter Manbij," he said. American troops are stationed in Manbij, which was cleared of IS in 2016, and Washington and Ankara recently started joint patrols around the town.

Erdogan's threat comes days after he announced his military would launch a new cross-border operation into Syria "within a few days" to fight the YPG east of the Euphrates.

On Thursday, a Turkish soldier was killed in the north-western town of Afrin after an attack from nearby Tel Rifat. The Turkish military and allied Syrian opposition fighters took the town from the YPG earlier this year.