Syrian refugee is stabbed six times by a four-strong gang ‘who turned on him and shouted “why are you still here?” after he tried to protect a girl’

A Syrian refugee has been left fighting for his life after being stabbed six times in an allegedly racist attack.

Shabaz Ali, 28, was attacked in a hostel in Fountainbridge, Edinburgh, as he reportedly tried to protect a female relative from a group of two men and two women.

His father Sivan, who says he was on the phone to his son at the time, claims to have heard the attackers shout: ‘Why are you still here, why are you not back in your own country?’ 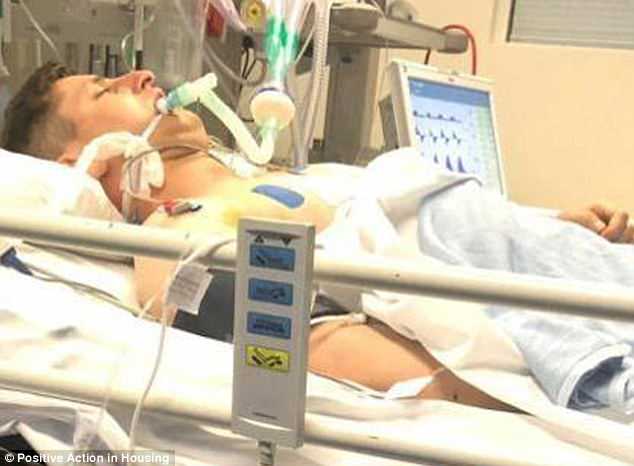 Syrian refugee Shabaz Ali, 28 (pictured), was left fighting for his life after being stabbed six times at a hostel in Edinburgh

The victim is thought to have arrived in Scotland five years ago and is currently working as a barber.

His father claims that his son had been ‘concerned’ about the lack of security at the hostel.

He made the claims to The National and said the attack was racially motivated.

He also said: ‘We ran from death in Syria, we don’t want to die here.’

Mr Ali is currently fighting for his life in hospital. 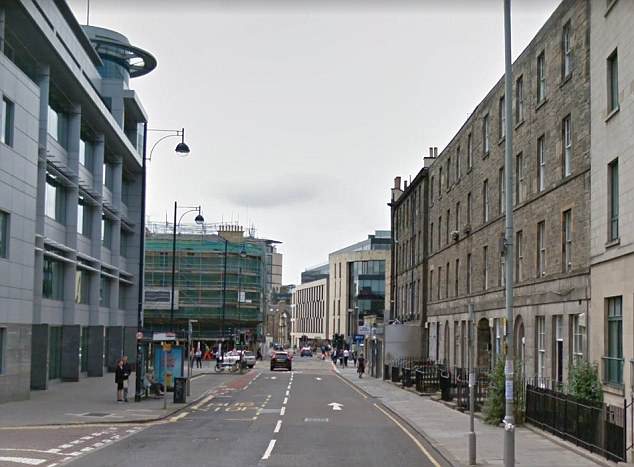 Mr Ali is thought to have been attacked by a gang of four in the horrific assault which took place in Fountainbridge, Edinburgh (pictured)

His father says that he was stabbed four times in the chest.

A fundraising page has been set up by campaign groups Positive Action in Housing and Unite Against Fascism as a ‘small gesture to help Shabaz rebuild his life.’

Robina Qureshi, Director of Positive Action in Housing, told STV: ‘We want to show [Mr Ali] and all refugees and migrants that we reject racism, xenophobia, we reject the hostile environment and Scotland says no to racism and the ideology behind it.’

A Police Scotland spokesman said that officers in Edinburgh are investigating the attack.

He said: ‘A 28-year-old man was seriously injured at a flat in Upper Gilmore Place shortly after 12am on Thursday 3rd May.

‘Anyone with information which may be able to help can contact Gayfield CID via 101 or report this anonymously.