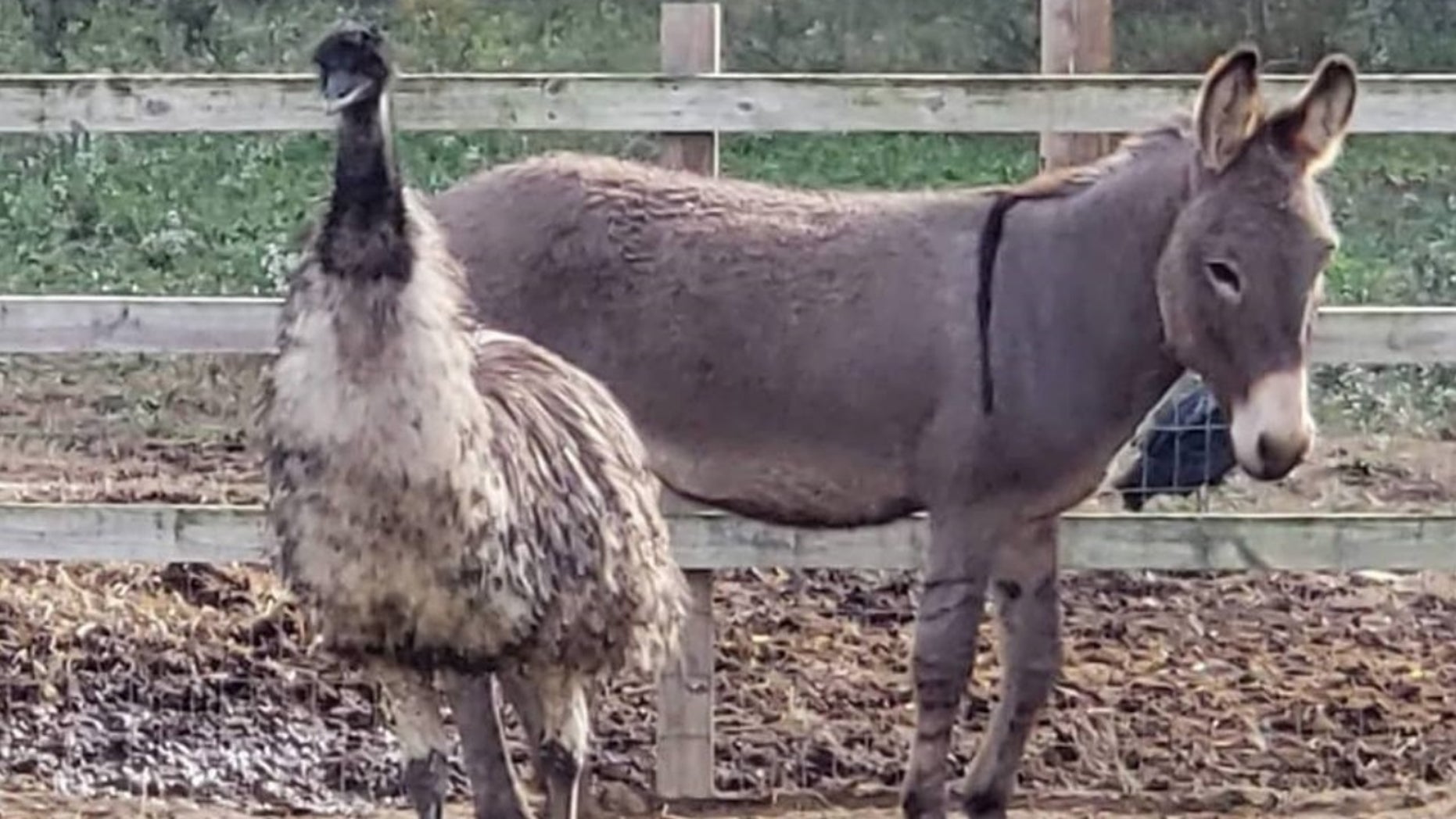 Jack and Diane, the male donkey and female emu who are reportedly in love with each other, have become so inseparable, their North Carolina animal shelter fears the animals will not be adopted.

The animals are currently at the Carolina Waterfowl Rescue near Charlotte, N.C. and have also become famous on social media, the animal shelter said.

In a number of Facebook posts, the two animals were pictured standing side-by-side or going on leisurely walks together. The animal shelter said it will not separate the two (until death do them part), and staffers are trying to find the feathered female and her braying beloved a forever home.

In the meantime, the shelter has tried to fix the pair up with some couple friends. It did not go well.

“They don’t get along with other donkeys or emus,” a Facebook post read. "They can't be put in with other animals."

The animal shelter said in a Facebook post that, like every couple, there are issues in Jack and Diane's relationship. For one thing, Jack has a jealous streak, on display when he attacked another donkey who was getting close to Diane.

But the animals have managed to stay mostly grounded despite becoming viral celebrities. They've started receiving a lot of visitors, but they still make time for each other. The two animals were being kept together in the same enclosure until they’re adopted. Jennifer Gordon, of the animal shelter, sadly predicted that won't happen, however. 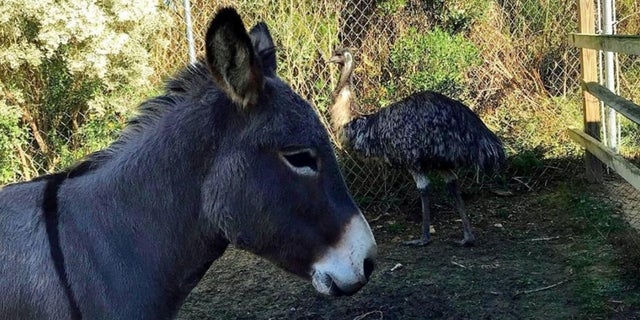 The animal shelter fears Jack and Diane will not be adopted.
(Carolina Waterfowl Rescue)

Gordon told the Charlotte Observer she believed the two animals started to bond due to loneliness. She said Jack and Diane were found in Kershaw, S.C., where their owner had abandoned the Don Juan donkey and his lovebird, as well as other animals. The shelter took all the animals in, hoping to find them homes.

The animal shelter has launched a campaign to raise money for Jack and Diane, who share a name with a popular song by John Mellencamp, and other animals’ medical bills.