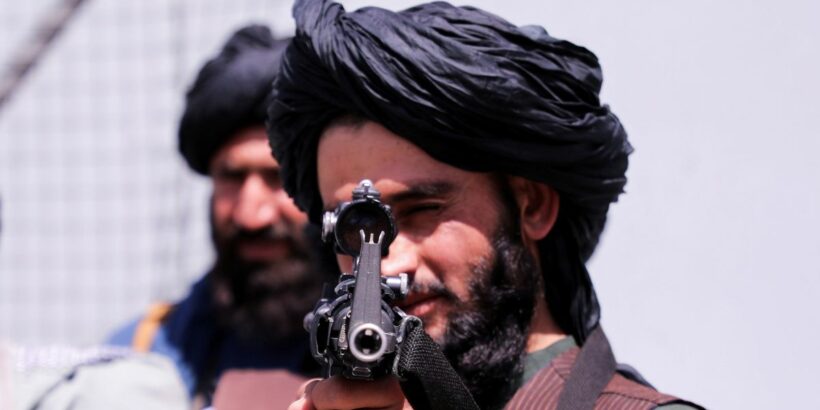 The Taliban has announced a lethal battalion of 'suicide attackers' will be assembled as part of the national army of Afghanistan.

He told The Times: "Our mujahidin (guerrilla fighters) who are martyrdom brigades will also be part of the army but they will be special forces.

"These forces will be under the control of the Ministry of Defence and will be used for special operations."

The terrorist group have a long history of suicide missions and martyrdom that stretches long before they forced their way into power in Afghanistan last year.

Over the span of 20 years, the extremists have used suicide bombers for 20 years to attack US, UK and Afghan troops and occasionally civilians.

Many of the attacks in Afghanistan were carried out by children, some as young as nine.

Reports say their main target now would be the local offshoot of the Islamic State, which has carried out at least five major attacks as the US withdrew from Afghanistan in August.

It is believed that several of those attacks were carried out by suicide bombers, according to NDTV.

Mullah Nisar Ahmad Ahmadi, the deputy governor of the Badakhshan province, revealed the battalion is named Lashkar-e-Mansoori, or ‘Mansoor army’, and was set up to carry out attacks against security forces assigned to the previous Afghan government.

He said: "The defeat of the US would not be possible if not for this battalion.

"These brave men would wear explosive waistcoats and would detonate the US bases in Afghanistan.

"These are people with literally no fear who devote themselves for the consent of Allah."

The latest plans have also been condemned by Shaharzad Akbar, the chairwoman of the Afghanistan Independent Human Rights Commission. She described them as "horrific and appalling."