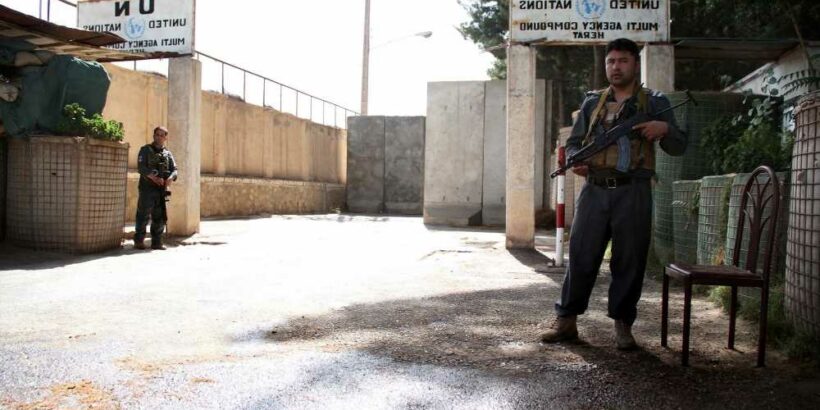 First group of evacuated Afghan military interpreters to arrive in US: report

The Taliban attacked a UN compound in Afghanistan Friday, killing an Afghan security guard while raising further concerns about withering security in the country now that US forces have almost completely withdrawn.

“The perpetrators of this attack must be identified and brought to account,” said Deborah Lyons, the United Nations Secretary-General’s Special Representative for Afghanistan, in a statement.

The compound is located in the Herat province and was “clearly marked” as a UN facility, the statement said, adding that the attack was carried out by “Anti-government elements.”

Security in Afghanistan continues to deteriorate as the Taliban re-gain more territory in the vacuum left by the departure of American troops.

US Secretary of State Anthony Blinken addressed those concerns during a press conference Wednesday in New Delhi.

“What we’re seeing on the ground in the last week is the Taliban making advances on district centers, challenging some provincial capitals,” he said.

“We’ve also seen these reports of atrocities committed by the Taliban in areas that it’s taken over that are deeply, deeply troubling, and certainly do not speak well to the Taliban’s intentions for the country as a whole.”

No UN personnel were hurt during the assault. Attacks against civilian UN personnel and compounds are prohibited under international law.