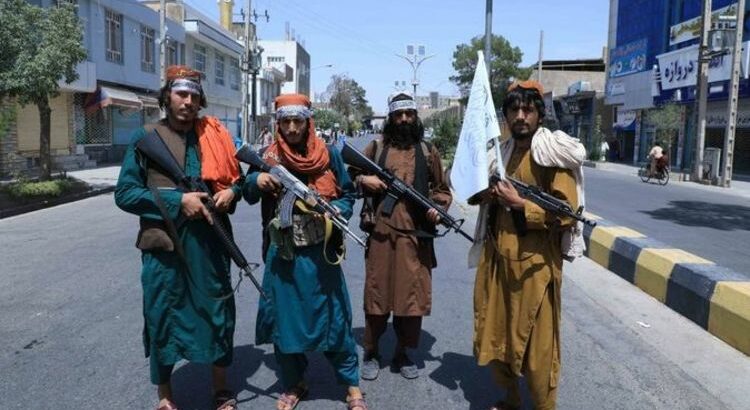 Jeremy Vine: US military has inadvertently armed the Taliban

Uncovered pictures show Taliban militants posing with weapons in formerly British buildings in Kabul, the Sun has found. On the table in front of the militants there are two hats – a bobby’s helmet and a state trooper’s hat.

On Monday night the US military completed its withdrawal, leaving the Taliban in control of the country.

The Taliban has control of the entire country except for the Panjshir province – the mountainous region where residents have rejected the militants.

At around midnight on Monday, Taliban militants watched the last US planes fly away from the capital.

Heavy gunfire was heard in Kabul as pro-Taliban forces celebrated the withdrawal.

“We did not get everybody out that we wanted to get out,” General Frank McKenzie, head of U.S. Central Command, said from Washington.

The last planes left Kabul airport one minute before midnight on August 31 – the deadline that was arranged to carry out the evacuations.

As nations desperately evacuated citizens from Kabul, the Taliban claimed all that has been left behind.

“Everything that hasn’t been destroyed is the Taliban’s now,” a US official said.

Current reports reveal the Taliban may be in control of more than 2,000 armoured vehicles.

“This poses a significant threat to the United States and our allies.”