I can cry and scream when I’m running: TANA RAMSAY explains how exercise helps her deal with family trauma 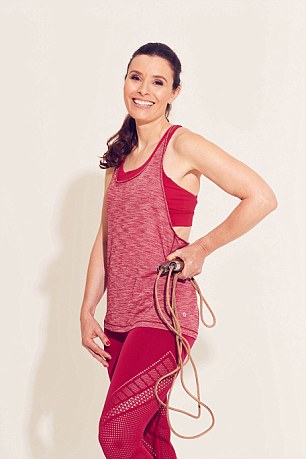 Tana Ramsay, pictured, uses her daily run as an excuse to cry and scream

There is much for Tana Ramsay to be grateful for today. But the wife of sweary television chef Gordon Ramsay, now head of a £43 million restaurant empire, is not immune to shedding a few tears every now and again – indeed, she says, it’s a necessity.

Running around Wimbledon Common in South-West London, as Tana does several times a week with the family’s two dogs, she allows herself to cry and occasionally, even, to scream. For the last couple of years have wreaked a heavy emotional toll.

There was the devastating loss of their son, the couple’s fifth child, when Tana had a miscarriage at 21 weeks. Then, last year, a bust-up between Gordon and Tana’s father, Chris Hutcheson – who used to run Gordon Ramsay Holdings – ended at the Old Bailey, with the latter jailed for six months for hacking into Gordon’s emails.

Earlier it was revealed that Chris had a secret second family, with grown-up children. ‘It’s easy to put a smile on and say, “Everything is absolutely fine!” ’ says Tana.

‘But when you’re running, with your music on, you can cry. You can scream. That’s important. You can’t keep it in because it comes back to haunt you if you haven’t processed it. That’s what causes long-term problems.’

There is no sign of this emotional turmoil today. Tana, 43, is glowing with good health. She reveals that her father, now 70, is out of jail and competed in his 90th marathon in April this year – alongside his grandchildren.

So they’re all back in touch? ‘Oh yes, absolutely,’ Tana says. She won’t say more, but it’s evident that Chris is now very much part of the family again. Whether he and Gordon have patched up their differences is less clear.

And Tana, like her father, is arguably in the best shape of her life. She runs marathons, has completed a half-ironman, and is currently training for the London Triathlon to raise money for the couple’s charity, the Gordon and Tana Ramsay Foundation, which has donated £850,000 to London’s Great Ormond Street Hospital since 2015. 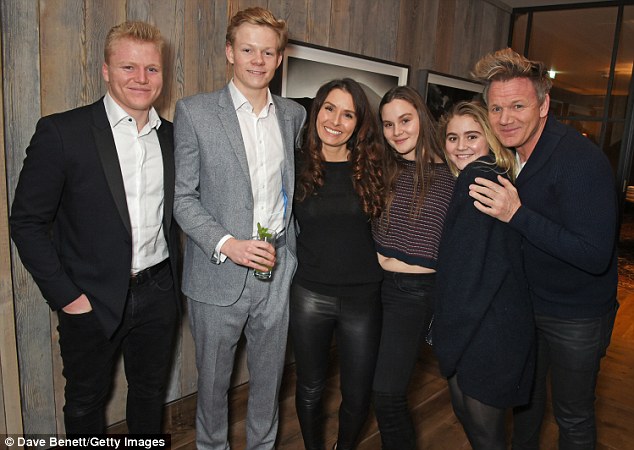 It is exercise, more than anything, which has helped the family cope with the tribulations of the past two years.

‘What it does is allow you to process things,’ she says.

‘Whether it is cycling and chatting together, or running and having a cry on your own, you have to have that release. You also have to have those moments where you allow yourself to feel really sad, when you’re thinking, “Why me?” We’re all going to think like that occasionally. It means we can handle it. It has drawn us together as a family.

‘It’s also important to talk with the children and not just think everything is fine. Gordon’s a really big one for talking. Sometimes I just say to him “Seriously?”, and he’s like: “No, we have to talk about it.” Sometimes that’s irritating.’ 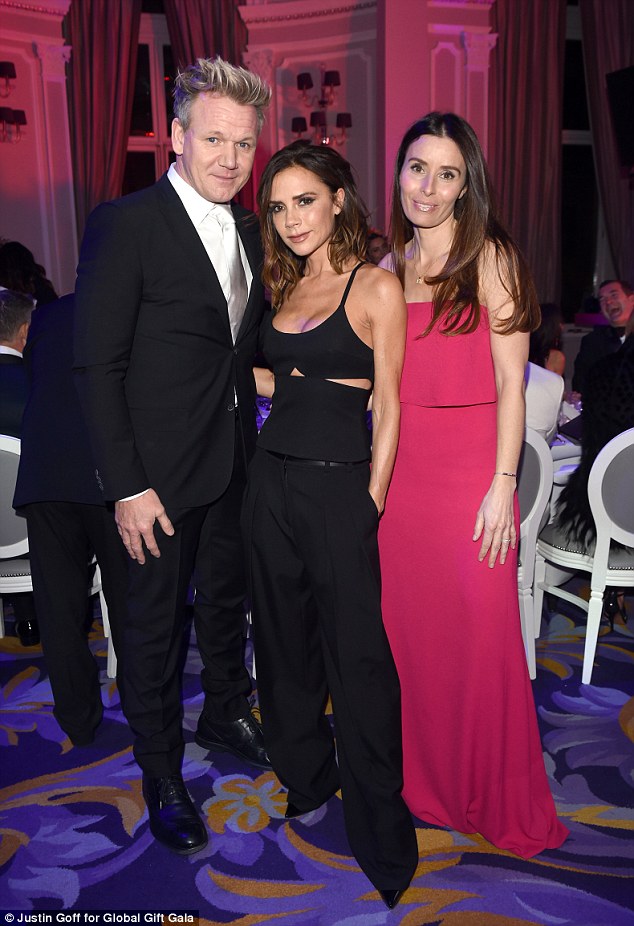 The Ramsay’s pictured here with Victoria Beckham, centre, are an incredibly sporty family

Sport runs through almost everything the Ramsay family does. The couple’s four children – Megan, 20, twins Jack and Holly, 18, and Tilly, 16 – compete variously in swimming, netball, rugby, ju-jitsu, hockey and water polo. Their schedule is frenetic: Tana shrugs at the idea that she’s a supermum, but it is impressively well-orchestrated.

Jack can be dropped off at school in Dulwich, South-East London, by 6.30am, and Tilly and Holly to their school in Richmond by 7.30am, which leaves Tana time to have a run on Wimbledon Common with the dogs by 7.50am. She’s home by nine, showered and at work at her beauty salon in Battersea by 9.30am.

There’s also a home gym – which the whole family uses – and gruelling three-hour cycle rides at the weekends. It’s precisely because the kids are so busy that you won’t see them falling out of nightclubs like other celebrity offspring.

‘I don’t worry about the kids going off the rails because they have sport,’ she explains. ‘Yes, they’re teenagers and they’re all on Instagram doing those weird pouts. How could they not be?

‘All I can do is make sure they have a healthy relationship between their body and food. Exercise is good not only to keep in shape but mentally it’s fantastic, and a great discipline for kids. Showing them we do it, and instilling that attitude in them, is so important. They’ve been studying for A-level and GCSE exams and I’ve said, “Do a couple of hours of exercise and your brains will work better.”

‘I do think it’s helped them to deal with the stress.’

Tana admits to following her children on the Find My Friends app, which allows users to see the location of others using GPS. It hasn’t always been reassuring.

‘Jack went out after his exams,’ she says. ‘I woke up and it was 5am and he wasn’t home. I’d promised I wouldn’t call because he’s 18, so I went on the app and then saw he was at St Thomas’ Hospital so I freaked and rang him, but tried to sound relaxed. In fact, he was just getting in an Uber.’

Tana has run nine marathons and Gordon has competed over a dozen. When Megan turned 18 – the minimum age to take part – she begged to be allowed to do it too. Jack and Holly competed for the first time this year, while Tilly, who has her own CBBC show, Matilda And The Ramsay Bunch, is ‘chomping at the bit’ to have her chance.

GORDON, 51, naturally, has the best time (3.30) – ‘have you seen his thighs?’ – followed by Tana, a respectable 25 minutes behind. All of them except Tilly, who will be on a water polo tour, are taking part in the London Triathlon on August 4 to 5. Surely there must be competition? Tana laughs. ‘Between Jack and Gordon it can get pretty intense,’ she admits. ‘But Jack hasn’t beaten me at the marathon yet. They all make me incredibly proud, and I get very emotional.

‘There’s so much pressure on them already with social media, so the more normal we keep it the easier it is as a family to just be us, and for them to have the confidence to be themselves.’

Tana is clearly comfortable in her own skin, and felt no pressure to stay in shape as Gordon’s celebrity rose. They married in 1996 when he was head chef at Aubergine in Chelsea – now he has 35 restaurants across the globe and seven Michelin stars, along with TV projects in the UK and US.

The couple count the Beckhams among their closest friends, so does Tana train with Victoria? ‘No, although when we’re in America we do go to Soul Cycle classes together. I’d love to get Victoria in an ironman competition.’ Tana looks mischievous. Would she do it? ‘No, I doubt it. She’d look at me like I was some kind of maniac, I imagine.’

Tana obviously sees things differently – for Gordon and her, exercise is a release. The couple take long cycle rides together on Sundays, completing up to 60 miles a time over the Surrey hills as part of their triathlon training.

‘We’ve always been good at spending time away from the kids, just the two of us. Finding something which helps you remember what you like in that person, after so many years of marriage, is great. Gordon might have been away all week in the US, but we’ll go out early in the morning and spend several hours on our bikes and catch up.

‘For me, a mum in my 40s, it’s also about doing something just to feel good about myself. I’ve given the kids all of my attention for all of these years, so it’s time for me. I really enjoy it – it’s so social.’

Food, perhaps unsurprisingly, is important in the Ramsay household but Tana insists they have ‘a good balance’. ‘I never obsessed over having perfect food for the kids at all times,’ she says. ‘I never watched over them at parties, never said, “Don’t eat this.” I didn’t want to be a helicopter mum, forever hovering over them.

‘We’ll have chocolate in the fridge, but our meals are usually healthy. That’s how it should be.’

They try to eat together as a family as much as possible but their conflicting schedules mean it happens ‘maybe once or twice a week’.

Breakfast is ‘a slice of toast while running down the stairs’, she says. When asked if the children are talented cooks, she pauses before sniggering: ‘They do cook.’

Refreshingly, too, there’s no special ‘training diet’ as she prepares for the triathlon. Tana has always run and once finished a 5km in a very good time of 19 minutes. The London Triathlon involves a 750m swim (‘longer than it sounds’, she jokes, grimly), then a 20km cycle ride followed by a 5km run.

It’s for a great cause. The Gordon and Tana Ramsay Foundation, set up in 2014, has 235 competitors signed up to Team Ramsay, and money raised for Great Ormond Street has, in previous years, funded research projects and intensive-care equipment.

Does she see herself doing it at 80? ‘My father has just had a hip replacement and has been on this health regime. He’s lost a stone in three weeks and ran his 90th marathon in April with three of his grandchildren and one of his sons. I’d like to aspire to that.

‘At 80, I want to have energy, I want to be saying to Gordon, “Let’s go on holiday with our bikes and panniers, somewhere like Hawaii.”

‘Enjoying our time after working so hard, just ambling around. That’s how I see us.’

Tana’s top five exercises for keeping fit in your 40s

Start in a low lunge, with one knee down and the other leg forwards. Then, engaging your core muscles, switch legs. Do two sets of 30. 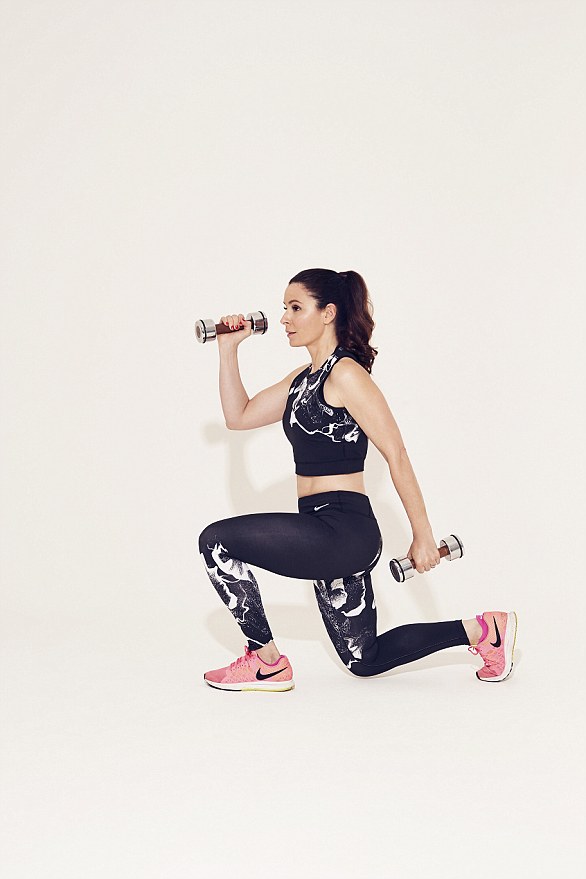 Start in a low lunge, with one knee down and the other leg forwards. Then, engaging your core muscles, switch legs. Do two sets of 30

Keep your back straight and your chest and shoulders up. Bend your knees, focusing on keeping them in line with your feet. Repeat in two sets of 30. 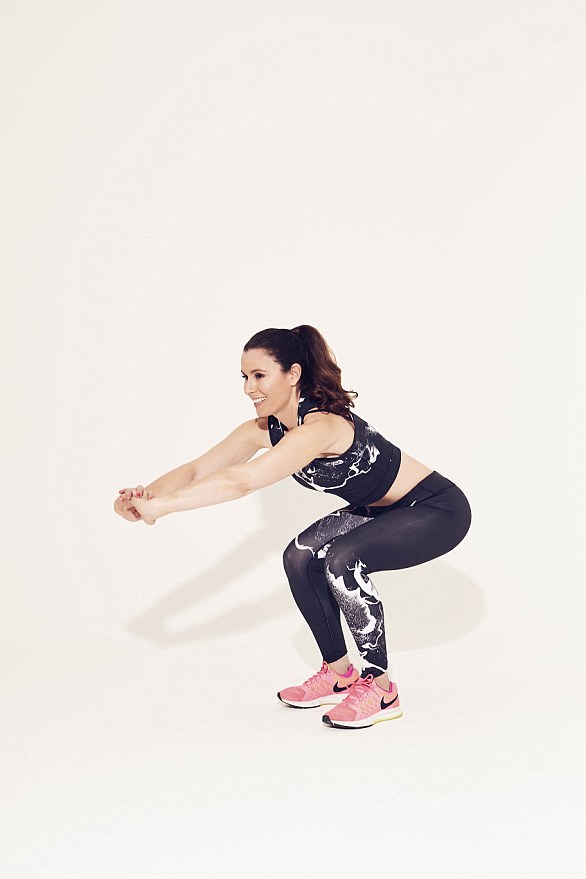 Keep your back straight and your chest and shoulders up. Bend your knees, focusing on keeping them in line with your feet. Repeat in two sets of 30. 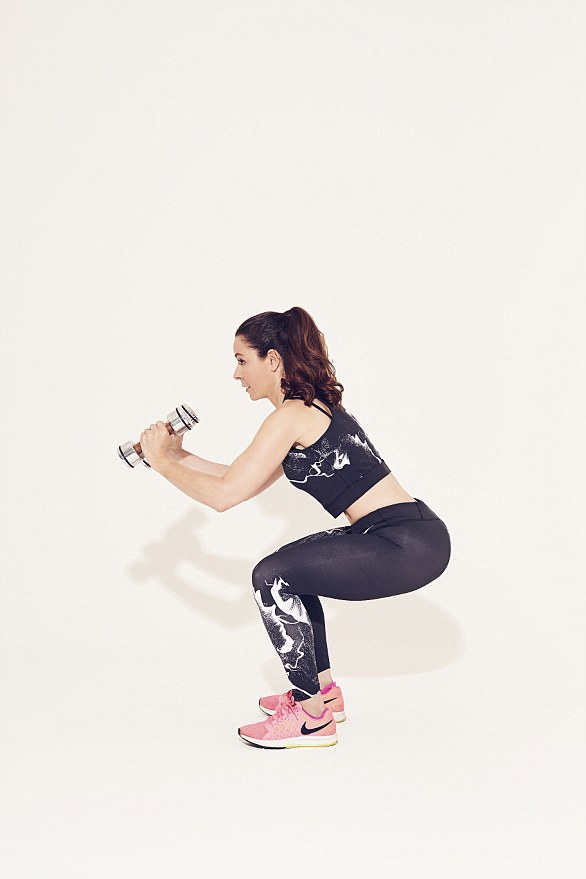 Sit on the floor with your knees bent, feet off the floor, holding a medicine ball a few inches in front of you. Twist the ball to your left, keeping your body facing forwards. Twist right. Aim for two sets of 30 complete twists. 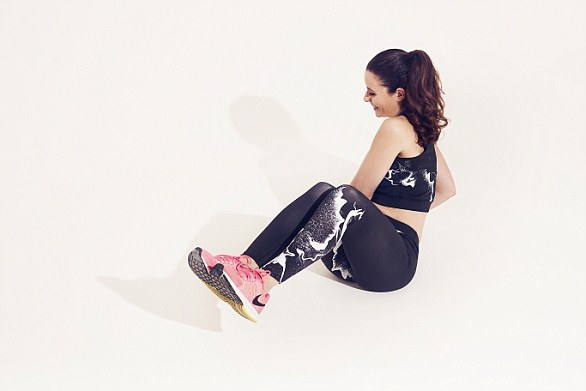 Sit on the floor with your knees bent, feet off the floor, holding a medicine ball a few inches in front of you. Twist the ball to your left, keeping your body facing forwards. Twist right. Aim for two sets of 30 complete twists.

Put your palms shoulder-width apart on a bench or secured chair behind you. Lower yourself from the bench and then push back up. Aim for two sets of 30. Put your palms shoulder-width apart on a bench or secured chair behind you. Lower yourself from the bench and then push back up. Aim for two sets of 30.